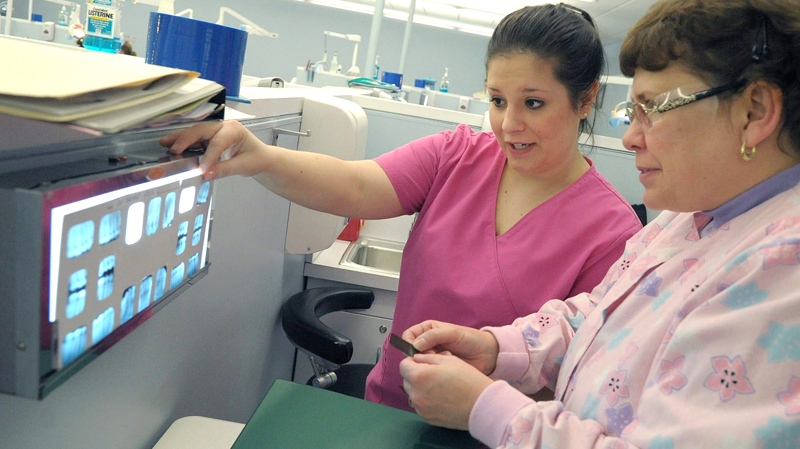 A new study has found a link between frequent dental X-rays and one of the most common brain tumours.

Researchers have found that patients in their study who had meningioma, the brain tumour most commonly diagnosed in the United States, reported having more frequent dental X-rays compared to those in a control group who had never been diagnosed with the disease.

The scientists analyzed data from 1,433 patients with meningioma, who were between 20 and 70 years of age and lived in Connecticut, Massachusetts, North Carolina, the San Francisco Bay area and in eight Houston counties.

Data from these patients was compared to a control group of 1,350 people who had never been diagnosed with this type of tumour.

The scientists found that patients with meningioma were more than twice as likely in their lifetime to have had a bitewing X-ray, the kind where a tab is placed between the teeth.

Patients who said they had received a bitewing X-ray either once a year or more frequently were between 1.4 and 1.9 times as likely to be diagnosed with meningioma.

The researchers also found a link between the tumour and panorex exams, which are taken outside the mouth.

Study subjects who said they had received panorex exams when they were younger than 10 years of age had a 4.9-times increased risk of developing meningioma. Subjects who reported receiving them on an annual basis, or more frequently, were between 2.7 and 3.0 times as likely to develop meningioma.

The findings are published in the online edition of Cancer, the journal of the American Cancer Society.

The researchers acknowledge that dental X-rays are often medically necessary. However, the findings suggest that it may be beneficial to limit their use on some patients, they say.

Dental X-rays are the most common way in which North Americans are exposed to ionizing radiation, which is the primary environmental risk factor for meningioma.

While patients are now exposed to less radiation than in the past, "the study presents an ideal opportunity in public health to increase awareness regarding the optimal use of dental X-rays, which unlike many risk factors is modifiable," lead study author Dr. Elizabeth Claus, of the Yale University School of Medicine and Boston's Brigham and Women's Hospital, said in a statement.

In their conclusion, the researchers point out that the American Dental Association recently issued a statement on the need for dentists to weigh the potential benefits and risks associated with dental X-rays. The statement points out that there is little evidence to support any benefit of using dental X-rays to search for disease in patients who are not exhibiting any symptoms.

It also questions the use of regularly scheduled X-rays as part of routine dental health care.

The researchers then look to areas of further study. They note that early research has suggested, but not confirmed, a link between specific genetic variants and the risk of developing meningioma that is associated with exposure to ionizing radiation.

"As radiation exposure is in many instances avoidable, the need to identify high-risk genetic variants is of great importance to potentially decrease the risk of meningiomas and probably other tumours," they write.