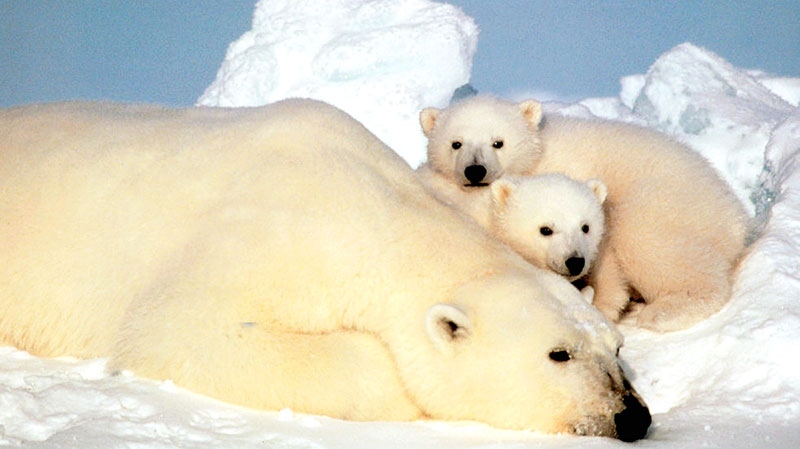 OTTAWA - Do you go with the iPad or the polar bear?

A new report says Canadians would shell out as much money as a trendy tablet to preserve the iconic beast.

"A Canadian household was willing to pay $508 per year to avoid losing Canada's entire polar bear population," the report says.

That's more than Canadians would pay to help drop the St. Lawrence beluga down a rung on the species-at-risk list. The study says each household would pay only $107 if it meant moving the whale to a less serious status from its current "threatened" designation.

Apparently, the belugas weren't quite as charming.

"The difference could be explained by the fact that polar bears receive much more media attention that belugas, even though the beluga is also a charismatic species," the report says.

No, Ottawa isn't considering some new polar-bear tax. Nor are bureaucrats ranking all the at-risk animals. Environment Canada just wanted to know the polar bear's worth as a national icon.

So last year, the department hired a company to put a price tag on polar bears. The Canadian Press obtained a copy of the company's June report under the Access to Information Act.

Turns out the bears are worth billions. Or $6.3 billion, to be exact.

To come up with that number, the authors of the report tried to put dollar amounts to different facets of the bear, such as its cultural and symbolic worth and its value to northern tourism and hunting.

They also determined how wide Canadians would open their wallets to save the bear. The government spent $41,300 on the study. Environment Minister Peter Kent says he wouldn't do it again, at least not until the books are balanced.

"You're quite right to be somewhat skeptical of trying to put a dollar value on the importance of an iconic Canadian species," he said in an interview.

"If you were to ask me what I put the price of polar bears to Canada and to Canadians, I'd say 'priceless."'

Recently, a Conservative senator spurred a passionate debate over national emblems when she suggested the polar bear was a more fitting symbol of Canada than the beaver.

The bears are big business in small northern communities. Sport hunters pay up to $30,000 for the chance to bag a bear. Inuit hunters can get up to $400 a metre for bear hide.

But hunters are banned from bringing bear hides back to the United States, where activists have been trying for years to end Canada's commercial hunt.

Those U.S. efforts suffered a setback last year when an international conservation watchdog ruled polar bears aren't endangered enough to need a worldwide trade ban. Such a ban would have grouped polar bear hides in the same category as elephant ivory.

This summer, Canada put the polar bear on its list of species at risk. The government has three years to come up with a plan to prevent the bears from becoming endangered or threatened.

Canada has about two-thirds of the world's polar bears.