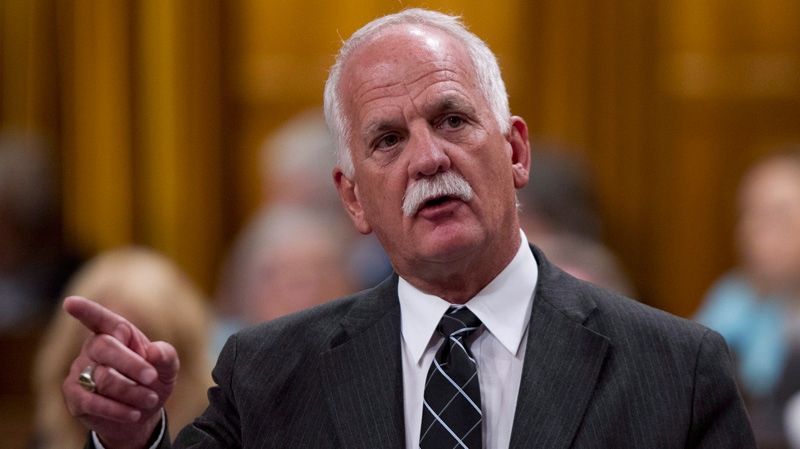 Public Safety Minister Vic Toews responds to a question during Question Period in the House of Commons in Ottawa, Thursday May 17, 2012. (Adrian Wyld / THE CANADIAN PRESS)

The promise came after RCMP Commissioner Bob Paulson voiced frustrations over the current legislation, saying an antiquated discipline process is preventing him from dealing quickly with abuse allegations.

The issue was raised by Cpl. Catherine Galliford, who claims she was the victim of sexual harassment and abuse by former male colleagues, and was highlighted again last week when an Alberta officer who admitted to sexual misconduct was transferred to B.C. instead of being fired.

In question period in Ottawa today, B.C. New Democrat Randy Garrison said the public is losing faith in the RCMP, and the Conservative government has done nothing to deal with sexual harassment in the force.

Toews says he agrees changes are necessary to deal with what Paulson called bad behaviour by a small minority of RCMP officers and the government will bring forward legislation to address RCMP discipline.

He also says he's extremely concerned about the reports of sexual harassment and he supports Paulson's efforts to deal with the problem.