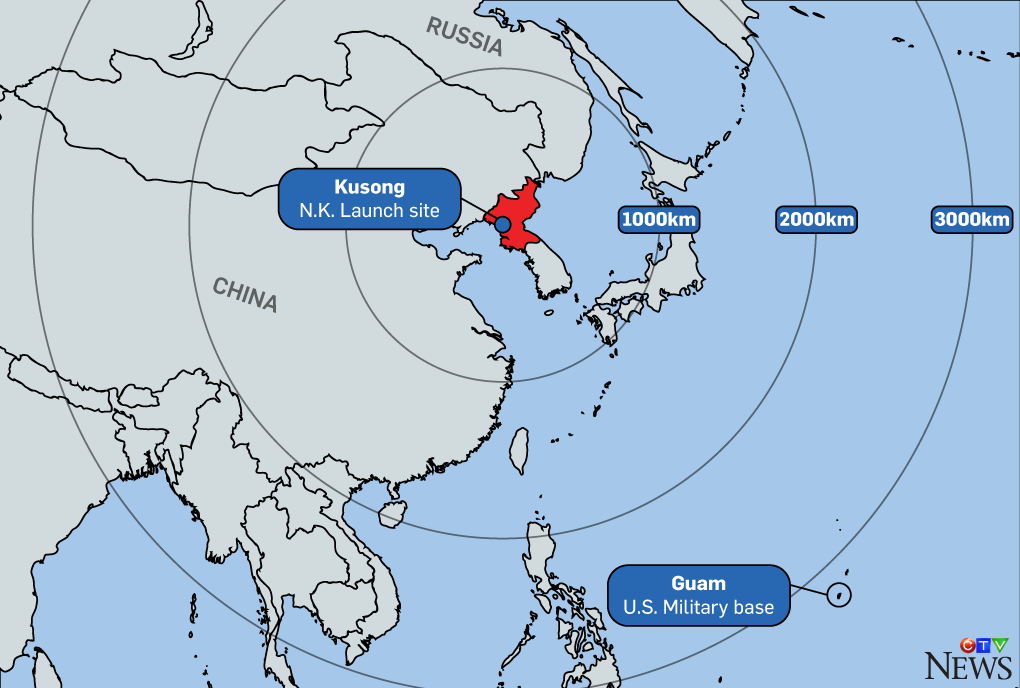 With North Korea claiming they’re examining plans to launch missiles at the island of Guam, many are left wondering why they would risk the wrath of the U.S. to attack a minor American territory.

According to the North Korean army, Guam could serve as a potential “beachhead” for an invasion of North Korea by the U.S., as it plays home to Andersen Air Force Base and Naval Base Guam. Only 3,400 kilometres from the Korean peninsula, the bases house American bombers, submarines, and other ships in the Pacific.

In light of the threats made by North Korea and U.S. President Donald Trump’s warning that he would retaliate with “fire and fury”, CTVNews.ca looks at the history and scope of North Korea’s missile program. 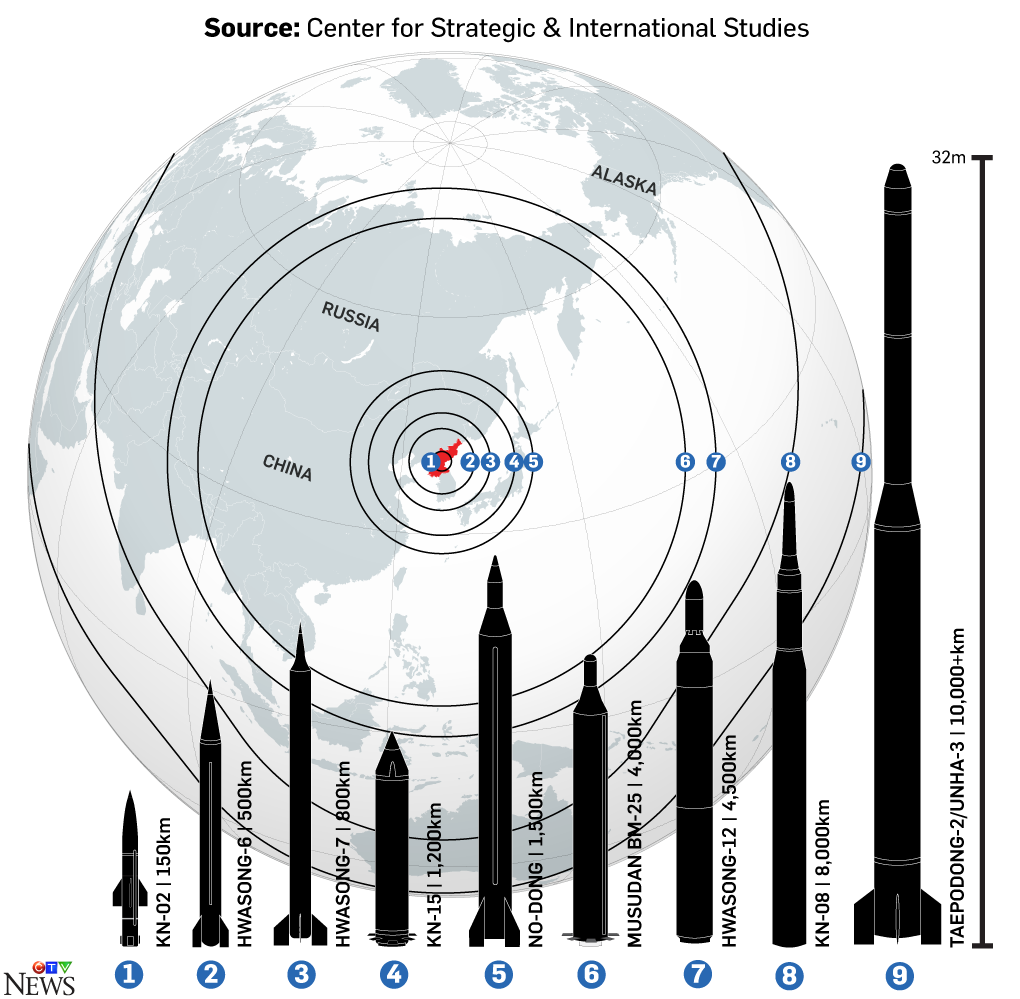 According to Missile Threat, a project run by the Center for Strategic & International Studies, North Korea currently has nine different models of operational missiles, with up to 10 more in development.

These missiles range from short range Scud missiles, a series of missiles first developed by the Soviet Union during the Cold War, to long range intercontinental ballistic missiles, like the Taepodong-2.

It’s believed that North Korea has been able to develop some of the technology required under the guise of its Unha space launch program, with the Taepodong-2 sharing the technology base of the space-launch Unha.

These ICBM missiles are estimated to have a range of up to 10,000+km, which would allow North Korea to strike Japan, Guam, Hawaii, and potentially Alaska and the continental United States. 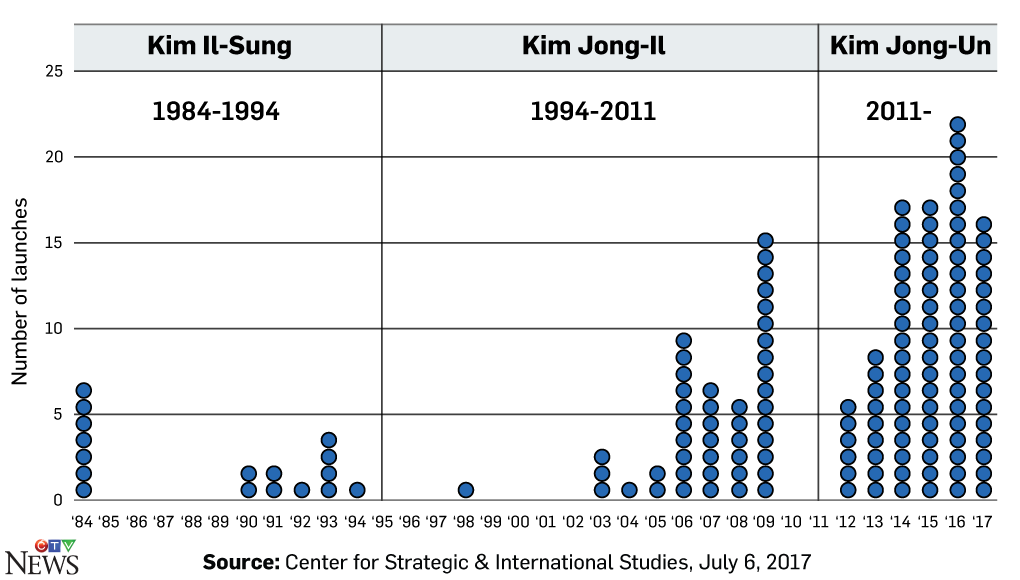 North Korea’s history with missile launches dates back to 1984, when they first launched a Soviet Scud-B – the result of five years of development using Soviet technology and a Launchpad from Egypt.

Since then, they have continued to develop new missile technology, including their development of nuclear weapons following their withdrawal from the Non-proliferation Treaty in 2003.

Missile testing became a more frequent occurrence after Kim Jong-Un took power, with 2016 seeing the country undertake 23 missile tests. 2017 is on pace to potentially best that number, with 17 launches as of July 6.