While Ontario PC Leader Doug Ford Jr. has been grabbing headlines during the Ontario election, he is certainly not the first Ford to attract national news attention. And he may not be the last.

The Ford family is a three-generation political dynasty, with nephew Michael the youngest to enter office successfully and whispers of a few female members of the clan being interested as well.

Here's a look at the Ford family tree, and the role that the four political Fords have played – and are playing -- in Canadian politics. 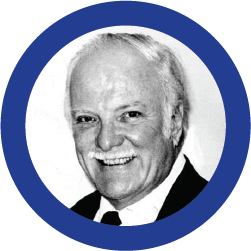 Family patriarch and self-made millionaire, Douglas Ford Sr. was a businessman who co-founded Deco Label & Tags Limited in 1962. He and his wife, Diane, had four children – Kathy, Randy, Doug Jr. and Rob.

Ford Sr.’s venture into politics was the family’s first, serving one term as the Progressive Conservative MPP for Etobicoke-Humber from 1995-1999.

After losing the nomination to Chris Stockwell when their ridings were amalgamated into Etobicoke Centre, Ford returned to his business and family life until his death in 2006 of colon cancer. 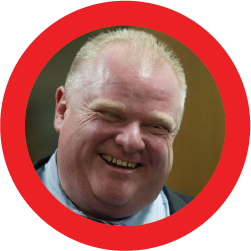 Rob Ford was the first of the Ford sons to show political ambitions, running for Toronto city council in 1997. His first attempt ended in defeat, but his second run in 2000 for Ward 2 councillorship was successful, with Ford defeating incumbent Elizabeth Brown in an upset victory.

Ford served three terms as a city councillor, and throughout his decade in office he became known for impassioned speeches against overspending, and bicycle lanes, as well as for the criticism he received for his off-colour remarks.

By his final term, he enjoyed strong support in the pre-amalgamation suburbs of Toronto, and was able to build off this support to win the 2010 Toronto mayoral election.

But Ford’s time in office was marred by scandal, his personal problems with alcohol and drugs resulting in parts of his mayoral powers being handed to Deputy Mayor Norm Kelly for the remainder of his term while Ford entered rehab.

Despite the controversy, Ford registered as a candidate again for the 2014 mayoral election and was polling in second place, but had to withdraw from the race after the discovery of a tumour in his abdomen, which was subsequently found to be cancerous.

Ford instead ran for his old position in Ward 2, and won, serving his term until his cancer reemerged in 2015. 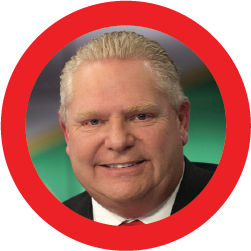 Though Doug Jr. apparently had political ambitions as far back as 1993, he went into the family business and took over Deco Labels as president in 2002. Under Doug Jr.’s leadership, the company successfully expanded into Chicago, and in 2008 purchased Wise Tag and Label in New Jersey. Since 2011, he’s served as a co-director of the company, while leaving management to his older brother, Randy.

After Rob decided to run for the Mayor’s office in 2010, Doug Jr. served as his campaign manager, while also running his own campaign for Ward 2 councilllor. Like his brother, Doug Jr. based his platform around the idea of keeping taxes low and building subways, and with the Fords’ suburban support, was able to win the seat.

As councillor, Doug Jr. was an active member of city boards, trying to overhaul plans for subway expansion and the development of Toronto’s waterfront in his first year in office. However, he also had the third-worst attendance on council, missing 54 per cent of the city council votes in 2014.

While in office, he was Rob’s right hand man, serving as the media spokesman for his brother and as an ardent defender of his brother’s actions, particularly during the scandals.

After Rob withdrew from the mayoral race in 2014, Doug Jr. stepped in and took over the campaign. He maintained the support in the polls that Rob had gained, but failed to build greater support, and lost the election to John Tory.

He planned to run against Tory again in the 2018 election, announcing his candidacy at his family’s annual Ford Fest barbeque event, in memory of his brother. The campaign was abandoned in early February to focus on his campaign for PC leader: a race that Doug Jr. narrowly won on the third ballot. 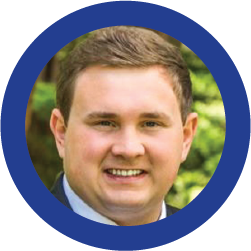 The son of Kathy Ford and Ennio Stirpe, Michael dropped his father's surname and took on the Ford name in 2014 before he commenced his campaign for city councillor. After volunteering with his uncle’s campaigns, Michael entered politics in the 2014 Toronto election.

Michael was initially a candidate for Ward 2 councillor, but withdrew after Rob registered to run for the seat. He instead transferred his candidacy to the school board race, becoming the Toronto Public School Trustee for Ward 1.

After his uncle’s death, Michael ran for his vacant council seat, winning the by-election with 69.53 per cent of the vote. He campaigned on a familiar call for customer service and lower taxes, echoing the platforms his uncles made their names on.

Despite the name change and familiar election talking points, Michael has made it clear that he’s his own man. He may have gained initial support from his name, but since his election he’s become known for being more soft-spoken and moderate than his uncles.