6 days in dystopia: W5 goes inside the secret state of North Korea

It was just a blue strip of fabric with Korean characters and the letter “P” embroidered in white.

But, in that moment, and for the next 20 minutes or so until I found it, the loss of that blue armband triggered in me an indescribable wave of panic.

Welcome to North Korea, a breeding ground for fear and paranoia. If you’ve read "1984" or "The Handmaid’s Tale," you’ll have a taste of what life is like in the Hermit Kingdom.

It is a dystopia ruled by 3 generations of despots who’ve groomed their own people through cult of personality leadership aimed at brainwashing the masses.

The regime controls every movement and attempts to control every thought. Those who dare try to escape risk prison or execution. Citizens are required to show complete devotion to their leader.

Every adult must wear a pin with the leaders faces on it. Each home must have portraits of both former leaders prominently displayed. Citizens are not allowed to choose their profession. They have no access to internet. They have no independent media. They live in the most isolated country on earth, almost completely sealed off from the outside world.

Reading this in an app? Tap here for the mobile experience


In North Korea, neither foreigners nor citizens are allowed to travel freely. Pyongyang is made up entirely of the super elite. Those relegated to other parts of the country must get special permission to visit their own capital. Foreigners are not allowed to walk the streets on their own, and even with an ever-present minder, most travel is restricted to monuments with almost no access to regular citizens.

Pyongyang is a city enveloped in an eerie quiet. Despite a population of three million people, there is almost no noise. In fact, there are so few cars on the streets that most intersections have no traffic lights.

Instead guards, most of them women in uniform, patrol near non-existent traffic.


Journalists are banned from North Korea except by special invitation.

After months of negotiations, a W5 team was granted visas for the nation’s 70th anniversary. We knew we would be severely restricted on where we could go and what we could see.

We didn’t know about the blue armbands. Nor were we prepared for the 10-page document that was handed to us on arrival.

“One night, I pulled the desk away from the wall, and saw the most extraordinary number of wires coming out of the so-called radio.”

Our minder, a man who would be our shadow for the six days we spent in the capital, told us the armbands were to be worn so we would be “conspicuous” as journalists.

And the document we received outlined a long list of punishments for breaking rules. Among them: Up to 10 years hard labour for reporting on anything that could disrupt the relations between North Korea and a foreign government.

We were invited into the country, along with dozens of other foreign media, as part of an elaborate public relations push orchestrated to send a message to the outside world about the regime’s military might and economic strength.

We were whizzed around in buses to see factories, take in the military parade, the mass games and the torch ceremony. Only once were we allowed to deviate from the bus tour.

After days of begging, pleading and demanding we were finally taken by taxi to central Pyongyang to get some shots of the monuments, with three minders telling us what we could shoot and for how long.

In our entire time we had just one, very brief, chat with a family on their way to lay flowers at the feet of two towering bronze statues of the former leaders, Kim Il Sung and Kim Jong Il.

Predictably, they told us about their devotion to current Supreme Leader Kim Jong Un. 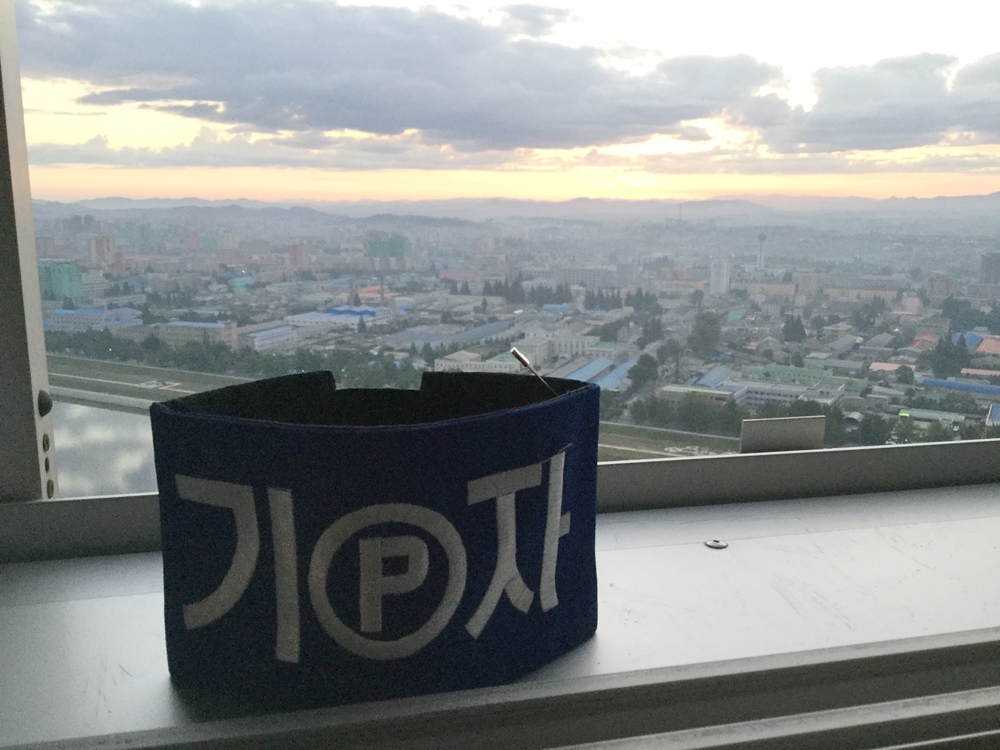 Back to the blue armband.

It was made very clear that this was to be worn at all times, even when we were walking around our hotel. The Yanggakdo Hotel has been nicknamed Alcatraz. Forty-six stories high with a revolving restaurant that doesn’t revolve, it sits on a peninsula, surrounded by water with one road in and out.

It overlooks Pyongyang’s remarkably modern skyline. This is the same hotel where American tourist Otto Warmbier was accused of trying to steal a propaganda poster from the secret fifth floor, which is not accessible by elevator and is believed to house staff quarters and surveillance equipment.

Warmbier was sentenced to 15 years hard labour and died under mysterious circumstances after his release was negotiated in 2017.


This is a place where the feeling of being monitored is omnipresent. In each room, as an example, there is a large radio built into the night table that sits between two single beds. The radio is strange to begin with because it doesn’t even have a dial for choosing a channel.

One night, I pulled the desk away from the wall, and saw the most extraordinary number of wires coming out of the so-called radio. 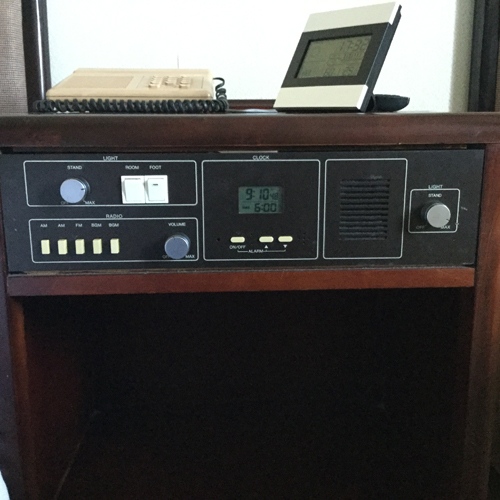 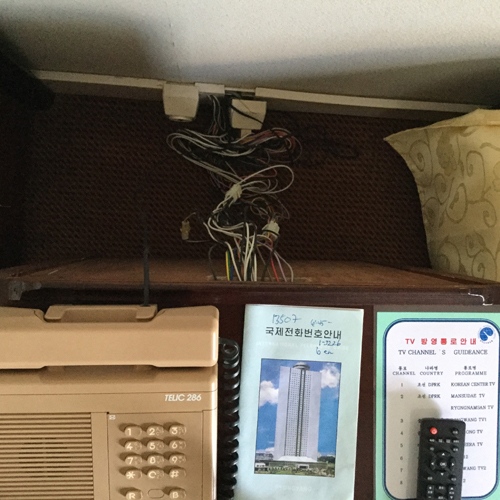 Every morning, teams of journalists would congregate in the ornate foyer of the hotel, waiting to connect with their minders to learn what we would be doing that day.

And always there were elaborate and disorganized security checks that resulted in hours of standing in lines so every piece of equipment could be checked by a gaggle of guards at the hotel.

And, of course, we were required to wear those blue armbands. The problem is, they were too big for most arms and needed to be attached with a safety pin. My pin broke on the first day, so I had to get creative.

One day, I used an elastic band. Twice I wore shirts with tabs that secured the armband when I rolled up the sleeves. But, on this night, after hours of standing in the security-check line, and just as the entire group of foreign media had been cleared to board the buses, I glanced down at my arm.

“I don’t know what would have happened if the armband hadn’t been found.”

One of the minders gently took my elbow and steered me through the hotel, telling me we would retrace my every step together. And we did. For a good 15 minutes.

His tone got harsher as he told me that journalists often try to steal armbands as souvenirs and that none of my colleagues could be trusted.

One of them must have taken it, he said, as he instructed me to go up to each and every one of them. He started pointing out journalists and directed me: “Ask him, ask her.” I was told no one was going anywhere until my armband was found.

Finally, a fellow television journalist remembered seeing it on my arm at the security check. And there it was, just a stupid blue strip of cloth, down on the ground. My relief at its discovery was proportionate with the terror at its loss.

I don’t know what would have happened if the armband hadn’t been found. Likely, I would have been fined and been barred from the excursion. Maybe other journalists would have been searched. But in a country like North Korea you imagine the worst.

You remember Otto Warmbier; you think about the hard labour sentence handed to the tourist who left a bible in the back of a toilet; and the other rare instances where foreigners break some bizarre rule and never make it out of the country.

It took just a few days in North Korea for my rebellious spirit to be quashed and replaced with fear, paranoia and an uncharacteristic zeal to be obedient. If they could do this to me in just a few short days, it’s no wonder the Kim dynasty has managed to keep a grip on its people for 70 long years.