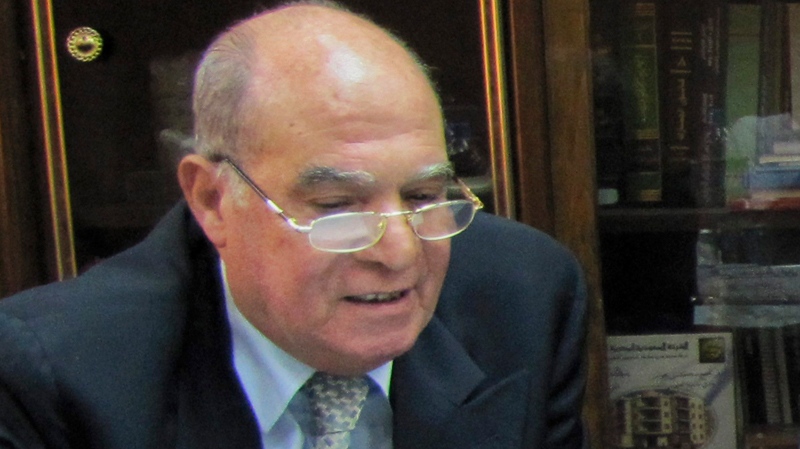 NEW YORK - As a former chairman of a major Egyptian bank awaited his first court appearance Tuesday on charges he sexually assaulted a maid at a luxury Manhattan hotel, an industry official said more needed to be done to protect hotel workers.

Businessman Mahmoud Abdel Salam Omar is accused of sexually assaulting the maid at The Pierre hotel, near Central Park and Fifth Avenue on the Upper East Side, becoming the second leader of global finance in recent weeks to face similar allegations.

Dominique Strauss-Kahn, the former leader of the International Monetary Fund, is under house arrest as he awaits trial on charges he sexually assaulted a maid at the Sofitel hotel, near Times Square, on May 14. The once-contender for president of France has denied the allegations.

Police said they weren't aware of any other recent cases in which hotel workers were attacked in the city.

In light of the attacks, Joseph E. Spinnato, president and CEO of the Hotel Association of New York City, a trade association representing the hotel industry, said he was looking into a lawmaker's proposal to mandate hotel room cleaning staff carry small electronic alarms with buttons that could be pressed to alert security in the event of an emergency.

"The safety of our hotel workers continues to be of primary importance to all members of the Hotel Association of New York City," he said.

In the most recent case, police say a maid was called to Omar's room Sunday evening to drop off tissues. But once inside the room, police said, the 74-year-old Omar would not let her leave and touched her inappropriately.

The maid broke free and told her superiors that she was assaulted that night, but they said it was best to wait until the following morning to report it to the security director, a law enforcement official told The Associated Press on Tuesday. The director called police Monday morning.

Officers canvassed the hotel room and the area around the hotel but didn't locate Omar. They returned about two hours later and found him in the lobby of The Pierre, where they arrested him at about 11 a.m., the official said, speaking to the AP on condition of anonymity because the investigation was ongoing.

New York Police Department spokesman Paul Browne said detectives found the complainant to be credible. He refused to comment on the nature of the attack and would not say whether Omar had made any statements to officials when he was arrested.

It was unclear when Omar was slated to check out or how long he had been in New York before the maid said she was attacked. There was no immediate information on whether Omar had an attorney. He was held Monday night at a police precinct and was transferred Tuesday morning to a booking facility near a Manhattan courthouse.

A spokeswoman for the Egyptian consulate in New York City did not immediately return a call seeking comment Tuesday.

Omar is the board chairman of the El-Mex Salines Co., a state-run salt production company, according to the company's website. It is the largest salt producer in Egypt and the Middle East, the website said.

Company officials could not immediately be reached for comment.

The Pierre said it will "fully comply with the investigation," according to a statement read over the phone by a hotel manager.

"The Pierre's priority is the safety of our guests and staff," said the statement from the hotel, which is owned by Taj Hotels Resorts and Palaces of India.