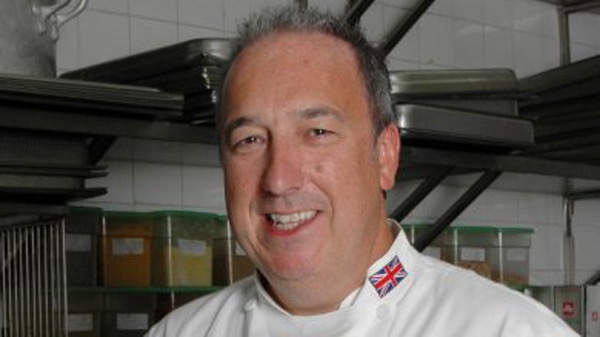 With Prince William and Catherine Middleton's nuptials fast approaching, and details of the wedding celebrations few and far between, CTV.ca sought the help of a former royal chef to imagine what delights the newlyweds might be serving their guests.

When I hear someone's been to a fabulous wedding, the first question I ask isn't about what the bride (and groom) wore, it's about what they served for dinner.

So, it's only reasonable to wonder what might be on the menu at the event billed as the wedding of the century so far.

To be sure, we don't know much yet.

What we do know, according to a Jan. 5 tweet on Clarence House's official Twitter feed, is that Her Majesty the Queen is having everyone back to the palace for a private reception following the ceremony, with Prince Charles hosting his own private dinner-do at Queen Elizabeth official London residence later that evening.

While there's been no word on the menu, it's not too hard to guess what a royal might be eating. After all, many of the dishes have been on the menu for hundreds of years.

Legend has it, for example, the Queen only allows one cake to be made at Buckingham palace, a rich chocolate sponge and ganache recipe that dates back to Queen Victoria.

Of course, speculation is that, given young William's fondness for eating out, a celebrity chef might be making an appearance. But, according to the man who cooked for William growing up, it isn't likely the young prince and his bride will be serving guests many "trendy" menu items.

Chef Darren McGrady was a chef at Buckingham Palace for 11 years before he became Diana's private chef in Kensington after she split from Charles.

"Because William and Harry are still young and they love to party I'm thinking of upmarket sliders or maybe a mashed potato martini bar and fun foods," McGrady told CTV.ca

But the fact is the royal dining table is rooted in the custom of serving food that is unabashedly conservative, labour intensive, high quality and intentionally impressive.

Turned vegetables uniformly hand-trimmed to the same size and shape, for example, were perfected to impress guests of the royal court.

Then there's the fact it's also banquet food -- more or less invented to feed the royal courts -- which means it must withstand being cooked and served in daunting quantities.

In the past, the morning of a royal wedding would feature an elaborate example of such royal cuisine in the form of a multi-course, sit-down breakfast.

You'd have to go back to the 1986 wedding of Prince Andrew to Sarah Ferguson for the last traditional wedding breakfast, though. Before them, Charles and Diana did the traditional wedding breakfast in fine style, serving their 120 guests a menu that featured delicate fish dumplings in lobster sauce, lamb-stuffed chicken breast and strawberries with cream. And the requisite toasts with some exquisite tipples.

But the notion of an elaborate sit-down breakfast seems to have fallen out of favour since then. And this year, given the austerity measures being asked of recession-strapped Britons, an ostentatious display might be in poor taste.

Instead, the couple seems to be going for the more-humble approach taken at the 1999 wedding of Prince Edward to Sophie Rhys Jones, even if their buffet approach didn't sit well with the Queen.

Rather than risk standing in line for her dinner of lamb with mint sauce, new potatoes, spinach with mushrooms and buttered broad beans, the Queen arranged a sit-down meal for herself, Prince Philip and the Queen Mother that day.

While the Queen may have mellowed on the protocol since then, McGrady says, William and Catherine's reception menu will likely stick to many of her tried-and-true favourites.

"Her majesty was not a huge fan of new foods, but she was prepared to try some of them," McGrady said of Her Majesty's royal palate. "I know that we always stayed away from garlic and lots of onions, as the Queen didn't like those."

So what will be on the menu?

The reception menu served at the wedding of William's father and Camilla Parker-Bowles points to the type of simple, traditionally British fare one might expect the Queen to lay out for her 600 lunchtime guests.

Following their 2005 civil ceremony, the Prince and Duchess of Cornwall served guests a trio of open-faced sandwiches -- egg and cress on granary bread for the vegetarians, alongside smoked salmon on brown bread and roast venison with Balmoral redcurrant and port jelly on white. There were also mini cornish pasties and grilled vegetable tartlets. Plus caramel banana slices, caramelised lemon tarts, fruit cake, glazed fudge and scones with cream and jam.

"I'm expecting to see lots of smoked salmon, perhaps fished out of the River Dee in Balmoral, as well as the traditional dishes like gougons of fish, good old English sausage rolls and the more traditional British canapés," McGrady told CTV.ca

In addition to a selection of sweets, pates of smoked trout, crab cakes and mini quail scotch eggs might round out the afternoon offerings.

When it comes to the dinner served at the private party hosted by Prince Charles that evening, however, McGrady wouldn't be surprised by a few more small concessions to the young newlyweds' more modern tastes.

"(I expect) fun foods, and foods a little bit spicier than the food that Queen would have had at her party because this is going to be a fun, young party crowd as opposed to the wedding breakfast where you've got guests like the Archbishop of Canterbury."

But, considering Prince Charles is hosting the night's party, don't expect giant bluefin tuna sushi. Instead, ingredients for the meal are likely to be sourced from the bounty found on the royal estates that dot the British Isles.

Charles' famous Duchy Home Farm at his Highgrove House near Tetbury in Gloucestershire, for example, with its crops of sustainable produce and stocks of rare breed pigs, cattle and sheep, is a constant source of pride for the unabashed advocate of organic agriculture.

The dairy farm at Windsor Castle, which provides the royals with all of their milk and butter, is famous for a particularly unctuous cream so thick a spoon can stand in it. Those who've enjoyed it with Balmoral strawberries swear the cream is thicker and richer than the world famous Cornish clotted cream.

The Sandringham Estate is prized for its apples, peaches and blackcurrants -- most of which are pressed into the famous fruit drink concentrate Ribena.

And the Balmoral Estate in Aberdeenshire, Scotland is known for its salmon, game birds and venison, not to mention the Royal Lochnagar Single Malt whisky distillery located there.

While the ingredients sound simple enough, as befits a meal to be served in glare of a public eye clouded by Britain's financial troubles, their quality sets them apart.

"It's not going to be a beans and rice wedding. It really is not. They're still going to have the best china and the best gilt and the best cutlery and the beautiful rooms and also the best foods, but it will be a step down," McGrady said, conceding that Britons' taste for an over-the-top display of royal excess has soured of late.

That means, even though the organic spring lamb, or beef tenderloin, or whatever anchors the dinner menu will be top quality, it likely won't be served beneath a silver dome.

Instead, speculation is rife dinner guests will be invited to get their dinner buffet-style. Just don't picture long queues of starving guests clawing for the last crab claw. Rather, a royal buffet is a dignified affair with lots of serving points manned by legions of footmen and butlers standing ready to serve.

"The royal family don't want it to be known as a buffet because the buffet has all the connotations of an all-you-can-eat," McGrady cautioned, noting that the celebration dinner, like any meal served to the royal family and their guests, will be made from the best ingredients cooked to the highest standards.

The trick then, is preparing it well -- a task that falls on the shoulders of the 20 chefs who cook for the Queen wherever she goes.

As McGrady explained, the timing of the wedding means getting it all done will pose a significant challenge.

"They're already under pressure," McGrady said, explaining that, "the timing for the wedding is not good from the kitchen's side because the chefs will already be coming from Easter court at Windsor Castle on the 25th, the day after Easter Monday."

That gives them just a few days to prepare more than 10,000 hors d'ouevres -- approximately 20 individual nibbles for each of the 600 guests -- to be served at the Queen's lunchtime reception.

Then, when the reception's over, the kitchen has just a few short hours to turn around and cook dinner for 300.

"For a start all leave will have been cancelled," McGrady said.

No matter the menu, or the controlled chaos raging behind-the-scenes, McGrady says guests can look forward to the royal treatment. After all, even if the meal amounts to burgers and mashed potatoes, it'll be fit for a (future) king.

"When you come for a dinner at the palace, it's a dining experience," the former royal chef said, noting that eating anything served on china hand-painted in the 1700s, "that in itself is an experience."

Kieron Lang is a freelance writer who covers news and current affairs for CTV.ca, as well as a certified chef trained in the kitchens of Order of Canada recipient Chef Jamie Kennedy. When he’s not in the newsroom, Kieron can be found at home, experimenting with new recipes to feed his wife and three hungry kids.