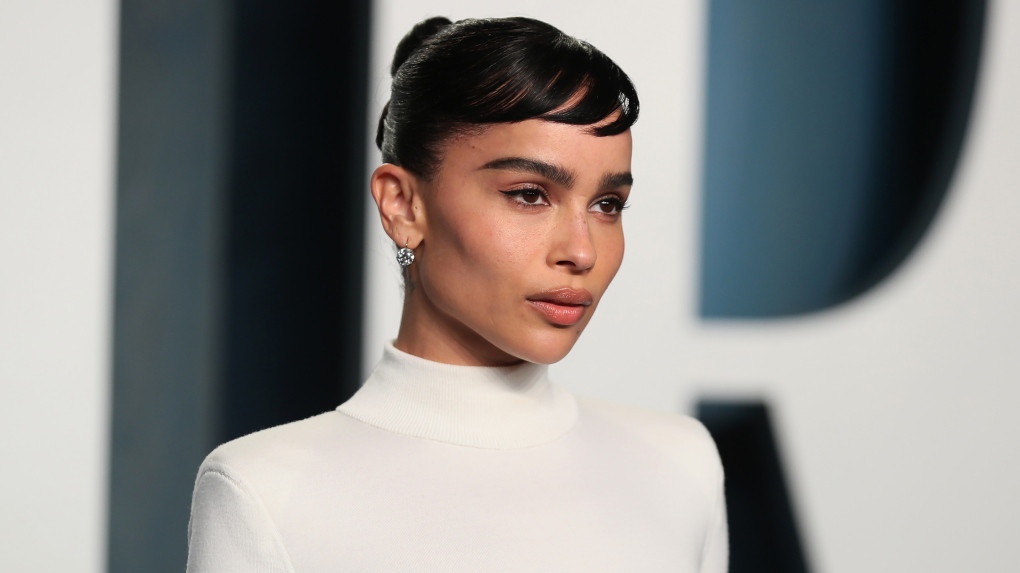 After Will Smith famously slapped Chris Rock during this year's Academy Awards ceremony, Zoe Kravitz, seen here in Beverly Hills on March 27, posted red carpet photos of herself at the event on social media with a certain caption. (Danny Moloshok/Reuters/CNN)

After Will Smith famously slapped Chris Rock during this year's Academy Awards ceremony, Zoe Kravitz posted red carpet photos of herself at the event on social media.

"Here's a picture of my dress at the show where we are apparently assaulting people on stage now," she wrote with in caption.

That didn't go over well with some on the internet and Kravitz now says, "It's a scary time to have an opinion or to say the wrong thing or to make controversial art or statements or thoughts or anything."

Reflecting on it, Kravitz said she is "torn about what to say right now, because I'm supposed to just talk about it; I have very complicated feelings around it."

"I wish I had handled that differently,' she said. "And that's OK."

These days, she said, she'd rather express herself through her art, which includes her directorial debut, "P***y Island."

One of it's stars is her now boyfriend, actor Channing Tatum.

He told the publication he didn't know Kravitz prior to the project, but has full faith in her handling of the film.

"Of the people that I could name who I think have a real shot at coming out of the gate making something really distinctive and strong, she's at the top of that list," he said. "Having said that, you really don't know somebody until they show up on day one as the director."

As PM suggests Hockey Canada could be replaced, which sponsors have pulled support?

Canadian businesses are able to pass on a new credit card surcharge to their customers starting today, although it remains to be seen how many merchants decide to adopt the new fee.

Even as the Kremlin moved to absorb parts of Ukraine in a sharp escalation of the conflict, the Russian military suffered new defeats that highlighted its deep problems on the battlefield and opened rifts at the top of the Russian government.

Where have Russians been fleeing to since mobilization began?

Russians have piled across the border to neighbouring states since President Vladimir Putin announced a partial mobilization on Sept. 21 for the war in Ukraine. A look at how many people have crossed and how countries are reacting.

Man charged with smuggling pythons in his pants at Canada-U.S. border

A New York City man has been charged with smuggling three Burmese pythons in his pants at a U.S-Canadian border crossing.