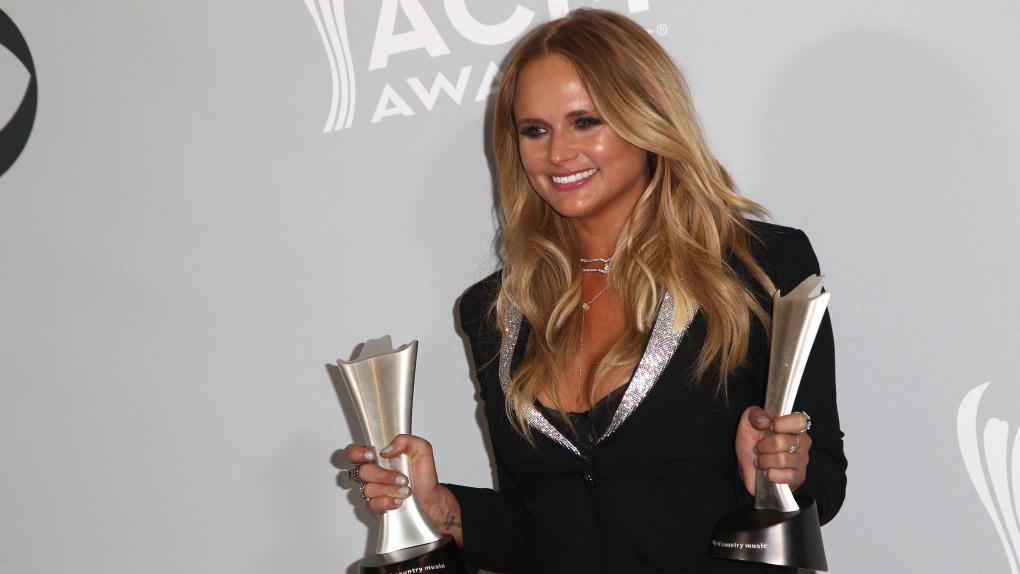 Miranda Lambert poses with the awards for Female Vocalist of the Year and Album of the Year, in the press room at the 52nd Academy of Country Music Awards on April 2, 2017, at the T-Mobile Arena in Las Vegas, Nevada. (Tommaso Boddi / AFP)

NASHVILLE -- It's a wide-open field for this year's CMT Music Awards as four artists have a leading three nominations each: Brothers Osborne, Miranda Lambert, Maren Morris and Zac Brown Band.

Nominations for the awards, to be held on June 5 in Nashville, Tennessee, were announced Tuesday and fan voting is now open at vote.cmt.com . Grammy-winning act Little Big Town, who are nominated for two awards, are returning for a second year as hosts for the show airing live on CMT from Nashville, Tennessee.

Fourteen videos are in the running for video of the year, and the top five nominees in that category will be announced the morning of the show.

The pop-friendly awards show also celebrates non-country acts who collaborate within the genre. Taylor Swift, who has won three CMT video of the year awards before crossing over to pop, has two nominations along with Sugarland for their duet called "Babe" and pop singer-songwriter Julia Michaels also earned two with Keith Urban for their duet called "Coming Home."

Americana artist Brandi Carlile picked up two nominations, including female video of the year for her song "The Joke," despite it not being played on country radio. In addition, Shawn Mendes, Boyz II Men and Leon Bridges also all earned nominations for CMT performance of the year after collaborations with country artists on the cable channel's shows.

A previous version of this story incorrectly listed Luke Combs as a leading nominee with three nominations. He has two nominations.