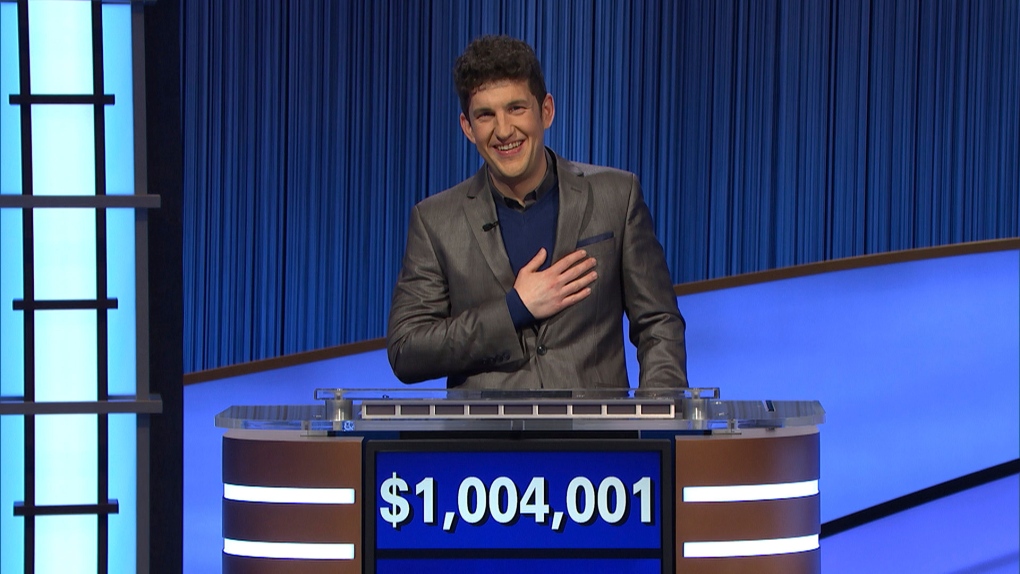 NEW YORK -- Matt Amodio's historic run on "Jeopardy!" has now won him more than US$1 million in non-tournament play, making him the third person in the show's history to pass that mark.

Amodio's latest milestone came at the end of temporary host Mayim Bialik's first week back behind the lectern in the wake of the departure of host and executive producer Mike Richards. Bialik will share hosting duties with Jennings through the end of the year.