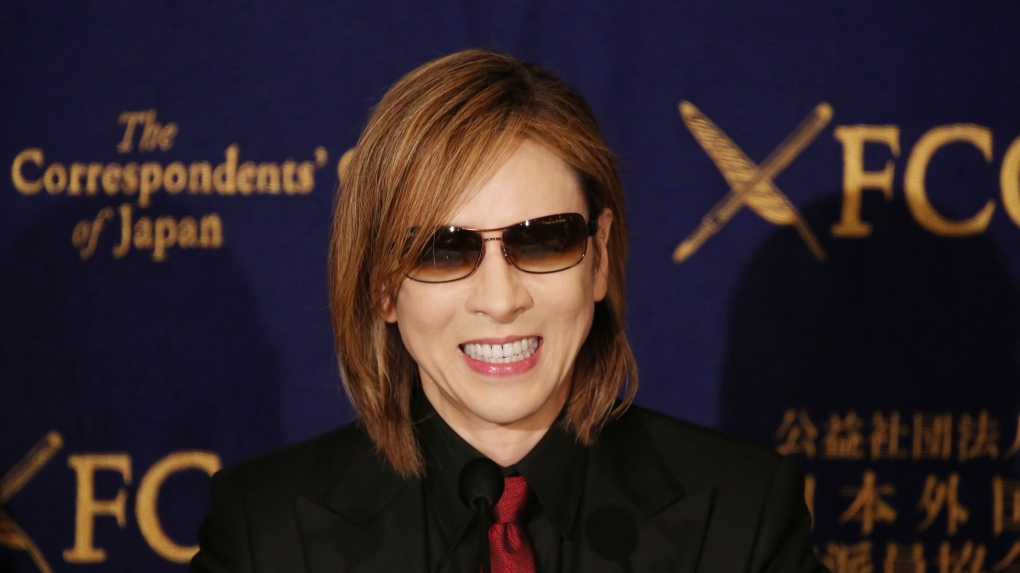 TOKYO -- Legendary Japanese rock band X Japan is hoping its new album will find success in the U.S. now that there is more interest in the West in music from Asia.

X Japan leader Yoshiki said Thursday that America wasn't ready for Asian rock music when he moved there 25 years ago, but now people there seem to enjoy pop and rock from Japanese, South Korean and Chinese artists.

"Of course I had a dream ... we wanted to be the biggest rock stars in the world but 25 years ago they were not ready at all," Yoshiki said at a Tokyo news conference. In the U.S. map of rock and pop music, Asia didn't exist, he said.

"I'm going to contribute to changing the map of the entertainment industry in the world," said Yoshiki, who uses one name.

The market is already changing. South Korean boy band BTS and some other K-pop groups have already achieved a following in the U.S.

"Finally, after all these years, if there is a wall in between the east and the west, the wall has become much thinner and smaller," Yoshiki said.

After debuting in 1982, the group surged to stardom in Japan, and even former Prime Minister Junichiro Koizumi was a big fan. Their U.S. debut a decade later was a disappointment in part because of the language barrier. The group broke up in 1997 after its main vocalist, Toshi, became influenced by a cult and left, and guitarist Hide hung himself a year later. The group reunited in 2007 with Toshi and new members.

Yoshiki spoke at a news conference promoting the band's first studio album since "Dahlia" in 1996, as well as upcoming concerts. No release date has been set for the still-unnamed album, which took 10 years to complete. "I'd like to compose music that lasts for a hundred years," like Mozart and Beethoven, Yoshiki said.