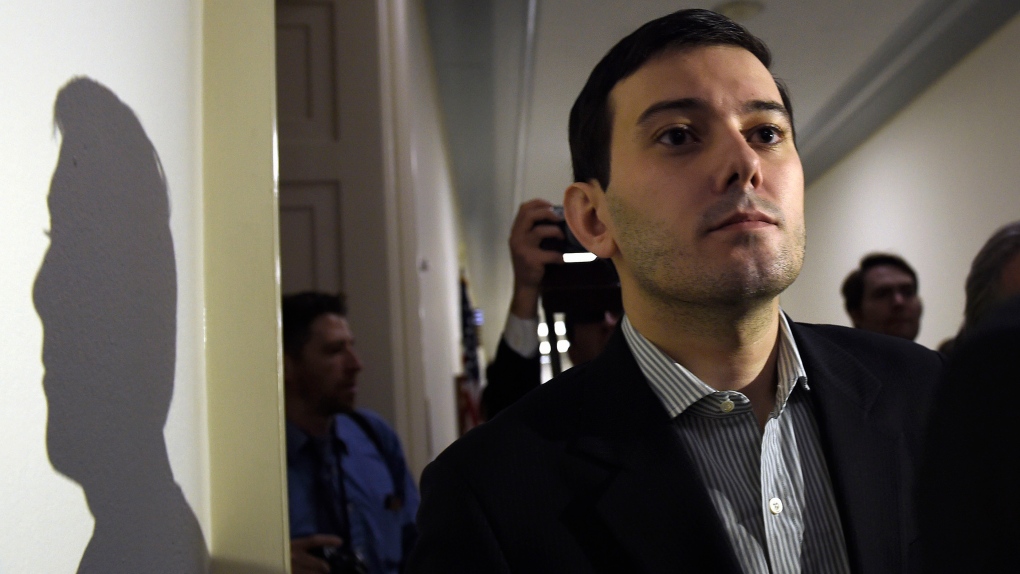 NEW YORK -- An unreleased Wu-Tang Clan album forfeited by Martin Shkreli after his securities fraud conviction was sold Tuesday for an undisclosed sum, though prosecutors say it was enough to fully satisfy the rest of what he owed on a US$7.4 million forfeiture order he faced after his 2018 sentencing.

The entrepreneur known as "Pharma Bro" once boasted that he paid $2 million in 2015 at auction for "Once Upon a Time in Shaolin," the 31-track double album the multiplatinum rap group spent six years creating.

"With today's sale of this one-of-a-kind album, his payment of the forfeiture is now complete," Acting U.S. Attorney Jacquelyn M. Kasulis in Brooklyn said in a release.

Authorities said the sales contract for the album contained a confidentiality provision that protects information relating to the buyer and price.

In a civil case in Manhattan federal court, lawyers wrote in an April document that Shkreli had already reduced his forfeiture debt by about $5 million.

Shkreli's lawyer, Brianne E. Murphy, said she spoke to Shkreli late Tuesday and he said he is "pleased with the sale price and RIP ODB," a reference to Russell Tyrone Jones, known as Ol' Dirty Bastard, a founding member of the nine-man Clan who died of an accidental drug overdose in 2004.

Shkreli, 38, is scheduled for release in October 2022 after serving a seven-year prison sentence.

He was prosecuted after he gained fame in 2015 after he boosted by 5,000% the price of Daraprim, a previously cheap drug used to treat toxoplasmosis, a parasitic infection that can be fatal to people with the AIDS virus or other immune-system disorders.

Shkreli's purchase of the Wu-Tang Clan album came as group member RZA said he wanted the album -- packaged in a hand-crafted silver and nickel case which includes a 174-page book wrapped in leather -- to be viewed as a piece of contemporary art.

In its debut week in 2008, the rapper's "Tha Carter III" sold more than 1 million copies and helped launch Lil Wayne to superstar status.

In 2017, Shkreli was convicted of lying to investors and cheating them out of millions of dollars in two failed hedge funds he operated. Brafman described Shkreli at sentencing as a misunderstood eccentric who used unconventional means to make his defrauded investors even wealthier.