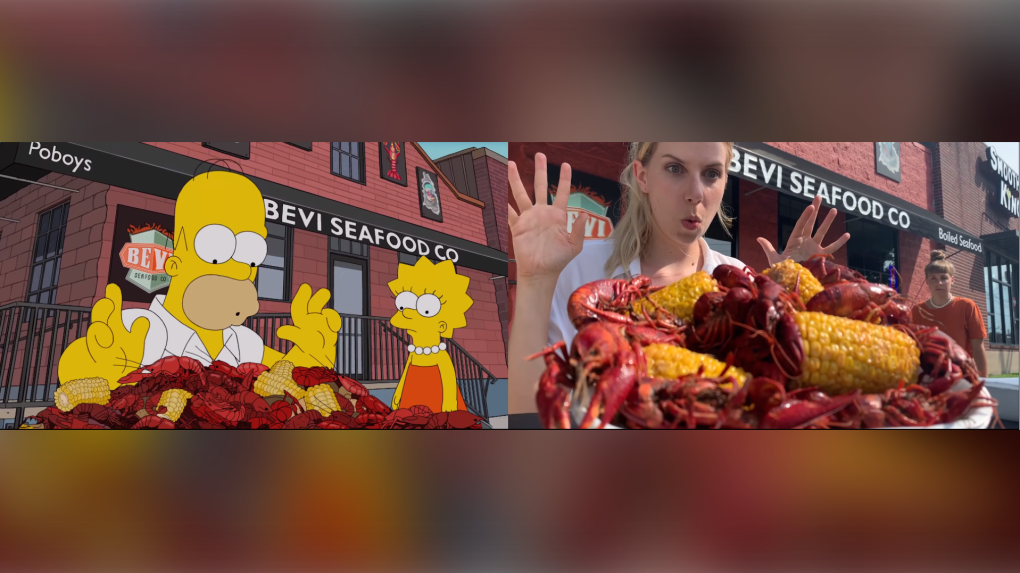 It took Janine Wiget of Zurich and Katrin von Niederh├ñusern who now lives in Stockholm, a week to duplicate the segment, which covers 54 restaurants in 1 minute, 27 seconds, Biz New Orleans reported .

The side-by-side video created by the 30-year-old illustrators and graphic designers has attracted more than 1 million views since it was uploaded Aug. 23.

"It's priceless," said Mark Romig, president and CEO of the New Orleans Tourism Marketing Corp. "It's hard to put a value on something like this. Hats off to these two ladies who created an amazing impression-building piece of art."

The Simpsons sequence is part of "Lisa Gets the Blues," which first aired April 22, 2018.

It opens with Homer telling Lisa, "And then you discover a thousand things you love about this city. Cajun crawfish. Lamb tagine ..." and on and on.

In "Homer, Katrin and Janine Eat their Way Through New Orleans," the women duplicate every action and camera angle. When Homer's mouth is stuffed with French fries, so is that of the woman imitating him. When he wiggles his fingers over a platter of crawfish and corn on the cob outside Bevi Seafood, so does she.

"Homer Simpson is a man with great charm, but not the best manners," said Wiget. "To get the right angles and positions, we had to sit on floors, lay on tables, eat with our hands and put a lot of shrimp and fries in our mouth, everything in front of the other restaurant guests."

She said she and von Niederh├ñusern, a friend since college, researched all the restaurants shown in The Simpsons episode, mapped them and drew up a detailed storyboard. In New Orleans, they spent eight hours a day going restaurant to restaurant, ordering food, setting up shots and capturing them all with a single mobile phone and tripod.

"Whenever we talked to the managers, they laughed and let us do whatever we had to do," Wiget said. "We even had to convince one manager at Emeril's to let us set up a table right in front of the entrance door because the sign was on the door instead of on the window. While doing the project, we realized how proud New Orleanians are about their food culture and how honoured the restaurants felt about being featured in The Simpsons episode."

She said they asked themselves several times what they were doing and why. "But when we watched the videos that we shot at night, and laughed a lot, we knew we just had to keep doing it. And it makes us so happy to see how many people from all around the world are enjoying watching it, too! So it was definitely worth all the work."

Their fans included Simpsons animator Eric Koenig, who wrote on their YouTube page that the video blew away people at The Simpsons Animation Studio.

"We were absolutely stoked when The Simpsons creators reached out to us," said Wiget. "They didn't offer us jobs, but they invited us over to the studio and one of their table readings in L.A."

She said they spent about $500 just on food for the brief video. Betsy's Pancake House and Katie's Restaurant and Bar were so happy to be included they didn't charge for food, Wiget said.

Romig said, "They made magic, and if they both ever come back to New Orleans I'd gladly buy them a meal, or two."