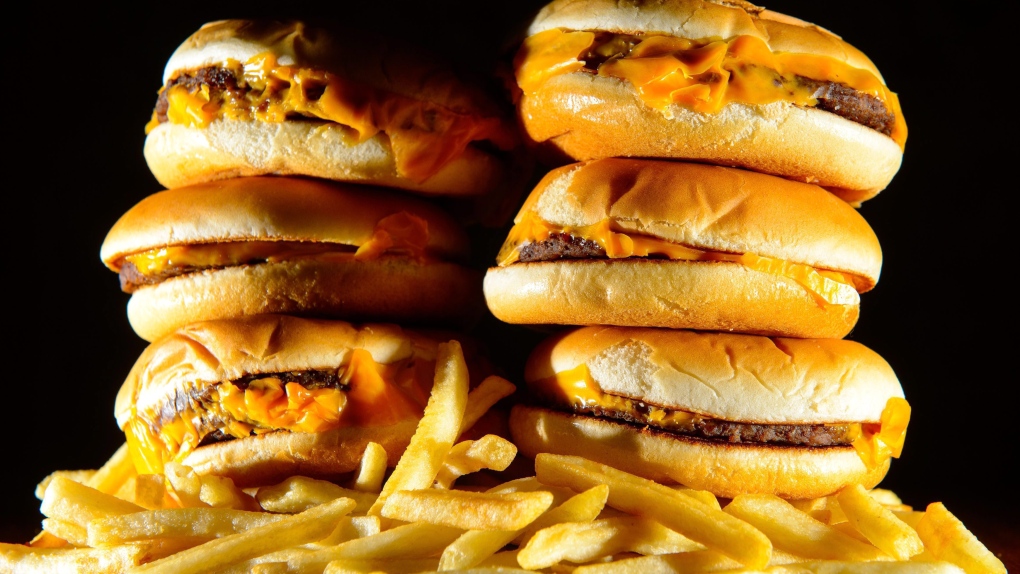 File photo of a pile of cheeseburgers and french fries. (PA Photos Limited 2001 all rights reserved)

New U.S. research has found that quitting junk food can produce similar withdrawal symptoms during the first week to those experienced when quitting drugs.

Carried out by researchers at the University of Michigan and published in the journal Appetite, the study set out to investigate what withdrawal symptoms are experienced when people stop eating highly processed foods, such as pastries, French fries and pizza.

The researchers recruited 231 adults age 19 to 68 and asked them to report what happened when they cut down on the number of highly processed foods in their diet during the past year.

The findings showed that the withdrawal symptoms experienced by the participants, including feelings of sadness, irritability, tiredness and cravings, were most intense during the initial two to five days after they quit eating junk food.

After these first few days the negative side effects tapered off, which parallels the pattern of drug withdrawal symptoms.

The study did not look at the methods the participants used to cut down on junk food, for example going "cold turkey" or gradually reducing the amount of processed food in the diet, with lead author Erica Schulte also adding that future studies should look at the effects of cutting out junk food in real time rather than asking participants to look back on their experience.

However, the team concluded that the findings suggest that the withdrawal symptoms experienced after cutting out junk food could make dietary improvements challenging, which may contribute to people going back to their old, unhealthy eating habits.