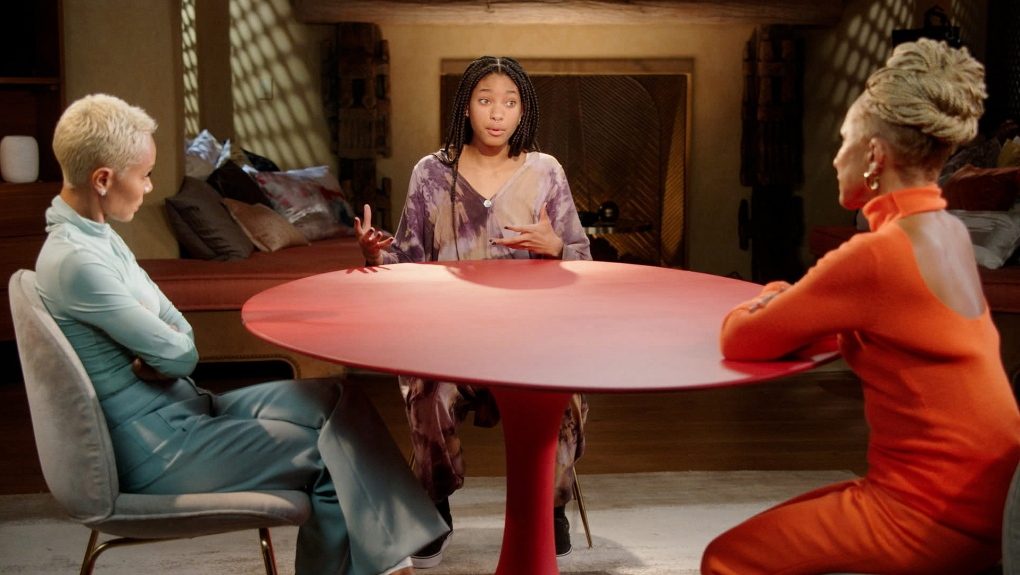 If you are Willow Smith and ready to share your truth, the only place you can do it is on "Red Table Talk."

The 20-year-old daughter of Will Smith and Jada Pinkett Smith chose Wednesday's episode of the Facebook Watch show "Red Table Talk," which she cohosts with her mom and maternal grandmother Adrienne "Gammy" Banfield Norris, to reveal that she is polyamorous, defined as being involved in more than one romantic relationship at the same time.

Pinkett Smith asked her daughter how she arrived at knowing that fact, to which Willow Smith said, "With polyamory, I feel like the main foundation is the freedom to be able to create a relationship style that works for you and not just stepping into monogamy because that's what everyone around you says is the right thing to do."

"So, I was like, how can I structure the way that I approach relationships with that in mind?," the younger Smith said. "Also, doing research into polyamory, the main reasons why monogamous relationships -- or why marriage, why divorces happen -- is infidelity."

Her mother -- who made headlines last year with the revelation of an "entanglement" -- understood.

"When you were like, 'Hey, this is my get down', I was like, 'I totally get it,'" Pinkett Smith said. "Wanting to set up your life in a way that you can have what it is that you want, I think anything goes as long as the intentions are clear. You know what I mean?"

Smith's grandmother said, "For somebody like me, it feels like it's really all just centred around sex," though she admitted to having considered it herself.

"Even outside of the counseling that you get from your pastor before you get married, 'cause most people that get married, you know, will get counseling from their pastors because there is a religious aspect to it, a God aspect to it, Jada," Banfield Norris said. "And we had deep conversation about, what does this mean to us? What do we wanna create for ourselves? And we actually talked about polyamory, and was that something that we wanted to explore? We had that conversation."

But, for Smith, it's apparently less about the sex and more about the freedom.

"In my friend group, I'm the only polyamorous person, and I have the least sex out of all of my friends," she said.