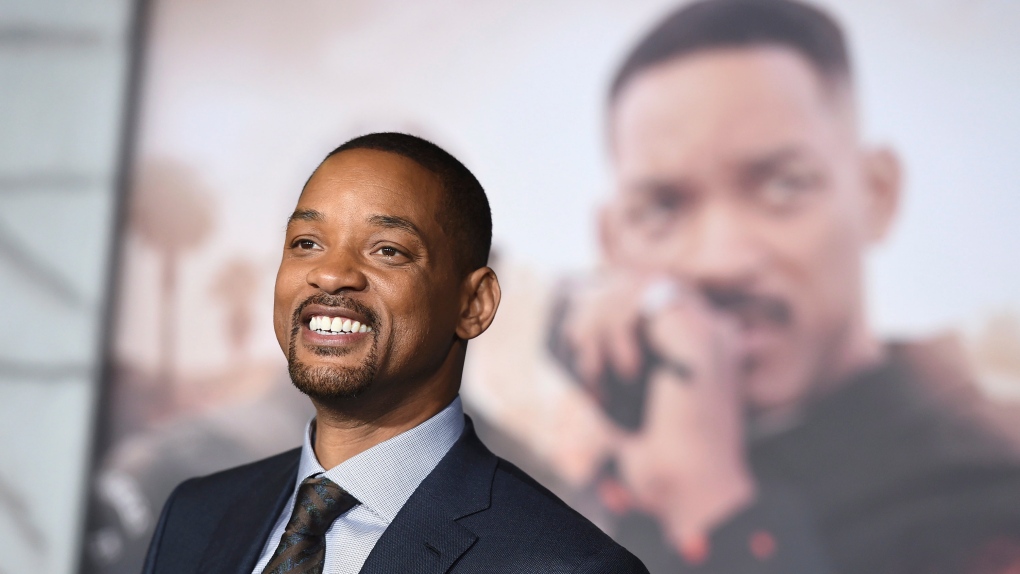 In this Dec. 13, 2017, file photo, Will Smith arrives at the U.S. premiere of "Bright" in Los Angeles. (Photo by Jordan Strauss/Invision/AP, File)

LOS ANGELES -- Will Smith says he was "humbled and honoured" after rapper Joyner Lucas released a tribute song honouring his career work.

Lucas released the music video for his track "Will" on Monday. In the video, the rapper paid homage to Smith through a reenactment of the actor's biggest projects including the "The Fresh Prince of Bel-Air," "Bad Boys," "Men in Black" and "Pursuit of Happyness."

Smith on Wednesday shared a clip of "Will" with his nearly 44 million followers on Instagram. He personally thanked Lucas in a separate video on social media, calling the rapper's song "creative."

Smith also said he hopes to meet Lucas one day. In a post, Lucas said he needed to "take a cold shower and wake up. I'm dreaming right now."

"Will" is a single from Lucas' debut studio album "ADHD," which releases on Friday.