Will Grammy voters take the 'Old Town Road' on Sunday? 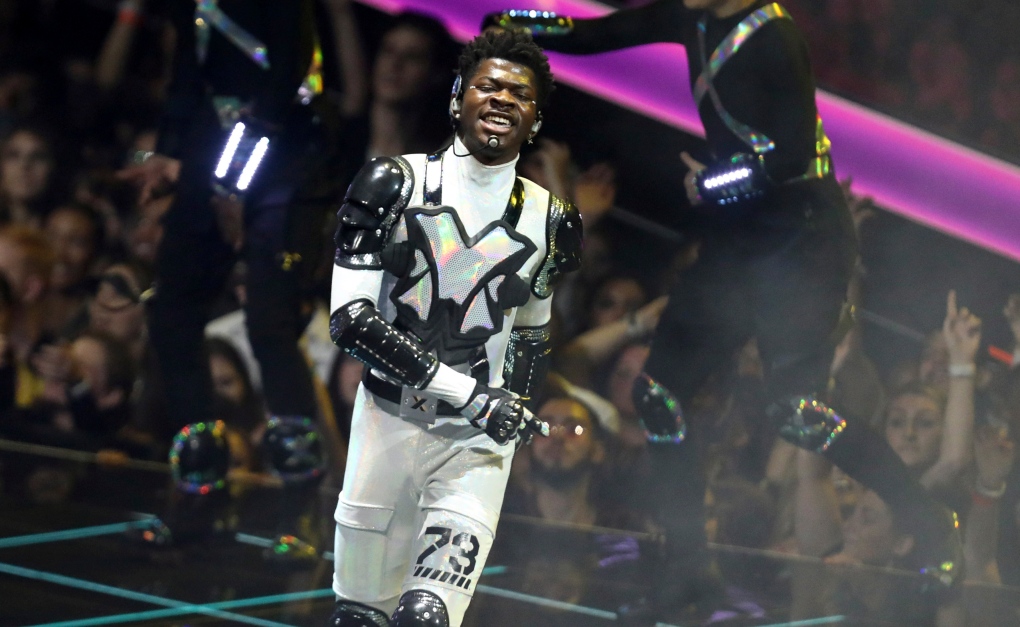 NEW YORK -- The 2020 Grammy Awards are shaping up to be the night of the new kids, with Lizzo, Billie Eilish and Lil Nas X leading in nominations.

Those acts, who all released huge No. 1 hits in the last year, have strong chances of beating their more-seasoned competitors, from Lady Gaga to Vampire Weekend to Ariana Grande.

Or maybe they won't. If there's one thing we can predict about the Grammys, it's that the oddball act might actually win. Remember when Beck beat out Beyonce? Or when Steely Dan won album of the year over Eminem? Or when Milli Vanilli ... OK, I'll stop.

Who knows how things will really play out Sunday, when the awards are handed out live from the Staples Center in Los Angeles. Here are some good guesses from Associated Press music writers Mesfin Fekadu and Nekesa Mumbi Moody.

FEKADU: This seriously could go so many ways, but let's start with who most likely won't win: Lil Nas X, Ariana Grande, H.E.R. and Lizzo. The other four will split a lot of the votes, eliminating Bon Iver and Vampire Weekend as possible winners. Left are Lana Del Rey, whose album was critically acclaimed and praised, and Billie Eilish, who was not just the year's brightest newcomer, but arguably the year's most successful singer. Though I want to say Eilish will win here, something in my gut is telling me that Lana, who has consistently released top notch music for the last eight years, will be celebrating her first-ever Grammy win Sunday night.

MOODY: It would be a cool moment to have the 18-year-old Billie become the youngest to ever take home a best album Grammy, and she certainly deserves it! But with arguably the night's top honour, Grammy voters tend to want their winners to have a few years under their belt before granting them the biggest win of their career. While none of the nominees here have their AARP card, Lana Del Rey has been around long enough to be the veteran. After a career that got off to a rocky start, she has become one of the more acclaimed singer-songwriters of her generation, and therefore will be victorious Sunday night.

MOODY: Clearly Lil Nas X had the most popular song of the year with "Old Town Road," even breaking Mariah Carey's record for the most weeks at No. 1 with his country-rap hybrid. But this isn't the American Music Awards where popularity counts, and I don't think a song that started out from TikTok is going to win voters over. "Truth Hurts" wasn't at No. 1 as long as "Old Town Road" but may have resonated far, becoming an anthem for so many women (and beyond). Lizzo is 100% getting this Grammy.

FEKADU: In the past at the Grammys, the ubiquitous, unconventional No. 1 hit doesn't take this trophy home. "Despacito," "All About That Bass" and "I Gotta Feeling" are some good examples. However, "Old Town Road" seemed to get past being the silliest song of the year, becoming an undeniably good tune that was hard to resist, which is why it topped the Hot 100 chart for 19 weeks. That's why I think Lil Nas X is going to take his horse to the old town road and ride it to the Grammys stage.

FEKADU: In my humble opinion, the top candidates here are Taylor Swift, Billie Eilish and Lewis Capaldi. Swift has some edge since she wrote "Lover" alone, but if the song had performed stronger, I would be more convinced to pick her. That leaves me with Eilish and Capaldi, who might be a bit too new to win such a huge award. Good guys do finish last because "Bad Guy" will win.

MOODY: Swift really should win this one (and should have been nominated for album of the year, too, if I can get a little Swiftie here). But as much as she deserves to win, the Grammys love a comeback story, and giving Tanya Tucker's "Bring My Flowers Now" would be that moment voters would be proud of, plus they adore Brandi Carlile. Tucker will take home the gold.

MOODY: There might be eight names listed here, but it's really a contest between two: Lizzo and Billie Eilish. Both are singer-songwriters, musicians, and have paved unique paths in the journey to fame. But as brilliant and entertaining as Lizzo is, she's hardly a new artist, with at least two albums released already. My money is on the kid!! Eighteen-year-old Billie will likely take this one.

BEST POP VOCAL ALBUM: "The Lion King: The Gift," Beyonce; "When We All Fall Asleep, Where Do We Go?," Billie Eilish; "Thank U, Next," Ariana Grande; "No. 6 Collaborations Project," Ed Sheeran; "Lover," Taylor Swift.

FEKADU: Love Taylor, but she won't win here. Everything Beyonce releases is a gift, but the holidays are over. And we all know how much the Grammys love to shade Ed Sheeran -- oops, I'm just thinking out loud. That leaves us with Ariana Grande, who won this award last year and dominated the Billboard charts with multiple songs from "Thank U, Next." And in the other corner is newcomer Billie Eilish, who made an influential pop project in her bedroom with her brother, Finneas, in the producer role. Me thinks Eilish will edge Grande for the win, especially since the 18-year-old's album scored a nod for best engineered album (non-classical) and Finneas is up for producer of the year (non-classical).

MOODY: The fact that this is just Taylor's second nod shows Grammy voters aren't in a loving mood toward Swift this year (maybe she'll call them out on her next album). Mesfin makes some very good points about Eilish and I kind of want to believe him, but Grande had such a brilliant year and a hot tour that something tells me she'll be saying "Thank You" when the winner is revealed here.

MOODY: Thom Yorke has already won this category twice as a member of Radiohead. Expect this Rock and Roll Hall of Famer to win it once again with his solo work.

FEKADU: Sike, Nekesa. Because both Bon Iver and Vampire Weekend are nominated for album of the year, I thought maybe they were the front-runners. But then I remembered how epic James Blake's album is and how he has continuously been the go-to guy in music, with Beyonce, Kendrick Lamar, Jay-Z, Travis Scott and others requesting his services. That'll give him enough votes to take this home.

FEKADU: This is "Exactly How I Feel": NO ONE EVEN KNOWS THIS LIZZO SONG. Why is it even nominated here??? It's extremely offensive when there were hundreds of other R&B performances the academy could have recognized instead, from Jhene Aiko's "Triggered" to any release from Summer Walker to Ari Lennox. When it comes to the R&B categories, the Grammys are garbage. Anyway, I think H.E.R -- who won this award last year -- will scoop it up again.

MOODY: Someone is "Triggered" by Lizzo's nomination! But Mesfin speaks the truth that there were way better options than "Exactly How I Feel." The only explanation is voters love Lizzo; still, I don't think they love her enough to give her a win. H.E.R. will take it (though I wonder if voters can pass up a chance to give Andre 3000 another Grammy).

MOODY: Nipsey Hussle was up for his first Grammy and lost last year, and weeks later he was shot dead. I can't see them not honouring him by giving him his first Grammy posthumously this year, as tough as this category is.

FEKADU: Little Big Town have won this award three times, and a Maren-Brandi collab will never fail. But it's hard to resist the sweet sound of Dan + Shay, who won this award last year for "Tequila" and will do it again with "Speechless," which will be played at weddings over the next 10 years. Those boys can sang!

MOODY: It will be four for Little Big Town here! "The Daughters" wasn't their biggest hit, but the controversy surrounding it and its message about the inequities women face will make up for that.