Which celebrities have the most relaxing voices? Study finds out

Which celebrities have the most relaxing voices? Study finds out 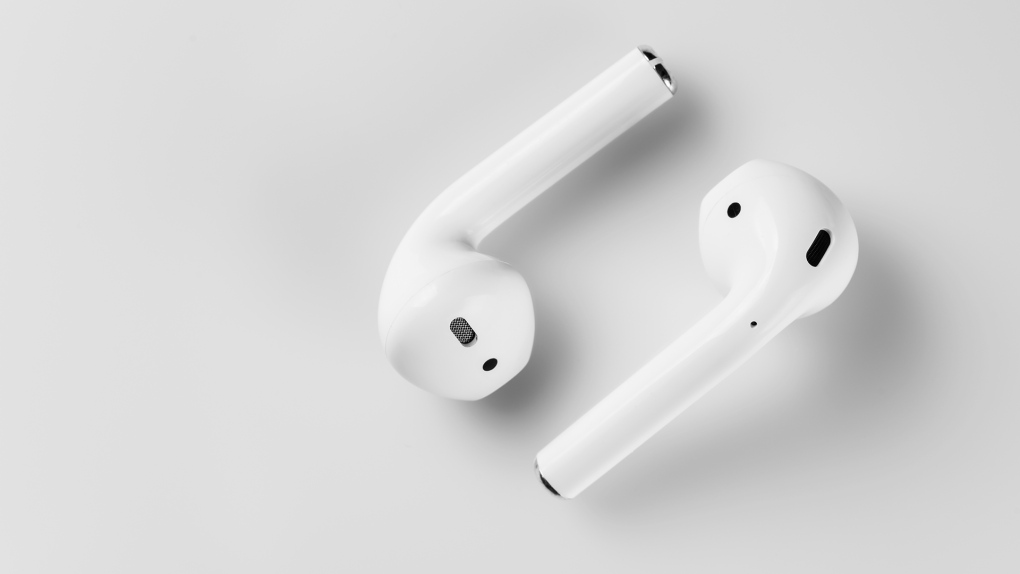 AirPods are seen in this file photo.

A small study, conducted by European hotel chain Premier Inn, has found which celebrities’ voices are the most relaxing to hear.

The study asked more than 50 participants to rank out of 10 which celebrity voice sounded the most soothing.

At the top of the list, with a “relaxation score” of 6.88, is Sir David Attenborough and his autobiography, “A Life on our Planet.” The British broadcaster is best known for the narration of documentaries focusing on animal life, including “Blue Planet II” and “Planet Earth.”

With a score of 6.4, Stephen Fry is the second most relaxing voice, according to the study. The British actor is best known for movies like “The Hitchhiker’s Guide to the Galaxy” and “Gosford Park,” a 1930s mystery-drama.

Michelle Obama reading her book, “Becoming,” was scored by participants as 6.39 out of 10, ranking the former first lady of the United States third in having one of the most soothing voices.

According to the study, younger people age 16 to 24, mostly favoured Attenborough’s voice. Those between the ages of 25 and 34 preferred the voices of TV presenters Ant McPartlin and Dec Donnelly. English singer Lily Allen was the most liked voice for people aged 34 to 44, and Stanley Tucci’s voice was enjoyed predominantly by people between the ages of 45 and 54. The study found those aged 55 and older liked the voices of singer Gary Barlow and actor Graham Norton best. 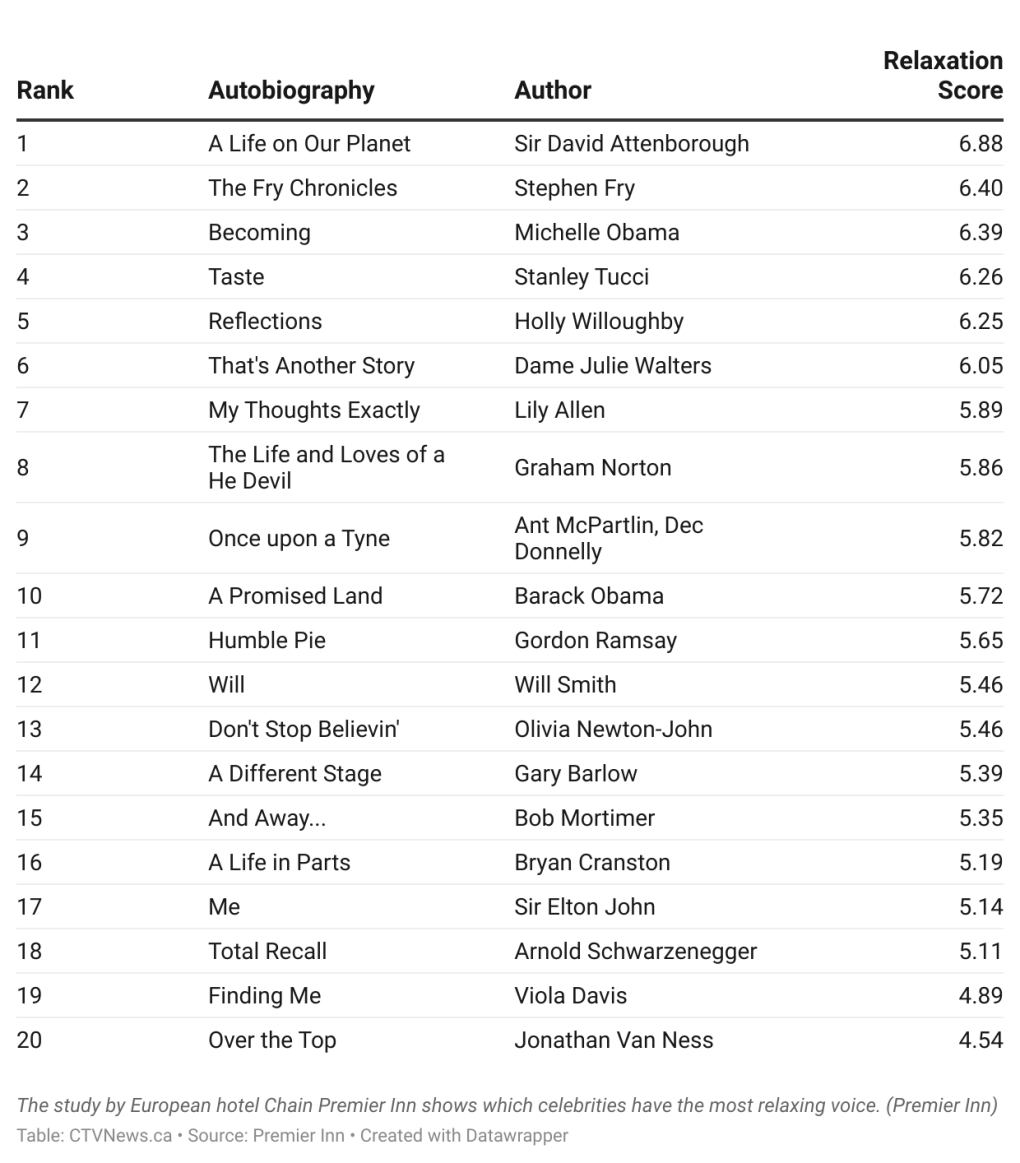 Merrill Tanner, a speech-language pathologist and singer who teaches at the University of Alberta and a member of Speech-Language & Audiology Canada, told CTVNews.ca vocal technique and pitch are important factors for determining whether someone will find a voice soothing.

“Some people just have naturally good vocal technique, but most take some training to have their voice as resonant and as relaxed and as beautiful as possible,” she said in a telephone interview with CTVNews.ca Thursday.

Tanner said someone like Attenborough would have gotten trained in speaking. As well, she says most actors take up voice lessons to portray different characters.

“Good breath support, open throat, relaxed phonation, using the resonation chambers (vocal tract) really well,” she said are some of the most important areas of focus.

Yelling for long periods of time and being sick can alter someone’s voice, damaging vocal cords and lowering a person’s appeal, Tanner said.

The study also broke down the most relaxing celebrity voices for men and women.

For both genders, Attenborough scored the highest with 6.5 out of 10 for men and 7.02 for women. Men found Obama’s voice to be second most relaxing at a score of 6.38.

Tanner said how recognizable someone’s voice is also adds to whether people find it relaxing.

"I think it has to do with status and her whole overall persona, which is one of caring, giving and honesty,” she said of Obama.

Tanner said some voices simply appeal to certain people based on preference.

“Johnny Cash has a certain appeal, but probably not the best voice. He has a really low voice, it sounds a bit like a smoker's voice. But it's the emotion that he projects I think that appeals to people,” she said of the American singer.

Despite the study signalling out voice, Tanner said people’s personalities are intertwined with how they speak.

“Voice is totally integrated with the person and their personality and their energy and their aura,” she said. “Having a really nice voice is kind of… part of the package, or at least a normal sounding voice.”