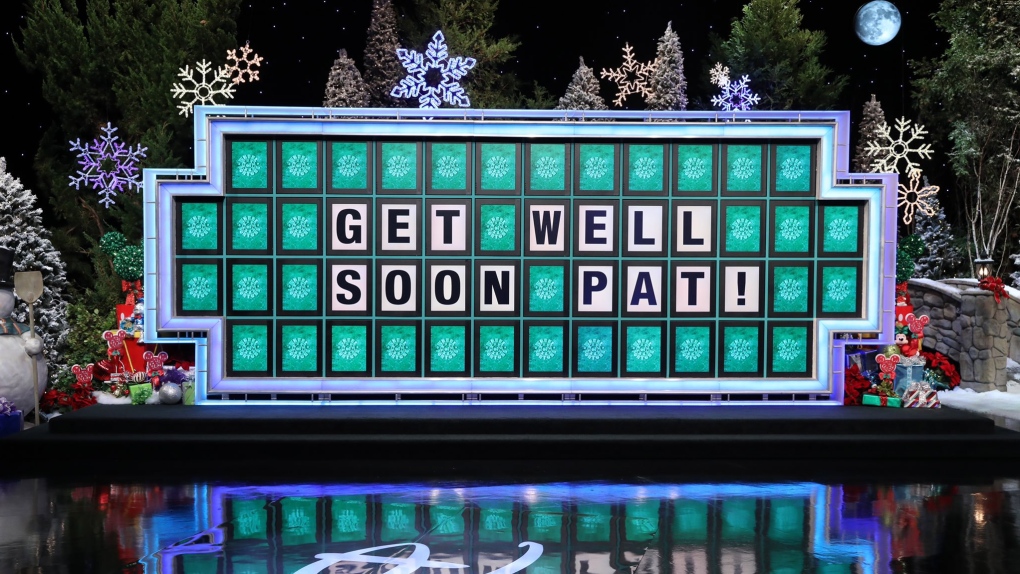 This image was tweeted out on Wheel of Fortune's official Twitter account along with the news that Pat Sajak had to undergo emergency surgery on Thursday. (@WheelofFortune / Twitter)

TORONTO -- After nearly four decades of being co-host of the Wheel of Fortune, Vanna White has temporarily stepped into the role of host while Pat Sajak recovers from surgery.

The show put out a tweet Friday afternoon explaining that taping had to be canceled on Thursday when Sajak was forced to undergo an emergency surgery to “correct a blocked intestine.”

A photo attached to the tweet shows the iconic wall of letters spelling out “GET WELL SOON PAT!”

“He is resting comfortably and looking forward to getting back to work,” the tweet reads.

Sajak won a Guinness World Record for the longest career as a game show host of the same show earlier in 2019 for his role with the Wheel of Fortune.

Taping resumed on Friday with White as the host, joined by Disney characters Mickey, Minnie, Donald, Goofy and Pluto as guests.

Our taping on Thursday was canceled because host Pat Sajak underwent successful emergency surgery to correct a blocked intestine. He is resting comfortably and looking forward to getting back to work. Taping resumed today as scheduled and Vanna White has stepped in as host. pic.twitter.com/09zYOCE4hL