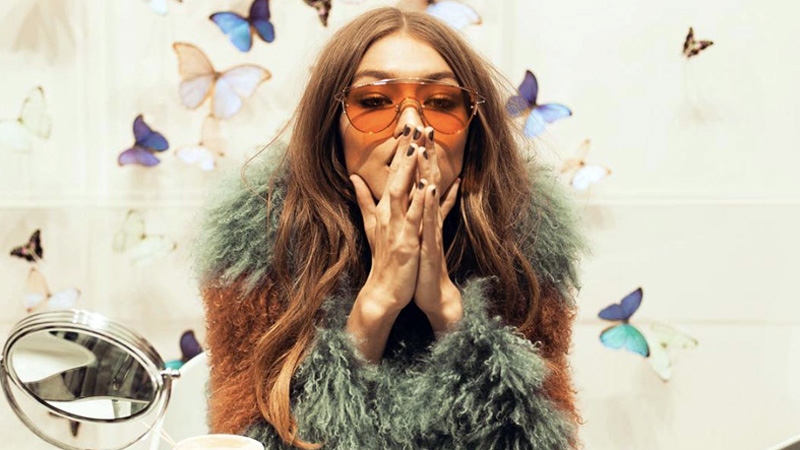 The announcement is the second apparent snag to hit the U.S. lingerie maker's A-list underwear extravaganza set for Monday, following reports that three Russians and one Ukrainian model had failed to obtain Chinese visas.

Hadid, who was number five on Forbes' list of the world's highest-paid female models last year, earning US$9 million, had excitedly announced her participation in the show in August.

She gave no reason for the reversal.

"I'm so bummed I won't be able to make it to China this year," she said on Twitter.

"Love my VS family, and will be with all my girls in spirit!"

Hadid's pull-out averts a potential PR disaster for Victoria's Secret, which is hoping to shore up a sagging bottom line with a push into China's growing intimate-wear market.

The company opened its first flagship stores in the country this year and Monday's show marks the first time it has been staged outside the U.S. or Europe.

Chinese internet users lashed out at Hadid after her sister Bella -- another of the three dozen or more models expected in Shanghai -- posted an Instagram video in February showing Gigi squinting her eyes while holding up a Buddha-shaped cookie.

Hadid's announcement in August that she would appear at the show in Shanghai stirred the pot anew, with many Chinese accusing her of racism and warning her not to come.

She posted a bilingual apology on China's Twitter-like Weibo on Sept. 1, declaring her "respect and love for the people of China" and swearing she meant no harm, but even that was pilloried.

Most Chinese Weibo comments on her withdrawal were celebratory.

"Suddenly I have better feelings about VS. If she had come, I would never buy VS my entire life," said one posting.

Speculation also has swirled over the participation of Russia's Julia Belyakova, Kate Grigorieva and Irina Sharipova, and Ukraine's Dasha Khlystun, after unconfirmed reports suggested they were denied Chinese visas.

The Victoria's Secret spokesman declined to confirm or deny the reports.

"That's getting into a Chinese government issue. Victoria's Secret is not going to comment on that," the spokesman said.

It tapes Monday and is aired globally on Nov. 28.

I’m so bummed I won’t be able to make it to China this year. Love my VS family, and will be with all my girls in spirit!! Can't wait to tune in with everyone to see the beautiful show I know it will be, and already can't wait for next year! :) x