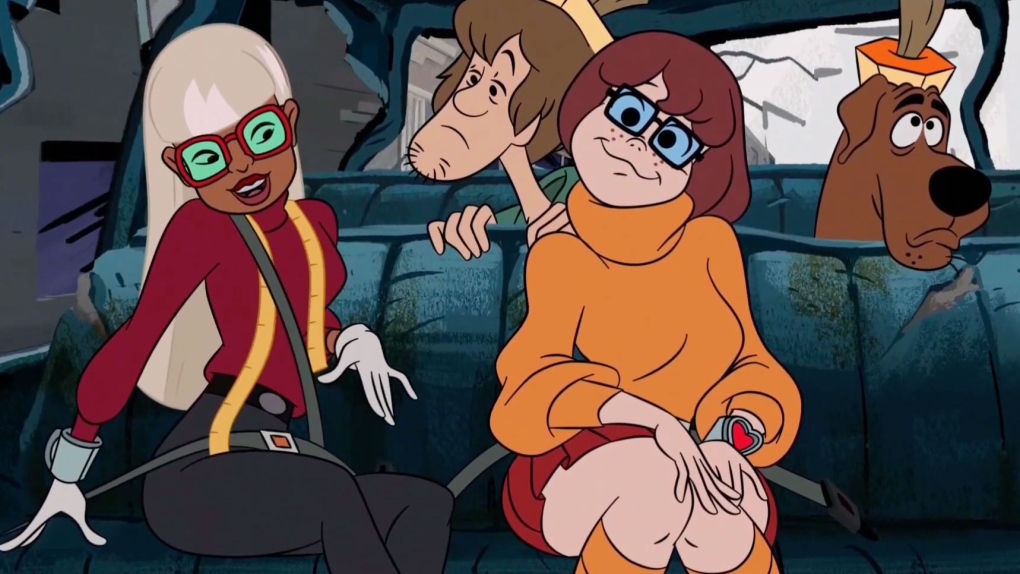 Clips from the animated special "Trick or Treat Scooby-Doo!" have been making the rounds on social media, with folks using them to proclaim that the character is finally being shown as gay.

Other clips have also been circulating on social media, including one in which Velma tells fellow sleuth Daphne that she's "crushing big time" and asking for advice on what to do.

Fans have long believed Velma was part of the LGBTQ+ community.

In 2020, director James Gunn said he tried to make the character "explicitly gay" in his script for the live-action "Scooby-Doo" movie.

"In 2001 Velma was explicitly gay in my initial script" (for 2002's live-action "Scooby-Doo"), he tweeted at the time. "But the studio just kept watering it down & watering it down, becoming ambiguous (the version shot), then nothing (the released version) & finally having a boyfriend (the sequel)."

Gunn wrote both the 2001 live-action film and its 2004 sequel, which both starred Linda Cardellini as Velma.

In the sequel, actor Seth Green played Velma's boyfriend and there was nothing in the film to imply she was gay.

Tony Cervone, supervising producer on the "Mystery Incorporated" series, posted on Instagram during 2020 Pride Month about Velma and the character Marcie in a photo that used Pride colors.

"I obviously don't represent every version of Velma Dinkley, but I am one of the key people that represents this one. We made our intentions as clear as we could ten years ago," the caption read. "Most of our fans got it. To those that didn't, I suggest you look closer."

CNN has reached out to Warner Bros., which like HBO Max, is owned by CNN's parent company, for comment.

A government lawyer is telling a Federal Court hearing that the Charter of Rights and Freedoms does not obligate Ottawa to repatriate Canadians held in Syrian camps.