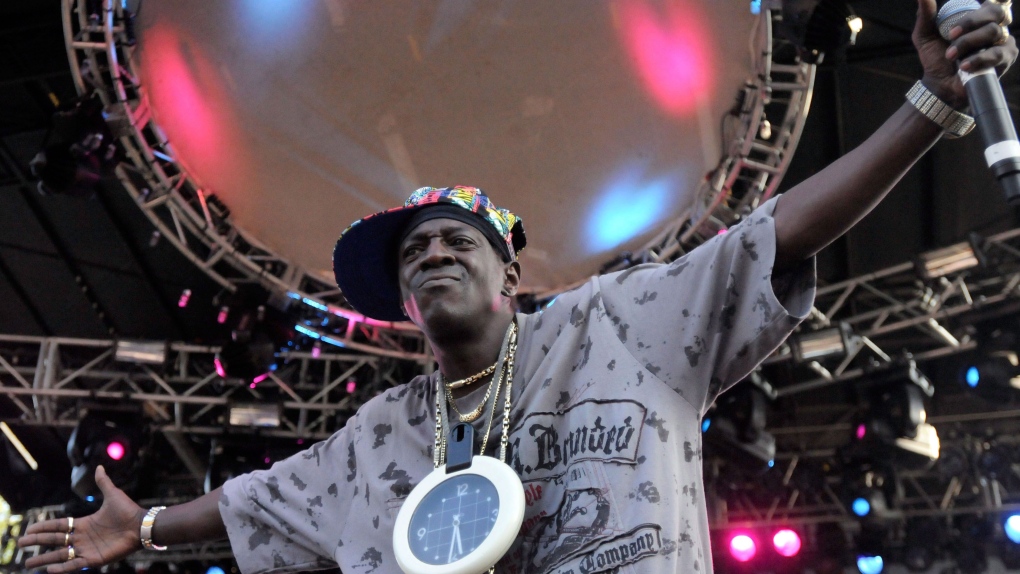 LAS VEGAS -- Entertainer Flavor Flav will fight a misdemeanour domestic battery charge stemming from a scuffle with his girlfriend at home in suburban Las Vegas, his attorneys said Tuesday.

The 62-year-old former rapper, hip-hop and reality TV star, whose legal name is William Jonathan Drayton Jr., was arrested late Oct. 4 after Henderson police were called to a report of a domestic disturbance at a home in the city's Green Valley neighbourhood, police said.

He was accused of grabbing or poking the woman in the face and wresting a phone from her hand, according to a criminal complaint filed Tuesday in Henderson Municipal Court.

The alleged victim was identified in court and police documents as a person with whom Drayton has a dating relationship and a minor child in common. Her name was redacted.

Their son told police he stepped in to stop the scuffle when his parents separated and his mother lunged toward Drayton, according to a police report. Officers reported a small cut on the side of the woman's face "consistent with an altercation taking place."

Officer Katrina Farrell, a Henderson police spokeswoman, said she had no information about whether the alleged victim required medical treatment.

"In alleged domestic violence cases, there are often two sides to the story and we will explain our side in the courtroom," Drayton's attorneys, David Chesnoff and Richard Schonfeld, said in a statement. The arrest was first reported by celebrity website TMZ.

Flavor Flav's public persona includes wearing a big clock on a chain around his neck. He was inducted with the group Public Enemy into the Rock and Roll Hall of Fame in 2013. Public Enemy began in the New York area in 1986.

Drayton has a criminal history that includes arrests and convictions on traffic infractions; a month in jail for assaulting his then-girlfriend in 1991; and three months behind bars for shooting at a neighbour in New York in 1993.

An October 2012 incident led to his arrest on several felony charges after he was accused of wielding knives, chasing and threatening his then-fiancee's 17-year-old son at their home in Las Vegas.

That case was closed in 2014, after Drayton pleaded guilty to reduced charges of misdemeanour attempted battery, served probation and completed a required domestic violence counselling course.