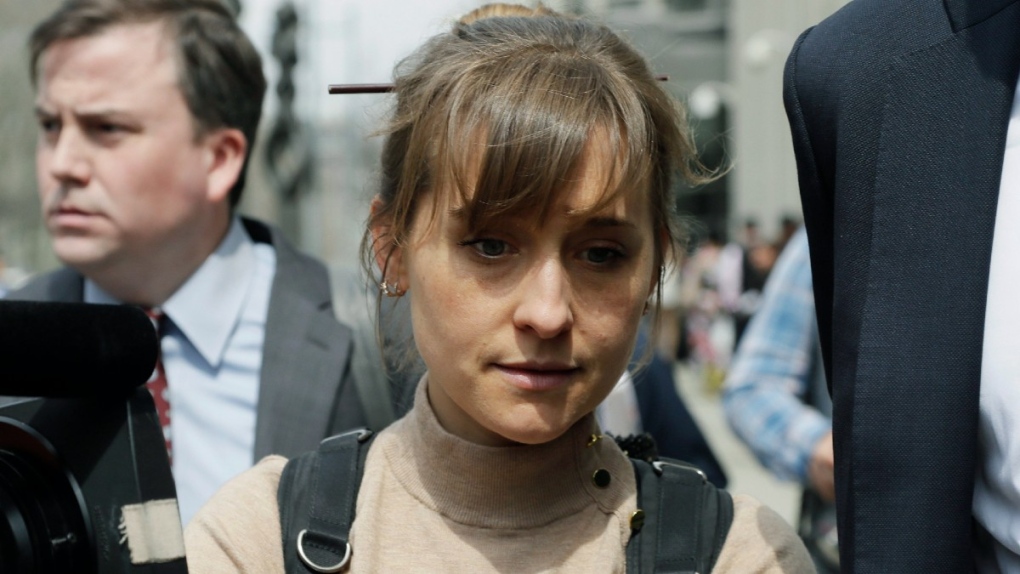 NEW YORK -- TV actor Allison Mack, who played a key role in the cultlike group NXIVM, has surrendered to a California prison to serve her sentence in a New York case against the group's spiritual leader.

Mack, best known for her role as a young Superman's close friend on "Smallville," was sentenced to three years behind bars in June. She had previously pleaded guilty to the charges she manipulated women into becoming sex slaves for NXIVM leader Keith Raniere.

A prison website showed Thursday that she had entered a low-security facility in Dublin, California, about 35 miles (55 kilometers) east of San Francisco.

Mack, 39, dodged a longer prison term by becoming a government cooperator in the federal case. Prosecutors credited her with helping them mount evidence showing how Raniere created a secret society of brainwashed women who were branded with his initials.

Raniere was sentenced last year to 120 years in prison for his conviction on sex-trafficking charges.