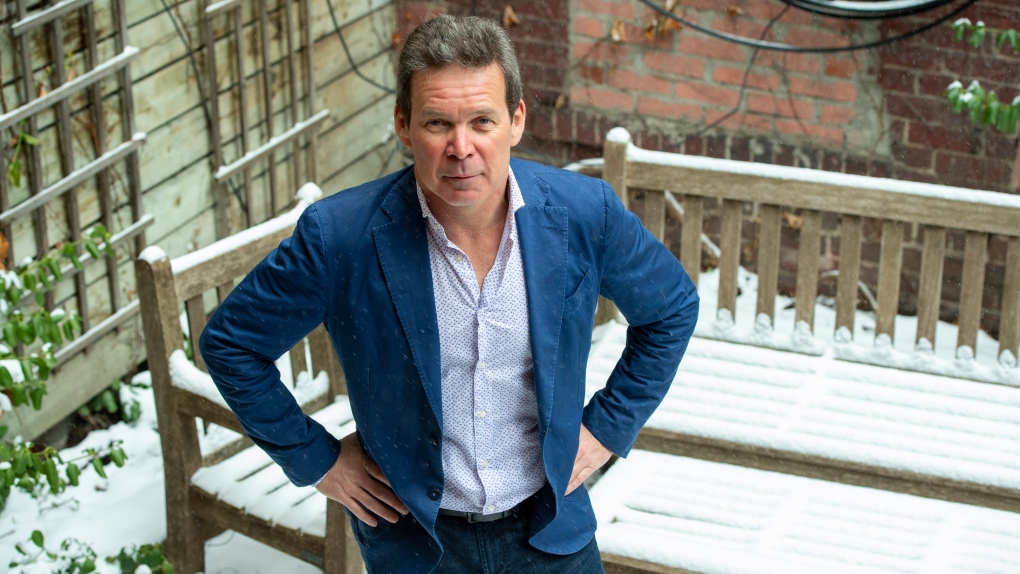 TORONTO -- As the Tragically Hip's bassist, Gord Sinclair wasn't seeking a solo artist's spotlight. But when his friend and bandmate Gord Downie died of brain cancer two years ago, he was faced with a significant career decision.

"I found myself in a position where I wasn't going to be playing anymore," Sinclair explained in an interview on what would've been Downie's 56th birthday earlier this month.

It was a deafening reality that Sinclair hadn't truly confronted until it happened.

In the months after Downie's terminal cancer diagnosis became public in early 2016, the band was thrust into a whirlwind concert tour. After the singer's death in 2017 sparked an outpouring of national grief and tributes, Sinclair stepped back from public events to focus on songwriting.

He had "a few writing breakthroughs" about a year ago that served as the foundation for "Taxi Dancers," a gentle and thoughtful reflection on loss that will be released on Feb. 28.

"I've always used music as a way of expressing emotions that I'm maybe not very good at expressing in other ways," he said.

Sinclair, 56, strikes a few familiar notes throughout his solo debut.

"Taxi Dancers" opens with "It's Already Too Late," where Sinclair channels the style of Downie on the vocals. He eases into more sombre emotions on "In the Next Life," a contemplation on mortality written last February.

"We were still in the midst of grieving for Gord, and over Christmas the previous year, our good friend and first road manager Dave Powell died," he said.

"I'm at that age now where you're losing parents and friends, and losing people I know that are younger than me. So you go through a process of that. You realize you lose a part of yourself when you lose someone that's close to you."

Sinclair doesn't linger on that sense of loss very long before spinning it into tender optimism.

On his song, "Your Comet Drowns Out a Star Filled Sky" he illustrates the lasting presence of friends who have "left bits of themselves in the music that they created."

"The only good thing about losing someone you love is going back and remembering that love you had for them, and finding the strength to take the next step forward," he said.

"For a brief period of time you knew this person and loved that person, and they leave your life in some way, but they never really do leave your life because you're a better person for having known them."

Sinclair considers Downie's later years -- when he toured with the Hip, released "Secret Path" and spoke openly about reconciliation -- as one cherished point of inspiration.

"He didn't want to stop being creative and I think that's why I find myself here too," he said.

Sinclair has goals of his own, which he says include drawing more attention to homegrown musicians. He'd like to meet with Canada's new Heritage Minister Steven Guilbeault to discuss ways to better "preserve and protect" music venues, particularly the spaces where young artists cut their teeth.

In Toronto, an array of clubs and bars have gone out of business in recent years, including Hoxton, Cadillac Lounge and punk venue Coalition, while gentrification in Montreal led a number of its underground co-operative spaces to shut down last year, including Katacombes and Divan Orange.

Smaller spaces like those are where his own Kingston, Ont., band got their start, further helped by federal content regulations that stipulated radio stations play a certain percentage of homegrown music.

The bassist says he doesn't know how those regulations translate to a world increasingly reliant on streaming services, but he believes it's a conversation that needs to be stoked among Canadian musicians.

"There's a side of culture beyond Netflix and digital culture," he said.

Sinclair points to the struggles the Hip encountered when they were trying to break through into the United States. He says the group was balancing their "experiences of living and playing in this country, which didn't necessarily resonate with the guys who ran the American label."

The Hip's song "Fifty-Mission Cap," a tribute to the late hockey player Bill Barilko, is one composition that came together on the band's own volition to tell Canadian stories.

"If that story had happened in the United States, if Bill Barilko was a baseball player and he hit a grand slam home run and won the world series and was killed a couple weeks later in a plane crash we would know all about it," he said.

"There would be movies about it. And Robert Redford would've played him. It took a hockey card and a goofy little band from Kingston to sort of resurrect that story -- because we don't do our own stories very well. We don't build on our myths."

This report by The Canadian Press was first published Feb. 12, 2020.