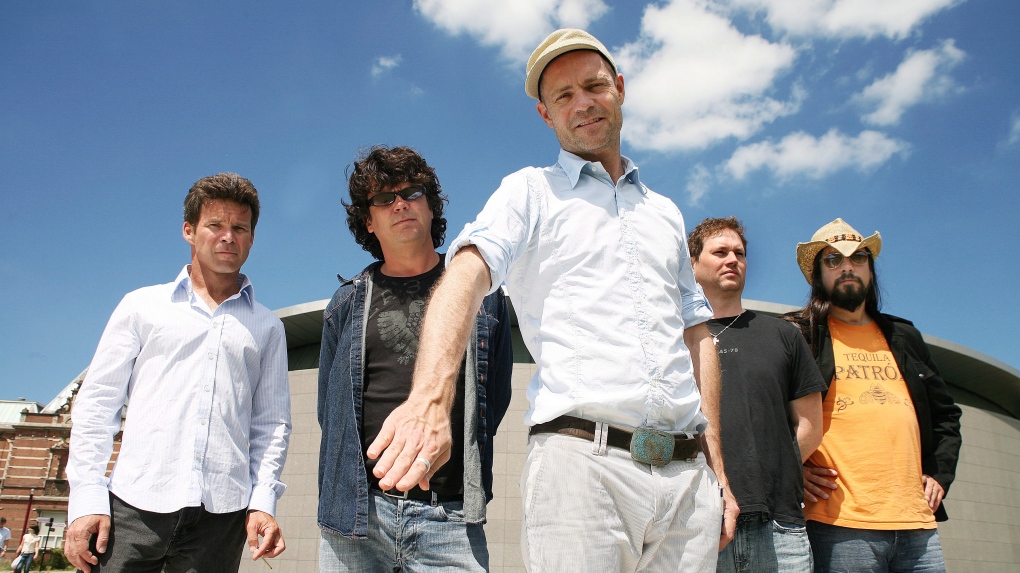 LOYALIST TOWNSHIP, Ont. -- Stories from the Tragically Hip's fabled Bathouse studio came to light on Thursday at a rare open house for a small group of friends and family.

The 19th century home in the quiet town of Bath, Ont., a short drive from Kingston, was grounds for a gathering organized by Hip band members and Up Cannabis, a licensed marijuana producer they're invested in.

But as much as the night highlighted their stake in the legalization of marijuana, nothing could overshadow the legendary property.

The Bathouse studio is a stone-cut structure that was built as a coach house, but became the Hip's makeshift recording space in the early 1990s. Here they put some of their biggest albums -- including "Trouble at the Henhouse" and "Phantom Power" -- to tape and filmed a number of music videos.

Well over 100 other musicians, including Matt Good, Sarah Harmer and members of Broken Social Scene, have also hammered down ideas for their songs here over the years.

Each artist leaves behind stories that Dave (Billy Ray) Koster, head of the Hip's stage crew and the Bathouse's caretaker, loves to share with visitors.

One of his favourites is the time Blue Rodeo frontman Jim Cuddy recorded a song, strolled down the front porch and took a quick dip in the pool outside the house. He returned a few minutes later, still dripping wet, to listen to a playback of the tape.

For most of the artists, the Bathouse becomes their temporary home away from home. They'll sleep in one of its four bedrooms and balance studio time with enjoying the property, which is steps away from Lake Ontario.

Gord Downie spent much time here, Koster said, and slept in an upstairs bedroom with a view of the waterfront through the trees.

Tucked at the back of the property is an attached rehearsal space Koster called "the Hip's sacred clubhouse." It's the only working space in the Bathouse that's almost entirely off limits for musicians who rent the place to record.

The Hip prepared for many of their concerts here, including the 2016 Man Machine Poem tour, which marked Downie's final shows.

Koster said the Hip maintained a strict regiment as they prepared for those important dates. They'd rehearse for an hour before taking a break to grab a beer or a smoke.

But Downie remained focused during that time. While everyone else relaxed, he jumped on an exercise bike in the corner of the room and pedalled away to build his strength.

"He worked incredibly hard here to be able to do those 14 shows," Koster said.

"We did more rehearsing for that entire tour than we did for all the other ones combined -- just to get him back to where he was."

Aside from the stories, the Bathouse is stacked with memorabilia.

In one room, they've framed the winning Juno Award envelopes for "Trouble at the Henhouse." There's also many pieces of artwork originally used on their album covers.

Many guests were especially surprised to encounter the mysterious yellow device from the "Phantom Power" cover sitting on a shelf.

He's known for "buying things and figuring out what they do later," Koster explained.

When Fay brought the hefty device back to Canada, and learned that it was useless for producing audio, the band decided it would make a cool album cover.

They screwed a small "Phantom Power" title plate on the front and asked a photographer to shoot some photos.

The rest is Tragically Hip history.