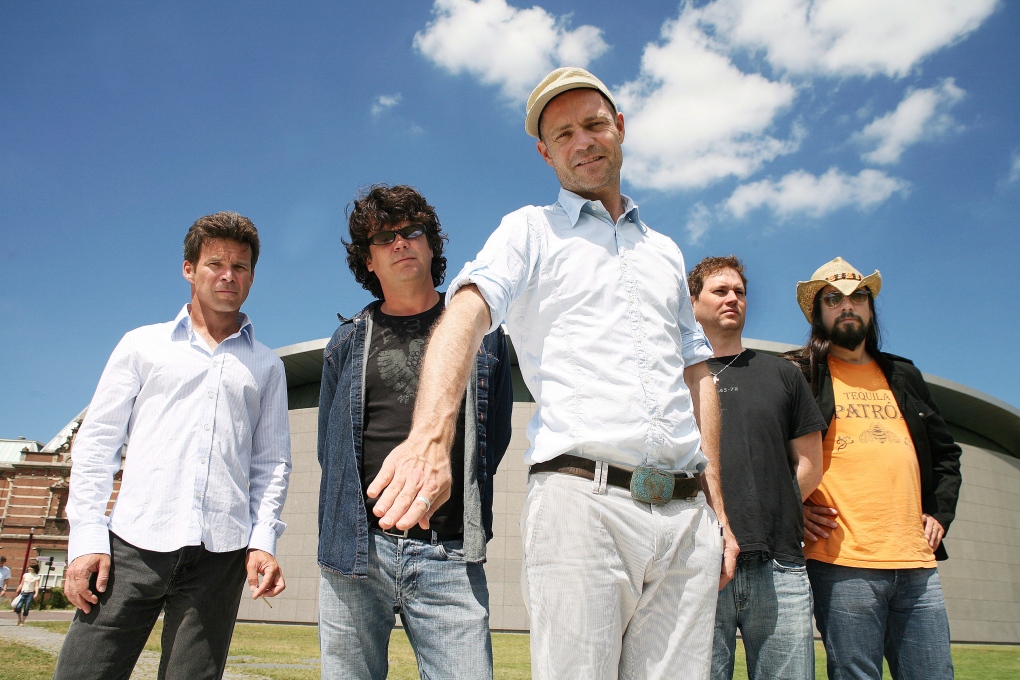 Socially conscious rockers The Tragically Hip, eminent broadcaster Barbara Frum and music video visionary Director X are among the homegrown icons set to be inducted into Canada's Walk of Fame.

Organizers revealed the latest additions to the lineup of outstanding Canadians whose legacies will be cemented with sidewalk stars in Toronto's Entertainment District.

Organizers say more inductees will be named in coming weeks.

They'll be celebrated at an in-person gala at Toronto's Beanfield Centre on Dec. 3.

The ceremony will be broadcast on CTV at a later date.

Each year, Canada's Walk of Fame celebrates Canadian excellence and achievement in the areas of arts and entertainment; entrepreneurship and philanthropy; humanitarianism; science, technology and innovation; and sports and athletics.

The Tragically Hip are being honoured for their philanthropy and activism for social and environmental causes, organizers said in a news release Tuesday.

Frum's citation billed the venerated CBC journalist as "the most influential woman in Canadian broadcasting" for her trail-blazing rise to the top of her field in the 1970s and 1980s. Frum died of leukemia in 1992 at age 54.

Julien Christian Lutz, known professionally as Director X, has made music videos for superstars including Drake, Rihanna, Kendrick Lamar and Kanye West to bring a cinematic style to chart-topping hits.