Toronto library gets public to craft new book, one tweet at a time 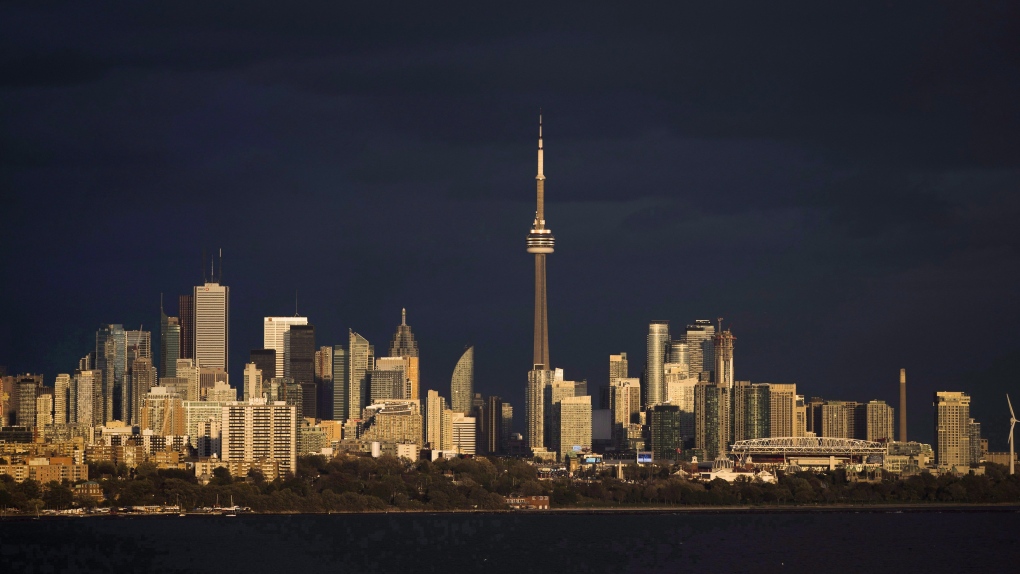 Light from the sunset hits the skyline in Toronto, Ont., on Tuesday October 31, 2017. The Toronto Public Library is using the power of social media to build a work of fiction, one tweet at a time. In a crowdsourcing initiative launched this month, Canada's largest public library system is asking members of the public to contribute to a story set in the city. THE CANADIAN PRESS/Mark Blinch

TORONTO -- The Toronto Public Library is using the power of social media to build a work of fiction, one tweet at a time.

In a crowdsourcing initiative launched this month, Canada's largest public library system is asking members of the public to contribute to a story set in the city.

"We thought this was a great opportunity to bring the city together in a really collaborative and creative way to see what story we could come up with," library spokeswoman Ana-Maria Critchley said in an interview.

The first line of the tale was written by city librarian Vickery Bowles on Aug. 7.

"I sat on a bench reading my book in the waterfront's early morning sunshine when a jogger suddenly stopped in his tracks and approached me with a knowing smile," she wrote, inviting others to carry on the narrative.

Anyone using Twitter has a chance to advance the story line by line, said Critchley, noting that the tweets must have the hashtag #TorontoWritesABook.

Two prospective tweets for the tale are selected every day and pitted against each other in a Twitter poll, said Critchley. Members of the public vote on how they think the story should progress.

"Then the next morning we share the updated story on Twitter and ask people to send us their next line, and so it goes until we have the whole story," she said.

So far, the story is about two people who reconnect at Toronto's waterfront after three decades and end up heading to the Toronto islands. The library plans to eventually publish the tale in a book and is discussing the possibility of working with local illustrators for the finished product.

The idea for the project came from Havas Canada, an advertising agency.

Last year when employees Michael Porfirio, 25, and Mariam Alqasim, 23, sat next to each other and shared a cork board, they would write a word and pin it to the board each day. They said people from the entire office ended up contributing to the narrative.

"We wanted to bring the city of Toronto together in the same way we were brought together," said Porfirio.

Havas' creative director, Brian Allen, said the company approached the library with the idea of building a book in a similar way in fall 2017.

"We immediately thought that this idea was a lot of fun," said Critchley. "The idea captured our imaginations."

Members from the library and the advertising company work together to sift through the tweets contributed for the crowdsourced book, and have a "spirited" discussion over a group chat about which ones to single out for the Twitter poll, said Critchley.

On Aug. 9, for instance, Torontonian Shannon Mulligan's tweet was selected for the story.

"It gets better and better! Thanks @torontolibrary for including my line," she wrote on Twitter. "Can't wait to see where this goes next."

Crafting the tale itself was expected to take a month, but Critchley said the process might take longer given the positive response the initiative has garnered and the way the story has unfolded so far.

"We're completely open to extending it because we want to make sure the story unfolds as it should," she said. "We're trying to let this unfold as organically and as naturally as possible."