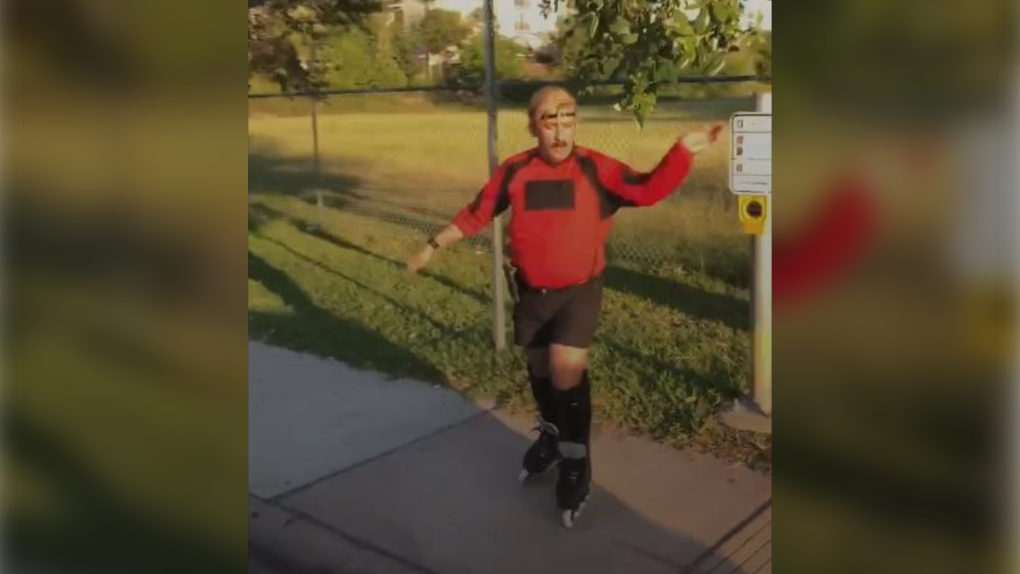 A rollerblader from a video that went viral earlier this month has seen the spotlight before for his amusing dance moves, including on ‘America’s Got Talent.’ (TikTok keith.chapman1)

A rollerblader from a video that went viral earlier this month has seen the spotlight before for his amusing dance moves.

Juan Carlos Restrepo appears roadside in the brief TikTok clip -- which has been viewed more than 5 million times on Twitter -- and immediately launches into a dance routine for passengers in a car who whistle and shout for him to “spin it out.”

“Eat your heart out Tonya Harding,” one man yells as Juan Carlos dances down the sidewalk.

What initially may have appeared to be a chance encounter has actually been a longtime hobby for Juan Carlos, who is in his 50s and rarely uses his last name, according to the Houston Chronicle. He has been rollerblading and entertaining drivers in Houston, Texas, for more than 15 years at the same intersection.

“I just get into the music and let myself go,” he said in a 2013 interview with a local documentary filmmaker. “I get better and better every time I see people happy.”

In 2014, he even had his major television debut on America’s Got Talent. Howard Stern gave him an unofficial award of “best entrance,” he performed a number to Nancy Sinatra’s “These Boots Are Made for Walkin’” in a glistening red body suit and eventually made it to the quarterfinals before he was eliminated.

I can’t stop watching this pic.twitter.com/MNYH2rxdW1