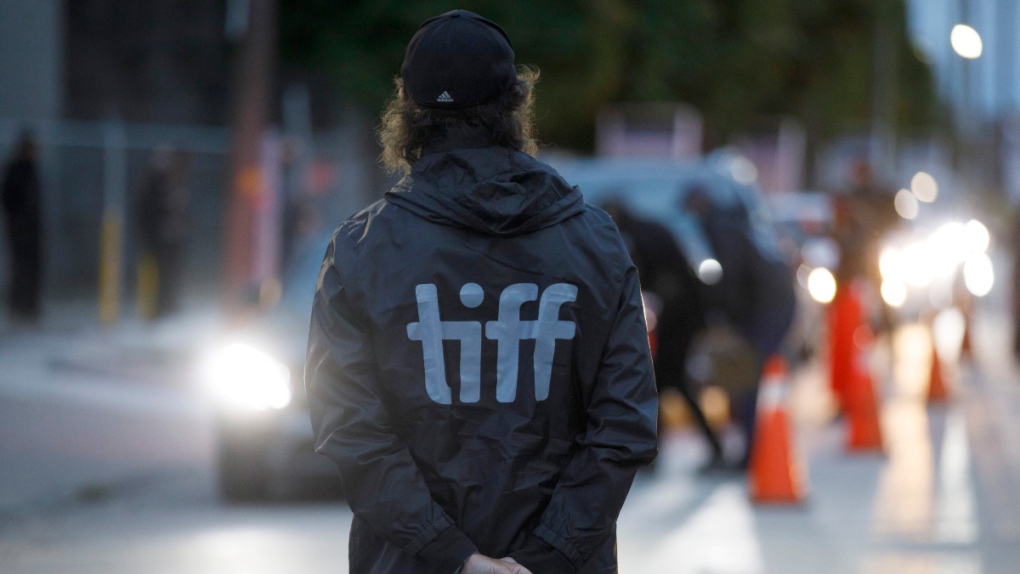 TORONTO -- As the Toronto International Film Festival winds down here’s a look back at some of the highlights of the last few days.

NOT URBAN COWBOY: Despite the similarities in name "Concrete Cowboy," the new drama starring Idris Elba and Caleb McLaughlin of "Stranger Things" as father and son, has nothing to do with "Urban Cowboy," the 1980 John Travolta cheese fest. This is a deeply felt, if slightly predictable coming-of-age story set against the backdrop of the urban cowboy subculture of north Philadelphia. Loosely based on the book "Ghetto Cowboy" by Greg Neri, "Concrete Cowboy" is a western but told from a different point of view than we usually see. Director Ricky Staub does a commendable job at building the world Harp and Cole inhabit. Their way of life is an anachronism in the big city, but the greater purpose of providing opportunities to the area’s youth is timeless.

DENZEL WASHINGTON ON CHADWICK BOSEMAN: As part of a virtual talk during the TIFF "In Conversation" series, Washington (who was chatting with director Barry Levinson) spoke eloquently about the passing of the "Black Panther" star. "Who knew he didn't have much life left? He didn't get cheated. We did. I pray for his poor wife and his family. They got cheated, but he lived a full life."

WAHLBERG’S JOURNEY in "GOOD JOE BELL": Mark Wahlberg is the good man of the title, Joe Bell, husband to Lola (Connie Britton), father to sons Joseph (Maxwell Jenkins) and Jadin (Reid Miller), a young gay man who took his own life after repeated bullying from the jocks at his high school. Unable to resolve his feelings, Joe hits the road, vowing to walk from La Grande, Oregon to New York City, the city of Jadin’s dreams. It’s a time of solitude for Joe to wrestle with his own complicity in his son’s death and make stops along the way to mumble his way through halting speeches about bullying at local high schools. Written by the "Brokeback Mountain" screenwriting team of Diana Ossana and Larry McMurtry, "Good Joe Bell" has its heart in the right place but makes missteps along Joe’s journey.

WORST FATHER EVER: Darth Vader may be the cosmically worst cinematic father in the universe but down on earth Willis, as played by Lance Henriksen in the new film "Falling," gives the "Star Wars" villain a run for his money. Writer, director and star Viggo Mortensen found inspiration for the story after caring for his real-life father in his declining years. Mortensen plays John, husband of Eric (Terry Chen), son of Willis. He’s ex-Air Force, now working as a commercial pilot based in Los Angeles. It’s a long way from the rural New York farm where he was raised and his father still resides. Willis isn’t doing well. Dementia has robbed him of the ability to live alone in the rambling old farmhouse he’s inhabited for decades. Hoping to make his father’s life easier, John brings him to California with an eye toward making it easier to care for him. Trouble is, Willis’ disease has made him the definition of cantankerous. "Falling" gives genre legend Henriksen his meatiest role in years. He is the dominant and dominating character, a man who makes Archie Bunker look like Justin Trudeau.

SCORSESE AT THE TIFF TRIBUTE AWARDS: Kicking off the virtual fundraiser, aired on CTV, Martin Scorsese was impassioned as he spoke about the importance of film festivals. "It's becoming sadly common to see cinema marginalized and devalued, and in this situation, categorized sort of as a form of comfort food, so to celebrate its very existence is all the more important and necessary. We can never remind people enough that this remarkable art form has always been and always will be much more than a diversion."

A PICTURE IS WORTH 1000 WORDS: As Chief Official White House Photographer for two US Presidents, Pete Souza had an up-close-and-personal look at the hallways of power and the men who walked them. "The Way I See It," captures a detailed behind-the-scenes profile of power and the responsibility that comes along with the office. "The Way I See It" is Souza’s story but the larger picture it paints is one of the importance of photography. If a picture is worth a thousand words this movie speaks volumes. Souza’s photos capture the hope and empathy that characterized the Obama years in stark contrast to the anxiety that surrounds the current election season. The photos tell the tale, for now and posterity.