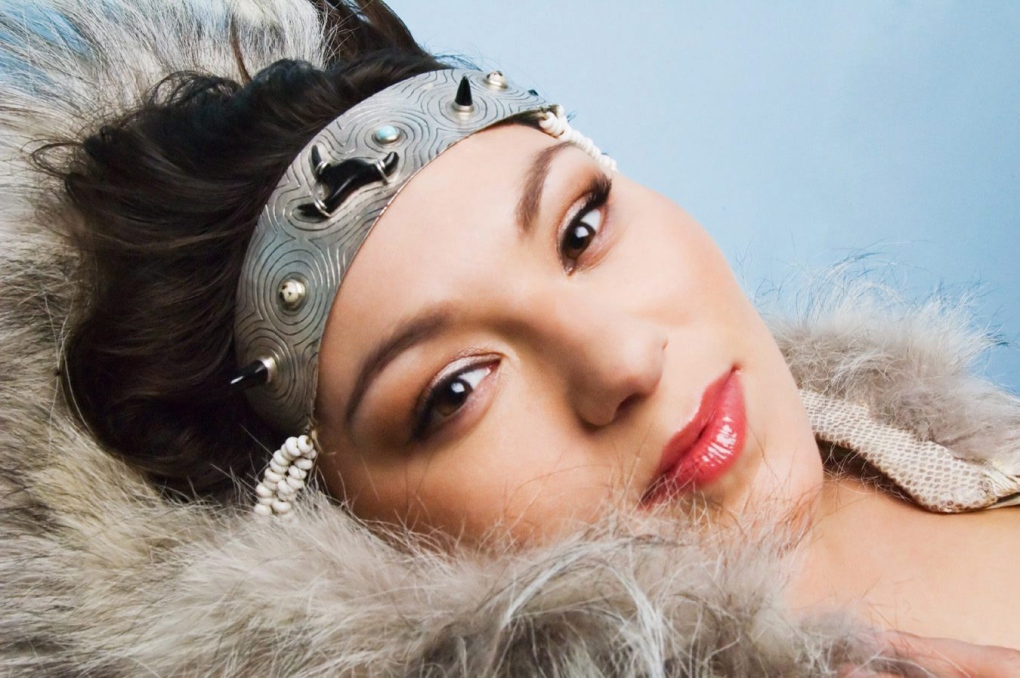 TORONTO -- Nunavut-reared throat singer Tanya Tagaq claimed the $30,000 Polaris Music Prize on Monday night, then used her acceptance speech to support the wearing and eating of seal -- and lob an expletive at People for the Ethical Treatment of Animals.

Tagaq's record "Animism" beat out higher-profile offerings from the likes of Drake and past winners Arcade Fire and Owen Pallett to claim the award, given to the best Canadian album of the past year as determined by a group of journalists, and host Jay Baruchel -- the lanky Montreal-bred star of "This is the End" and "Goon" -- fell to his knees and fanned his arms toward her in admiration as she took the stage.

After thanking her producer and family, Tagaq shifted into an impassioned "side note."

"People should wear and eat seal as much as possible because if you can imagine an indigenous culture thriving and surviving on a sustainable resource, wearing seal and eating it, it's delicious and there's lots of them.

In the spring, Tagaq posted a "sealfie" -- a picture of her daughter, who joined her onstage Monday, next to a dead seal. The snap was part of a movement intended to support the Inuit seal hunt, which is seen as being under attack by animal rights groups.

As a result, Tagaq said at the time she was harassed by critics -- but such backlash certainly didn't soften her stance.

"I really believe that if hipsters can make flower beards 'in,' then you can do it with seal," she told the crowd of mostly music industry folk. "Come on guys."

Reached Tuesday, a representative from PETA argued that Tagaq's anger against the organization was misplaced.

"PETA was surprised by Tanya's ill-informed rant because we've never campaigned against the indigenous hunt," said PETA's senior vice-president of campaigns, Dan Mathews, in a statement emailed to The Canadian Press.

"Our fight is -- and always has been -- against the East Coast commercial slaughter, which is run by white people who bilk Canadians for millions in tax dollars in order to prop up the non-existent seal trade. The international bans that PETA has successfully lobbied for, such as in Europe, exempt indigenous hunts.

"Tanya should stop posing her baby with a dead seal and read more."

Generally, this Polaris was a loose show, with a cheerfully profane Baruchel keeping things casual.

Most of the evening's nominees performed, including Pallett -- the award's inaugural winner back in 2006 -- and Toronto multi-instrumentalist Basia Bulat.

Neither Arcade Fire, who won in 2011, nor Montreal experimental collective Yamantaka // Sonic Titan took to the stage.

And Drake -- shortlisted for his smash "Nothing was the Same" -- was simultaneously booked to play the Hollywood Bowl with Lil Wayne.

Since Drake and Shad's Polaris shutout continued Monday -- and they've now combined for five nominations -- the award has still never gone to a hip-hop artist, with other past winners including Karkwa, Patrick Watson and Feist.

Tagaq was one of only three first-time nominees for the Polaris this year (along with DeMarco and Hamilton electronic R&B songwriter/producer Jessy Lanza), but she's a decade-plus veteran of the industry with two Juno nominations behind her.

"We've been doing this a long time, like 10 years," she told the crowd.

"So if you liked it, you should just really come to the show."

She hung around onstage a little longer, admitting she didn't know how to wrap up her seemingly improvised speech.

"I'm going to get off the stage because I'm feeling weird," she finally announced.

"I'm only comfortable when I'm grunting."