The Who cuts concert short after Roger Daltrey loses voice 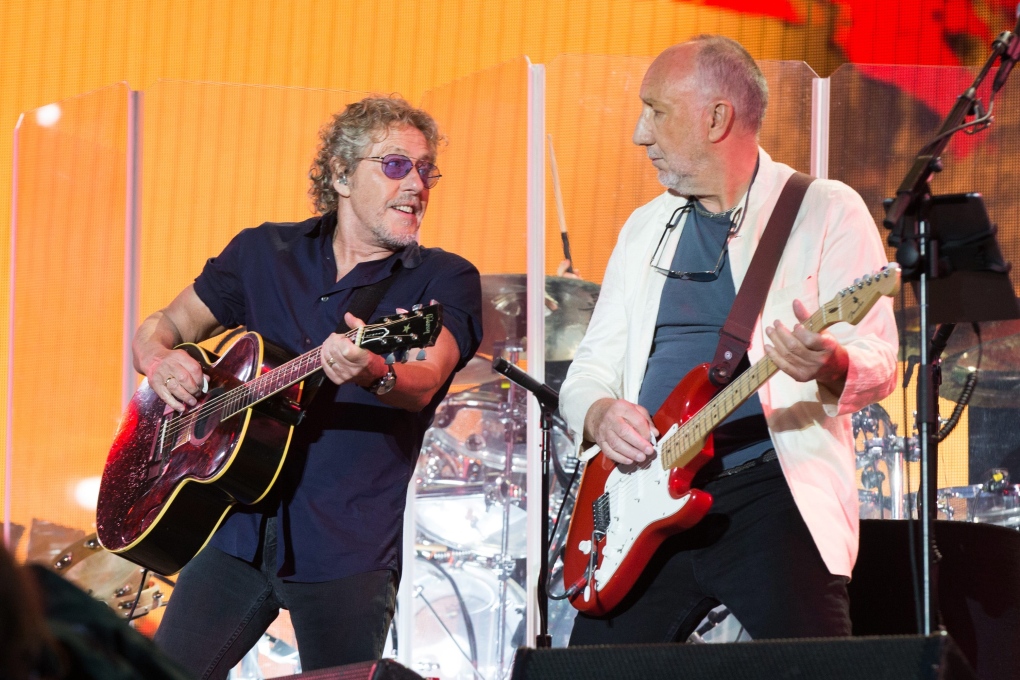 Singer Roger Daltrey and Pete Townshend of the band The Who perform at the Glastonbury music festival at Worthy Farm, Glastonbury, England on June 28, 2015. (Jim Ross / Invision)

HOUSTON -- The Who cut short a Houston concert after lead singer Roger Daltrey lost his voice midway through the event.

The legendary British rock group was eight songs into the Wednesday night concert when Daltrey told the audience, "I think I should quit while I'm ahead." Lead guitarist Pete Townsend apologized, saying Daltrey "cannot actually speak now." He promised the crowd that the band would honour their tickets at a make-good concert still to be scheduled.

The band also has postponed concerts scheduled for Friday in Dallas and Sunday in Denver.

The 75-year-old Daltrey and 74-year-old Townsend are the last original members with the band, which formed 55 years ago.