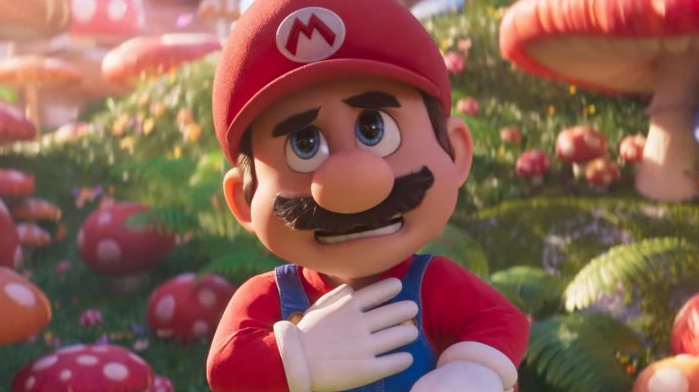 The first trailer for `The Super Mario Bros. Movie`has dropped, and fans are excited for everything except for Chris Pratt`s vocal stylings as Mario. (Nintendo/Illumination)

The first teaser trailer for the long-awaited Super Mario Bros. Movie is here — but a lack of Italian flair in Mario’s voice is leaving fans feeling like they just got hit with a Koopa shell.

Some fans are even saying the French dub of the trailer has a more accurate Mario voice.

Social media erupted on Thursday afternoon when the trailer for The Super Mario Bros. Movie, a movie centred around the popular Nintendo franchise, was dropped by animation studio Illumination.

After months of fans questioning whether American actor Chris Pratt could pull off the Mario voice, the answer was here.

The trailer opens with a dramatic scene of Bowser — the iconic central villain of the Mario Bros. video game series — attacking a kingdom of small penguins and obtaining a Super Star, a powerup from the video games that makes the player temporarily invincible.

Our hero, Mario, is introduced with a string of familiar musical notes from the video games, falling into a lush world of mushrooms.

But when Mario opens his mouth, the voice that comes out isn’t the distinctive, exaggerated Italian accent that is known as the staple sound of the Mario brothers.

Instead, the two lines we hear Mario speak in the trailer sound pretty much like actor Chris Pratt’s regular voice, many fans have noted.

“Jack Black KILLING it with his bowser while Chris Pratts Mario is literally just…his normal voice….” One Twitter user wrote.

me listening to chris pratt's voice come out of mario's mouth pic.twitter.com/yH3IKPjMBm

Chris Pratt as Mario is a prime example of why you should hire voice actors for voice acting roles because what the hell is this pic.twitter.com/rOYmQqSXEv

One tweet, which shared the French dub of trailer, praising the vocal performance as a “killer Mario,” has more than 10,000 likes as of Thursday afternoon.

When Pratt’s casting was first announced a year ago, many fans were scratching their heads. The “Guardians of the Galaxy” actor isn’t known for voice acting, nor is he Italian.

Charles Martinet, the voice actor who brings life to Mario in most of the video games, will be cameoing in the movie, but many are still wondering why he wasn’t cast as Mario.

it just makes me sad like charles martinet is an incredible performer and has poured years and years into the character, he deserved to take him to the big screen

However, apart from some contention over Mario’s voice, fans appear excited, with many cheering on the inclusion of the blue penguins first introduced in Super Mario 64 and praising the overall animation and world design.

“Chris Pratt's voice is still jarring to hear coming out of Mario but everything else in the Mario trailer looked amazing,” Twitch streamer Saberspark tweeted of the trailer. “I’m genuinely excited to see this thing.”

The trailer also gave us a hint of Luigi running from skeletons in a creepy location, implying some of the design of the Luigi’s Mansion games will be part of the films.

The film is set to have a theatrical release on April 7.