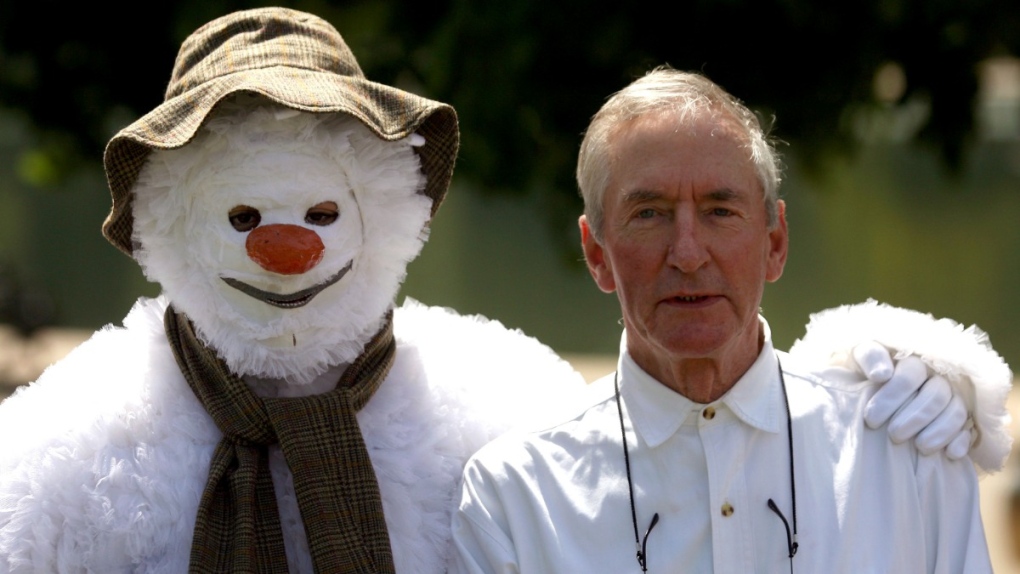 British children's author and illustrator Raymond Briggs, whose creations include "The Snowman" and "Fungus the Bogeyman," has died. He was 88.

Briggs' family said he died Tuesday, and thanked staff at Royal Sussex County Hospital in southern England "for their kind and thoughtful care of Raymond in his final weeks."

"We know that Raymond's books were loved by and touched millions of people around the world, who will be sad to hear this news," the family said in a statement released Wednesday through Publisher Penguin Random House.

Born in London in 1934, Briggs studied art and briefly worked in advertising before starting a decades-long career as a children's illustrator. He won a Kate Greenaway Medal -- considered the Oscars of children's publishing -- in 1966 for illustrating a book of nursery rhymes, "The Mother Goose Treasury."

He tweaked a fairy-tale story with "Jim and the Beanstalk," published in 1970, and won a second Greenaway award for "Father Christmas." Published in 1973, it featured a grumpy but genial Santa Claus and -- like many of Briggs' books -- was adapted for television.

"Fungus the Bogeyman," which charted a day in the life of a scary subterranean monster, disgusted and delighted children in equal measure after its publication in 1977.

The next year came "The Snowman," a bittersweet story in which a boy's wintry creation magically comes to life. The wordless book has sold more than 5.5 million copies around the world, and a 1982 animated adaptation has been shown on British TV every Christmas since.

Far more sombre was 1982's "When the Wind Blows," a story about the aftermath of a nuclear attack on Britain imbued with melancholy and anger. It was adapted as an animated film in 1986, with music by David Bowie and others.

Briggs' anti-nuclear stance made him unpopular with members of Margaret Thatcher's Conservative government. So did "The Tin-Pot Foreign General and the Old Iron Woman," a picture-book satire on the Falklands War.

Later works include "Ethel & Ernest," a poignant graphic novel based on the lives of Briggs' parents, published in 1998.

"Raymond's books are picture masterpieces that address some of the fundamental questions of what it is to be human, speaking to both adults and children with a remarkable economy of words and illustrations," she said.

Canada will be pursuing a series of new financial and immigration measures against Iran, as well expanding its sanctions regime, Prime Minister Justin Trudeau said Friday.

Nike has suspended its relationship with Hockey Canada amid an ongoing scandal of how the sports body has handled sexual assault allegations.

Shorts or a jacket (and umbrella)? Thanksgiving forecast varies across the country

Thanksgiving weekend weather is shaping up to be drastically different depending on where in the country you live.