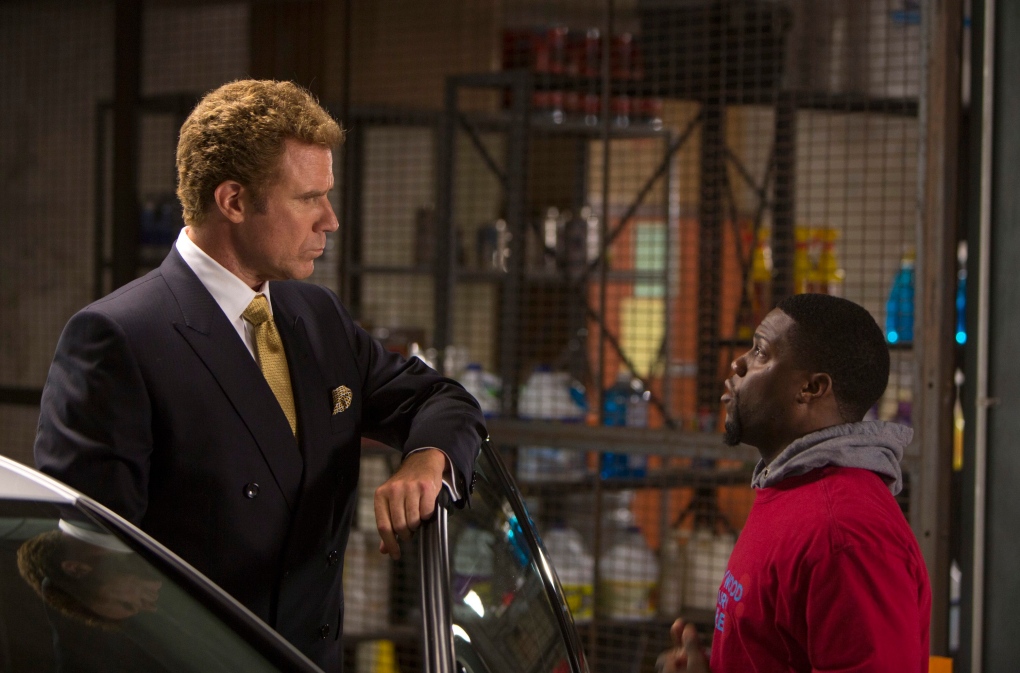 TORONTO -- Lee Steven Chapelle had heard of "Get Hard," a new flick about a white-collar criminal prepping for a prison sentence, but was surprised to learn it was a comedy.

In the movie, opening Friday, Will Ferrell plays a desperate millionaire who seeks expert advice on how to survive behind bars.

Chapelle is a real-life prison consultant, based in Ottawa, who works with the soon-to-be incarcerated and their families to ensure their time in jail is as safe, productive and brief as possible.

He has spent roughly 21 years total in prison. He was first convicted at 16 and would eventually end up in a dizzying number of minimum, medium and even maximum-security facilities.

Now, Chapelle is an author and active advocate for inmates' rights. He says he only takes on clients he believes are sincere in their desire for rehabilitation.

"That's probably counter-productive to running a business," he says, "but that's my feeling."

Chapelle spoke with The Canadian Press about some of the most common misconceptions about life in prison and how to adapt:

Collective wisdom seems to suggest that freshly incarcerated individuals should testify to their tenacity by attacking someone, anyone, right away.

"If you're a person who's built to be able to do that, great," says a chuckling Chapelle.

But such aggressiveness will only make it harder for inmates to campaign for parole later.

Instead, he recommends that those new to prison mind their own business and find other ways to prove their "savvy and experience."

Chapelle confirms that rape can be a chilling reality of prison, but he argues that it doesn't occur the way most people think.

"I advise people not to accept favours because that's potentially the opening that leads down that road," he explains.

"It's not so much a violent gang approaching you in the shower -- that doesn't fly.

"It's more about ... 'You don't have anything, let me help you,' and the next thing you know you're being manipulated."

Chapelle was a middle-class kid who stirred minor trouble as an adolescent before being convicted at 16 of a property crime.

"My parents thought: 'OK, tough love, we're going to leave you in this detention centre,"' he says, recalling his two-month stint. "By the time I came out, I was completely anti-establishment.

"That triggered a hell of a long ride for me. When I went in, I was praying to God and saying I needed to change my life. When I left, 16 years old, I felt like the toughest thing in the world."

Although Chapelle says the threat of the shiv is real, he finds the popular notion of carefully orchestrated acts of violence doesn't usually align with reality.

"We tend to envision a standoff in the yard," he says. "But for the most part, the real violence happens spur of the moment, over domestic stuff.

"It's always out of the blue, the last person you'd expect, and it develops in a moment. It's: 'You used my toothbrush!' Or: 'You stepped on the floor where I just cleaned!"'

Particularly irksome for Chapelle is the idea that Canadian jails are somehow less bleak than prisons elsewhere.

"We have our highest inmate population total in the history of Canada right now and the infrastructure is busting," he says.

"You're sleeping with your head by a toilet because there's three or sometimes four to a cell. Canadian jails are not soft."

Recently on "The Good Wife," Matt Czuchry's smooth lawyer Cary Agos prepared for jail time with a prison consultant, who advised him to find a Caucasian buddy on the inside.

Chapelle says reality isn't so black and white. As a prisoner, he considered himself an honorary member of the Black Inmates & Friends Assembly and the Native Brotherhood.

If anything, he says, religion divides. But even those lines eventually fade.

"It kind of promotes unity."