'The Joe Rogan Experience': Podcast that has sparked outrage is a hit for Spotify 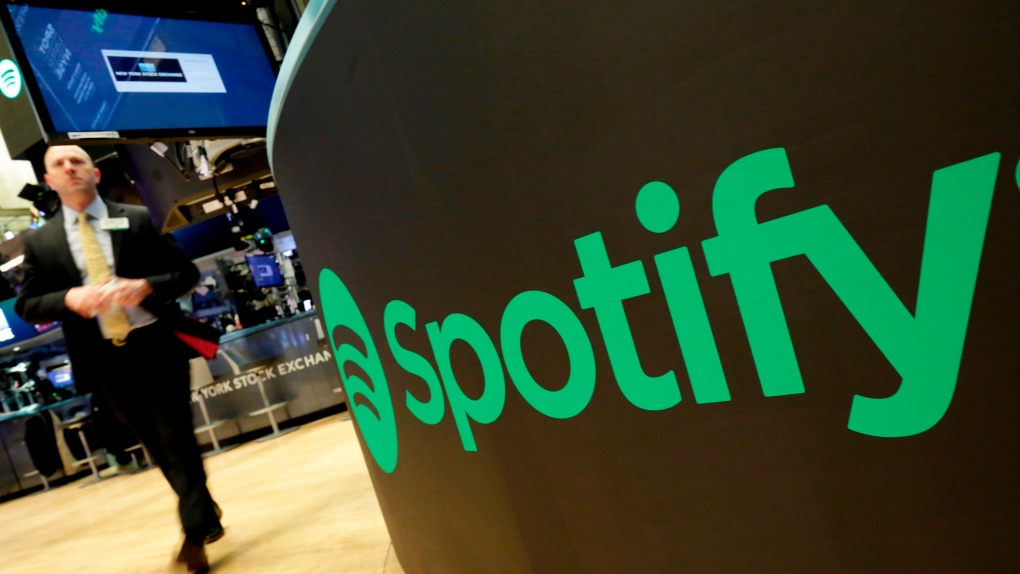 A trading post sports the Spotify logo on the floor of the New York Stock Exchange, Tuesday, April 3, 2018. Spotify, the No. 1 music streaming service which has drawn comparisons to Netflix, is about to find out how it plays on the stock market in an unusual IPO. (AP Photo/Richard Drew)

Spotify is reaping the financial rewards of betting on podcasts. But the audio streaming platform is also paying the price for the spread of misinformation.

The company on Thursday said "The Joe Rogan Experience" is now the No. 1 show in its English-speaking markets and it "outperformed our audience expectations," after the podcast was added to Spotify on September 1. Spotify also said "The Michelle Obama Podcast" was the No. 1 show on its platform globally in July and August.

Spotify reported that its advertising revenue has rebounded, which it partly attributed to podcasts, and consumption hours in the third quarter surpassed pre-pandemic levels.

While Spotify makes the vast majority of revenue from paid subscribers, ad-supported revenue grew 9% in the third quarter of 2020 compared to the year prior. Spotify said podcast listening is growing with 22% of monthly active users engaging with that content, up from 21% the previous quarter.

But Spotify has opened itself up to controversies and criticism as it invests more in the podcast industry. Thursday's earnings report comes amid a week of backlash against Spotify after Joe Rogan hosted right-wing conspiracy theorist Alex Jones on his podcast Tuesday. Two years ago, Spotify removed several episodes of a show hosted by Jones for "violating our hate content policy."

"It doesn't matter if you're Joe Rogan or anyone else," Ek said. "We do apply those policies, but it's important to note that this needs to be evenly applied — no matter if it's an internal pressure or an external pressure as well — because otherwise we are a creative platform for lots of creators, and it's important that they know what to expect from our platform. If we can't do that, then there are other choices for creators to go."

Rogan, who has long been one the most popular podcasts in the U.S., signed a multi-year exclusive licensing deal with Spotify in May, which The Wall Street Journal reported could be worth more than $100 million. In an earnings call in July, two analysts separately asked about Rogan's potential impact on bottom line and subscriber numbers.

"[T]his was the number one searched for show on Spotify that we are now including. So, I think it's going to be a very, very positive one," Ek said on the July call.

On Thursday's called, Ek said the podcast has been an "overall great success so far."

"I think the real test will come, however, when the podcast becomes exclusive at the platform, but we're very encouraged with the launch so far. It's very much been an international hit, which may have been a little bit of surprise."

But Rogan faced scrutiny from Spotify employees and consumers. Prior to the Spotify deal, Rogan courted controversy for inviting personalities such as Jones, who appeared in episodes in 2017 and 2019, to peddle conspiracy theories to his massive audience. When Spotify added "The Joe Rogan Experience" to the platform, the episodes that featured Jones and Proud Boys founder Gavin McInnes were absent.

Vice's Motherboard reported Spotify employees challenged management about Rogan's presence on the platform, specifically citing his comments about transgender people. Ek defended Rogan in an all-hands meeting, according to Motherboard.

"All content on Spotify is subject to our long-standing content guidelines. Our diverse team of experts reviewed the content in question and determined that it did not meet the criteria for removal from our platform," a Spotify spokesperson told Motherboard at the time.

Later that month, Rogan apologized after he sparked anger for spreading misinformation during an episode about the West Coast fires.

Spotify declined CNN Business' request for comment about that incident and the latest episode with Jones.

Horacio Gutierrez, Spotify's chief legal officer and head of global affairs, seemingly addressed the controversy over Jones without naming him directly in an internal memo leaked this week to BuzzFeed News. According to BuzzFeed, the memo said, "We are not going to ban specific individuals from being guests on other people's shows, as the episode/show complies with our content policies."

For the third quarter, Spotify reported 144 million paid subscribers, up 27% from the year prior and at the high end of its forecast. The company generated about $2.3 billion in revenue, up 14% from the year prior. For the next quarter, Spotify estimates that there will be 150 million to 154 million paid subscribers and revenue of $2.3 billion to $2.6 billion.