'The Hockey Sweater' musical among shows backed by arts fund 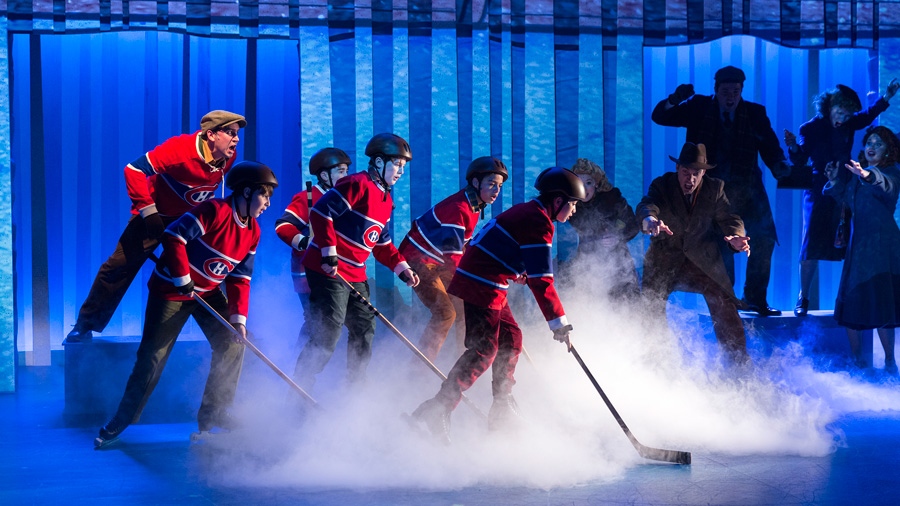 A promotional photo from 'The Hockey Sweater: A Musical' (Courtesy National Arts Centre)

OTTAWA -- A musical based on the children's book "The Hockey Sweater," a mosquito tale from DJ Kid Koala, and a multidisciplinary production about Inuit myths are among the projects being funded by The National Arts Centre.

The organization has announced nine projects that will get $1.4 million from a new fund called the National Creation Fund to support "bold and ambitious" work in music, theatre, dance and performing arts.

They include "The Hockey Sweater: A Musical," based on the classic short story by Roch Carrier and featuring eight young actors who sing, dance and skate their way through the show. It premiered last fall in Montreal and is being redeveloped for a broader audience.

Meanwhile, Kid Koala's stage project "The Storyville Mosquito" uses puppets, miniature sets, multiple cameras and screens to tell the story of a mosquito who leaves his small town to seek fame and fortune.

And the production called "Unikkaaqtuat" blends circus arts, music, theatre, and video projection to highlight Inuit people, their traditions "and vision for the future." It's a collaboration between Les 7 doigts de la main, Artcirq and Taqqut Productions, with illustrations by artist Germaine Arnaktauyok.

The arts centre says the money can be used to help fund workshops, residencies, expand creative teams and casts, and integrate new technology.

The National Creation Fund's artistic producer Heather Moore says it's meant to give new work the time and resources it needs to reach "its potential, resonate with audiences, and be presented widely beyond its premiere."

Artcirq's co-artistic directors Terry Uyarak and Guillaume Saladin say they are excited by the financial support.

"Here at Artcirq, we have been dreaming for a very long time about a show that is at the same level as shows down south. And now, we are coming!" the duo said in a release issued Thursday.

The fund plans to invest up to $3 million in 15 to 20 projects a year. The next round of recipients will be announced in the fall.

Other projects announced Thursday include: