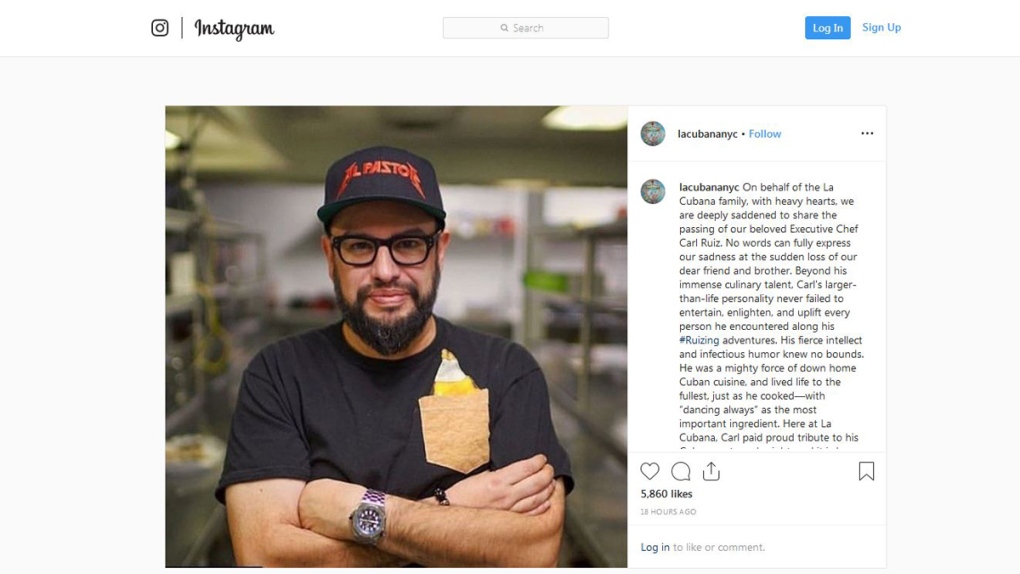 NEW YORK -- Television celebrity chef and restaurateur Carl Ruiz has died. He was 44.

The restaurant said "no words can fully express our sadness at the sudden loss of their dear friend and brother." The cause of death was not immediately clear.

An Institute of Culinary Education graduate, Ruiz made frequent appearances on The Food Network channel as a competitive chef and judge. He also opened a slew of restaurants around the world.

La Cubana, his most recent restaurant, opened in Manhattan's Chelsea neighbourhood in June and features the cuisine of his Cuban heritage. The restaurant said it plans to honour Ruiz's memory by establishing a scholarship for aspiring chefs.