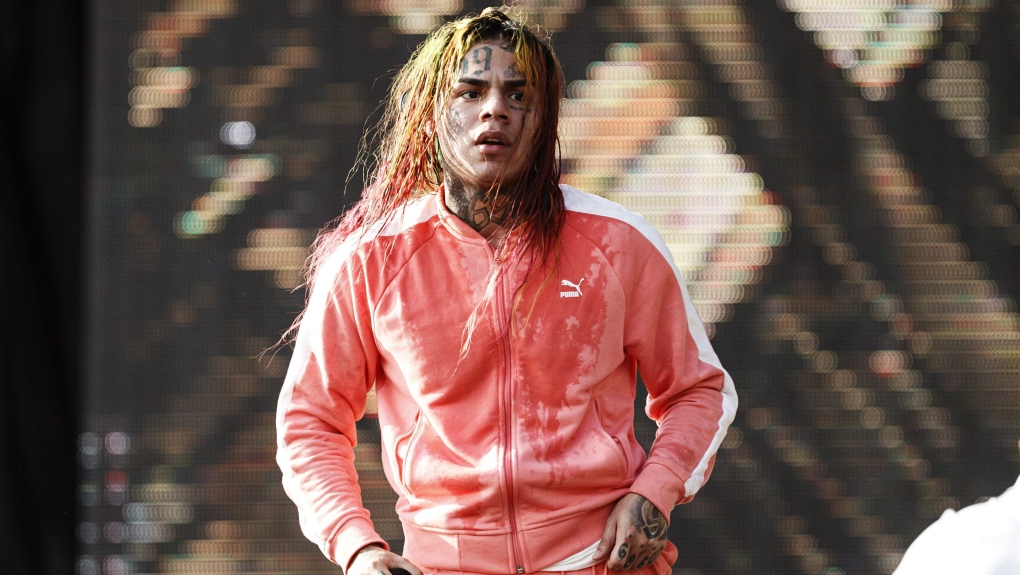 NEW YORK -- The judge who sentenced the rapper Tekashi 6ix9ine to prison said Wednesday he would have ordered home confinement instead if he had known about the coronavirus in December.

U.S. District Judge Paul A. Engelmayer commented in a written order even as he rejected a lawyer's request that the 23-year-old performer, whose real name is Daniel Hernandez, be confined at home for the remaining four months of his two-year prison term.

He said he didn't have legal authority to change the sentence, which prosecutors pointed out when they opposed the request.

But he added that he was issuing "instructive guidance" that the Bureau of Prisons can use if it considers an application by Tekashi 6ix9ine for early release to home confinement.

He cited Tekashi 6ix9ine's heightened vulnerability to the virus because he has asthma.

Engelmayer said he "could not have known that the final four months of Mr. Hernandez's sentence would be served at a time of a worldwide pandemic to which persons with asthma, like Mr. Hernandez, have heightened vulnerability."

He added: "Had the Court known that sentencing Mr. Hernandez to serve the final four months of his term in a federal prison would have exposed him to a heightened health risk, the Court would have directed that these four months be served instead in home confinement."

The performer who is expected to be released July 31 also was diagnosed in October with bronchitis and sinusitis, defence attorney Lance Lazarro wrote in a letter to the judge on Sunday.

Lazarro said his client had complained to prison authorities in recent days of shortness of breath but was not permitted to be taken to a hospital even though his facility's medical director had recommended it.

The lawyer said the rapper is serving his sentence in a private jail because he co-operated with prosecutors and because the government has control of him as a co-operator.

After Engelmayer issued his order Wednesday, Lazarro said in an email that it was "a strong recommendation to the BOP to release him immediately."

Tekashi 6ix9ine's testimony against members of the Nine Trey Gangsta Bloods gang earned him leniency from charges that could have subjected him to a mandatory minimum 37 years in prison for crimes that included orchestrating a shooting in which an innocent bystander was wounded.

The judge at sentencing called his co-operation "game changing" as well as complete and brave while Tekashi 6ix9ine expressed remorse.

In 2018, he had a multiplatinum hit song, "Fefe," with Nicki Minaj, which peaked at No. 3 on the pop charts, and "Stoopid," featuring imprisoned rapper Bobby Shmurda.