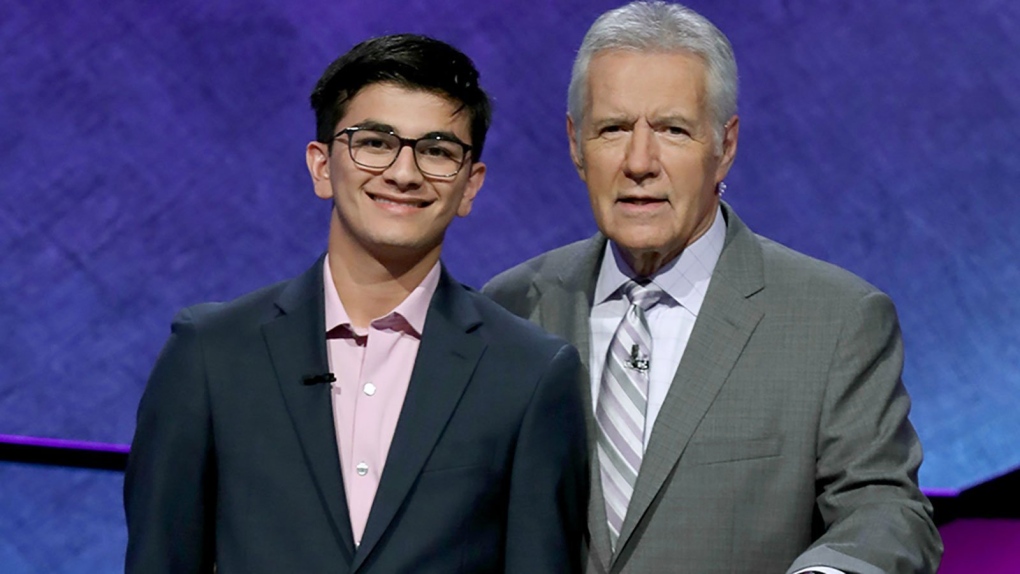 Avi Gupta won the 2019 "Jeopardy!" teen tournament in June. He said Trebek is someone he's always looked up to. (CNN via Jeopardy Productions Inc)

Avi Gupta crushed a teen "Jeopardy!" tournament this summer, taking home US$100,000, and he's donating some of his winnings to cancer research in honor of his new buddy Alex Trebek.

In time for Pancreatic Cancer Awareness Month, the 18-year-old donated more than US$10,000 for pancreatic cancer studies at the Knight Cancer Institute in Oregon.

Gupta's donation will also promote early detection of pancreatic cancer -- something Trebek himself advocated for in an October PSA. The legendary host announced his stage 4 pancreatic cancer diagnosis in March.

In a Twitter clip, the Columbia University freshman said he was inspired to give by Trebek, who hosted the June tournament he conquered and is "someone I looked up to my whole life."

Ever the brainiac, Gupta sneaked a math reference into his gift: US$10,314. Those last three digits are a reference to pi, a number he told CNN affiliate KATU represents his "lifelong love of learning and math and science" that eventually led to his "Jeopardy!" win.

He's appeared on the show for 35 years. In October, Trebek said he'll continue to host it as long as his "skills do not diminish," though he may quit if his condition worsens.

This #PancreaticCancerAwarenessMonth, join us in the fight to #EndCancer. Working with Alex on @Jeopardy was an honor, and I hope the #Jeopardy community will join me in honoring him. #InspiredBy https://t.co/ZOloI3vzwO