Taylor Swift tops Whitney Houston's record for most weeks at No. 1 on the Billboard 200 chart 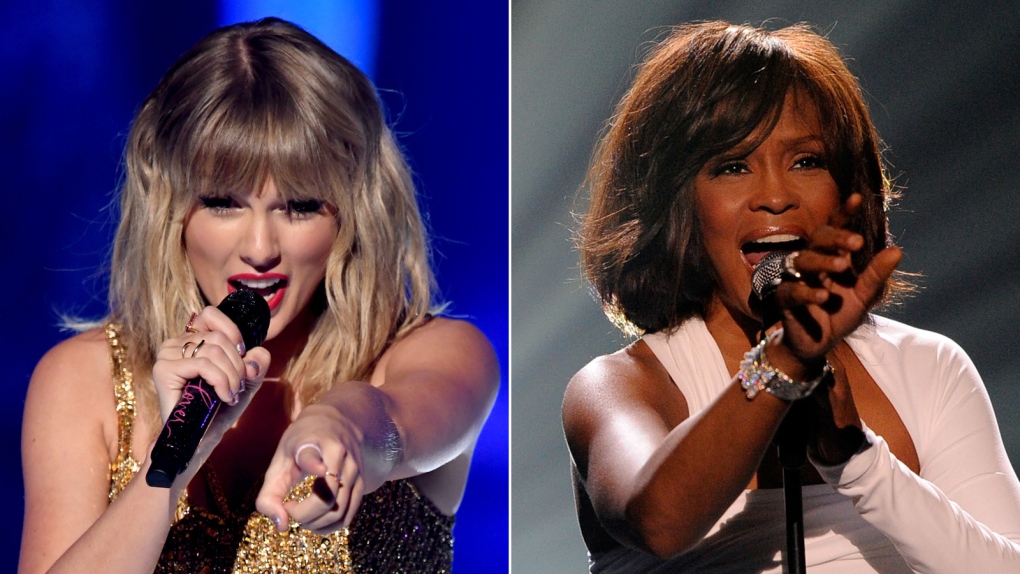 Taylor Swift has surpassed Whitney Houston for the most weeks at No. 1 by a woman on the Billboard 200 album chart.

Swift's latest, "Folklore," has sat on top for seven non-consecutive weeks, giving her a total of 47 weeks, one more than Houston.

Swift had a recent boost following the Academy of Country Music Awards, where she performed "Betty" off "Folklore" live and released it as a single shortly after.

Houston hit No. 1 with her "Whitney Houston" debut in 1986, and then with "Whitney," "The Bodyguard" soundtrack and "I Look to You."

The Billboard 200 ranks the most popular albums in the U.S. based on album sales. The Oct. 3 chart will be posted Tuesday.