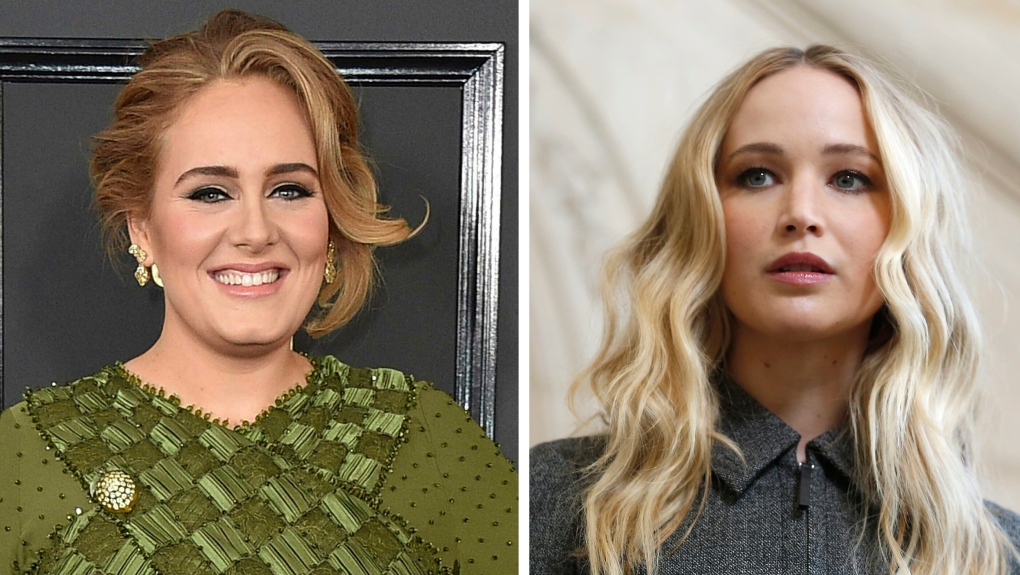 NEW YORK -- Bar patrons in New York's Greenwich Village were in the right place at the right time when Adele and Jennifer Lawrence showed up.

The Daily News reports Grammy-winning singer Adele and her Oscar-winning actress pal hit the gay bar Pieces on Friday night, to the delight of the crowd.

They drank and danced and schmoozed, hugging shirtless men and taking selfies while the crowd applauded.

They danced to Kylie Minogue and played a drinking game.

And Adele participated in a game show hosted by a drag queen and introduced herself as a married, stay-at-home mom.

Adele has long been a favourite in the LGBTQ community. She told Time magazine in 2015 that she couldn't wait to find out who her young son's "girlfriend or his boyfriend is going to be. ... Whatever my kid wants to do or be I will always support him no matter what."

I’M AT PIECES AND ADELE AND JENNIFER LAWRENCE ARE HERE LMFAOO pic.twitter.com/sQfzOcRJmh

And @Adele is on stage at Pieces tonight. Oh boy, this is fun pic.twitter.com/e7fesvNIEI

#JLaw tackles @Adele. @thebritafilter: “Jennifer you don’t need to do that. This isn’t the Hunger Games.” pic.twitter.com/E45ldYV3ie