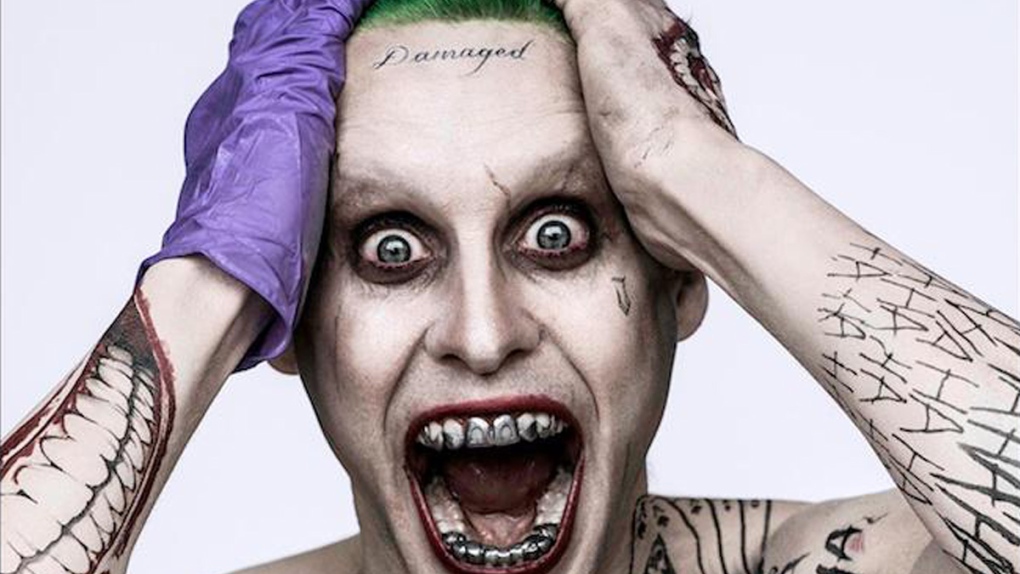 Jared Leto is shown as the Joker in this image from 'Suicide Squad' director David Ayer. (David Ayer / Twitter)

A sensitive segment of the DC Comics fanbase is lashing out at Rotten Tomatoes over the abysmal critical response to "Suicide Squad."

A petition on Change.org is calling for the movie review site to be shut down, "because It's (sic) Critics always give The DC Extended Universe movies unjust Bad Reviews." The petition accuses Rotten Tomatoes of affecting people's opinions, even if the films are "really great."

More than 10,000 individuals had signed the petition by Wednesday morning.

A review embargo on "Suicide Squad" lifted on Tuesday, opening the floodgates for a tide of negative reviews from all corners of the entertainment world. The film had a 33 per cent score on Rotten Tomatoes Wednesday, based on 72 reviews aggregated from critics. Films that score below 60 per cent are tagged "rotten," while those at 60 per cent and above are considered fresh. "Certified Fresh" films are those with a steady score of 75 per cent of higher, based on more than 80 reviews.

"Suicide Squad" pits characters Deadshot (Will Smith), Harley Quinn (Margot Robbie) and a team of dastardly supervillains against an even greater evil threatening to destroy the world. Most critics praised Robbie as a bright point in an otherwise lacklustre, nihilistic and uninspired film from director David Ayer.

"'Suicide Squad' boasts a talented cast and a little more humour than previous DCEU efforts, but they aren't enough to save the disappointing end result from a muddled plot, thinly written characters, and choppy directing," the critical consensus says on Rotten Tomatoes.

Rotten Tomatoes does not directly review films. Instead, it collects reviews from newspapers and websites to develop a percentage-based rating for each film. That means the awful score for "Suicide Squad" isn't Rotten Tomatoes' fault – the score is derived from dozens of critics working at many different news outlets.

User Abdullah Coldwater, who launched the petition on Tuesday, acknowledged in a later post that he knows his efforts won't get Rotten Tomatoes shut down. "The aim of this petition is to deliver a message to the critics that there is a lot of people (who) disagree with their reviews," he wrote.

"Suicide Squad" is the third straight DC Comics-inspired film to receive a "rotten" rating on Rotten Tomatoes. "Batman v. Superman: Dawn of Justice" currently sits at a 27 per cent, while 2013's "Man of Steel" scored a 55 per cent. Both films were directed by Zack Snyder, who is also slated to direct the superhero team-up "Justice League." A "Wonder Woman" film is currently in the works, with big-screen adaptations of the Flash, Batman and Cyborg also expected in the coming years.

"Batman v. Superman" made US$170.1 million in its first weekend in North America, but negative buzz led to a 68 per cent drop in ticket sales during its second weekend at the box office. The underwhelming results led to a major shakeup in DC's film division.

"Man of Steel," "Batman v. Superman" and "Suicide Squad" are all part of a shared film universe designed to compete with the Marvel Cinematic Universe, which includes Iron Man, Captain America, Spider-Man and the Avengers franchise.