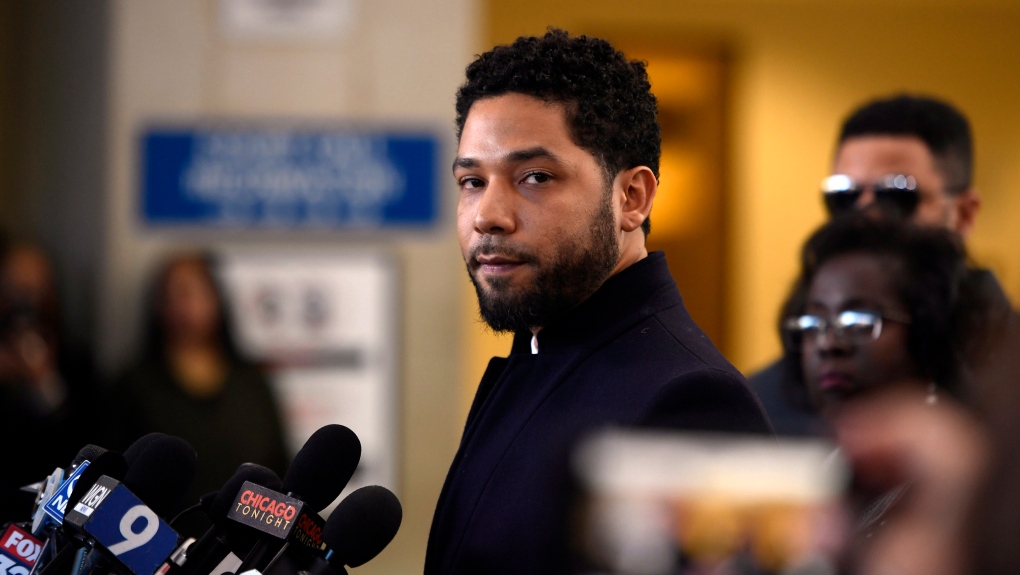 In this March 26, 2019 file photo, Actor Jussie Smollett talks to the media before leaving Cook County Court after his charges were dropped, in Chicago. (AP Photo/Paul Beaty, File)

CHICAGO -- Cook County State's Attorney Kim Foxx says the work of a special prosecutor investigating why her office dropped charges against Jussie Smollett accusing the actor of staging an attack on himself has begun.

Her remarks to reporters Tuesday were her first extensive comments since a judge Friday appointed former U.S. Attorney Dan Webb as special prosecutor.

Foxx said Webb "reached out" and the "process is already underway." She added she'd be "fully co-operative" and looked forward to "lessons" her office "can learn."

Foxx faced criticism for scant, contradictory explanations for why charges were dropped . Smollett still insists he was the victim of a racist, anti-gay attack.

Foxx expressed some frustration at how Smollett's case has consumed her office's time. And she said it's "unfortunate" that "the integrity of the office is being judged by one case."