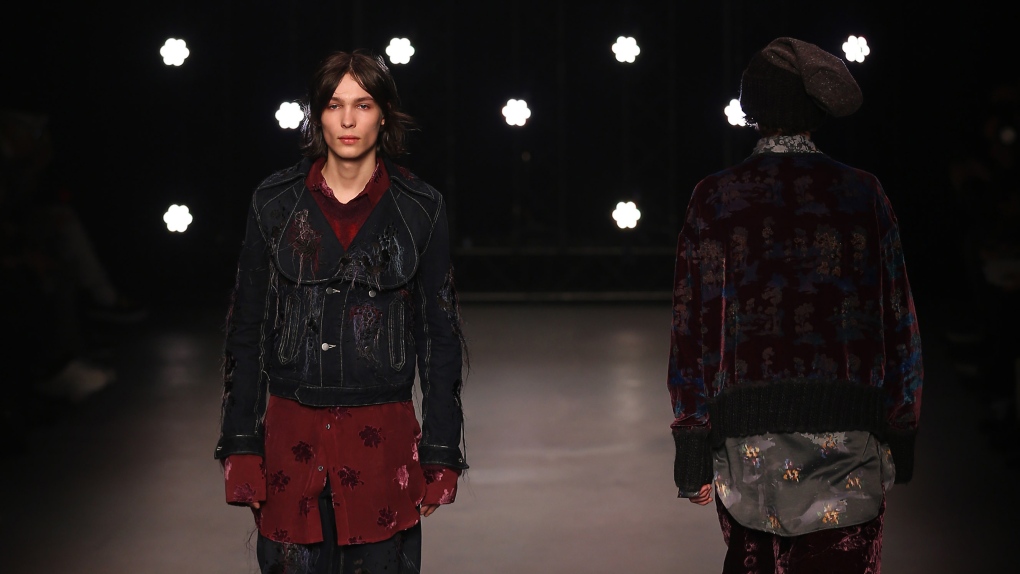 LONDON -- Leaping from the traditional to the radical, the men's edition of London fashion week opened on Friday with shows from country gentleman label Barbour and young urban designer Nasir Mazhar.

Fashion VIPS, buyers and journalists gathered under the elegant arch of the Swiss church in central London to catch a glimpse of Barbour's autumn/winter 2016 collection, the first of dozens of shows to be held before the event wraps up on Monday.

An intermittent spotlight, mimicking a lighthouse, illuminated the stage as the soothing sound of breaking waves filled the room.

"The collection is inspired by the Beacon that has stood watch at the mouth of the River Tyne in the North East of England since 1882," the label said in a statement.

The Barbour man will be wearing black and sienna trousers next winter -- tight to the ankle -- and leather boots.

The label, founded in northeast England in 1894, also showcased modern twists on its classics, including its famous waxed canvas jackets.

"We have taken inspiration from out history and archive to create strong looks that remain true to Barbour's DNA in modern, contemporary pieces that represent what Barbour is today," said Ian Bergin, the label's director of menswear.

At nearby Victoria House, but a world away in atmosphere, audacious young designer Nasir Mazhar presented his street-inspired collection.

To the sound of a relentless electro beat, Mazhar promised to conjure "a club world of individual characters unified by darkness", delivering a confusing and provocative collection mainly in black.

The London-born designer set the tone with an ensemble that included an upturned black bucket gilded with strips of tissue worn on the model's head, recalling Star Wars arch-villain Darth Vader.

Mazhar said that the collection reflected the "creative freedom" of his "non-commercial, purely creative beginnings".

These models, "are just people of my generation, of my society," he told the press. "We see all kinds of people in London."

The opening day was rounded off with a return to the more conventional, as Topman Design showcased its 1970s inspired collection marked by orange, brown and floral motifs.

The suits were baggy, worn with slip-on shoes and occasionally paired with silk bathrobes and coats.

Sales in men's fashion leapt by 22 per cent in Britain to US$19.6 billion between 2009 to 2014, according to market researcher Mintel.

Following London, the male fashionista will pack his bags for Milan next week, followed by Paris and then New York.