'Star Wars: The Force Awakens' director J.J. Abrams on struggling 'not to be a fanboy' 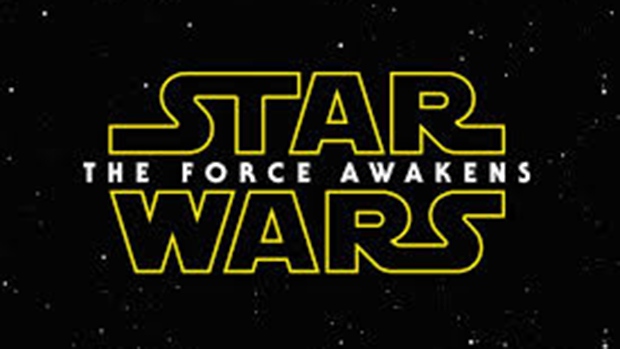 NEW YORK -- Imagine for a moment the peculiar experience of finding yourself in the Arabian desert, telling C3PO what to do.

Such was the case for J.J. Abrams, who -- despite his own trepidation -- stepped into George Lucas' space opera with the monumental task of meeting the Death Star-sized expectations that await "Star Wars: The Force Awakens." For the 49-year-old Abrams, who grew up a "Star Wars" fan, part of the challenge was coming face to face with a fantasy world he knew and loved.

"That was a constant in the production of the movie: moments where we would all look around and realize what we were doing and gasp a little bit and then dive back in," Abrams said in a recent interview before ducking back into editing. "When you're on the set of the Millennium Falcon or staring into the eyes of C3PO giving direction, it's pretty easy to have that fanatic part of you bubble up. But our job was to be there to tell this story, not to be a fanboy."

Thanks to those fanboys and girls (many of whom are now men and women), there's no more anticipated movie this fall than "The Force Awakens" (due out Dec. 18). The rollout began months ago, whetting the rabid appetites of "Star Wars" fans with an IV drip of footage, still pictures and trailers.

Enthusiasm, which might have waned after the disappointment of the last trilogy, is again reaching lightspeed, thanks to promising new elements (like the rolling droid BB-8), the return of original cast members and Abrams, himself, already the trusted hero of another galaxy: "Star Trek."

Abrams is the New Hope of a franchise (now a Walt Disney Co. property) already preparing to fire out a meteor storm of sequels and spinoffs. Billions are at stake, but the Force, they say, is strong. "Star Wars" Episode Seven is expected to surpass $500 million worldwide in its opening weekend alone.

It almost wasn't to be. Intending to focus on original material, Abrams initially balked at inheriting "Star Wars," but was persuaded by producer Kathleen Kennedy, president of Lucasfilm.

"She and I were talking about what this world would be, this universe, nearly 40 years after Episode Six and the idea that these characters would have lived on. And yet there would have been this new generation that may not know at all who these characters were, or had heard of them but not necessarily believed that they were real," says Abrams. "It felt like such fertile ground."

That means a mix of familiar, if now older, faces (Harrison Ford, Carrie Fisher, Mark Hamill, Peter Mayhew as Chewbacca) and new ones (among them Oscar Isaac, Adam Driver, Max von Sydow) that will tether "The Force Awakens" to the original films.

It was made with extreme secrecy, always under the threat of leaks, and under the watchful eyes of "Star Wars" devotees. Fans have dissected every frame, analyzing everything from the physics of a briefly glimpsed lightsaber to the interior design of a TIE fighter.

Working in the midst of that extreme passion, Abrams says, was more incentive than pressure cooker.

"It is on the one hand incredibly and understandably stressful because you've got the anticipation and expectation that comes with this world that George created," he says. "And on the other hand, it's something that I would never complain about or look at as a negative because it is excitement and anticipation and passion for this world that got me excited not just to be involved with this movie but be involved with moviemaking."

The Force is a mystical, invisible power, but the stuff of "Star Wars" -- the matter of its galaxy -- is tactile: the melancholy horizon of Tatooine; the lush forest of the Ewok planet Endor; the spilled innards of a Tauntuan. These are the tangible qualities that lent Lucas' films an exotic, hand-crafted realism.

Realizing this, Abrams endeavoured to marry modern CGI tools with old-school effects and real sets. That strategy, he says, paid off in capturing the spirit of "Star Wars."

"I can't think of something that we did that doesn't look and feel more authentic that I wish we had done differently," says Abrams. "Wherever possible, whenever possible, we tried to do things as much in camera as we could. And that meant that a lot of artists on that side of things were building things not with pixels but with wood and paint and foam and actually constructing sets that we could have done in post. It gave the actors the actual location, the actual sunlight or stage light something to bounce off of, and the movie a feeling of being in an actual location and not an artificial one."

Though that meant some hot days in the Abu Dhabi sun and the occasional studio set difficulties (production was shut down when a hydraulic door fell on Ford, fracturing his leg), it was worth it to Abrams.

"It was really nice to not have to also worry about: Will that ship look good on camera? Because we actually had it. We were actually filming it," he says.

Such an approach was a way to keep the fantasy grounded, and it typifies the entire production: a melding of new and old, fantastical and authentic.

Yet as much as Abrams tried to keep his inner fanboy at bay, he did grant one "marvel": seeing Fisher, Hamill and Ford slide back into their iconic characters.

"What was incredible from my point of view was how apparently easily they flipped back into these roles," says Abrams. "I knew for a fact, for example, that Harrison Ford was going to be in this movie, but I couldn't be certain that Han Solo would be. Meaning, I hadn't seen Han Solo return after nearly 40 years, either. And it wasn't until we got on set that I got my answer. It was a remarkable thing to see how effortlessly Harrison Ford became Han Solo again."