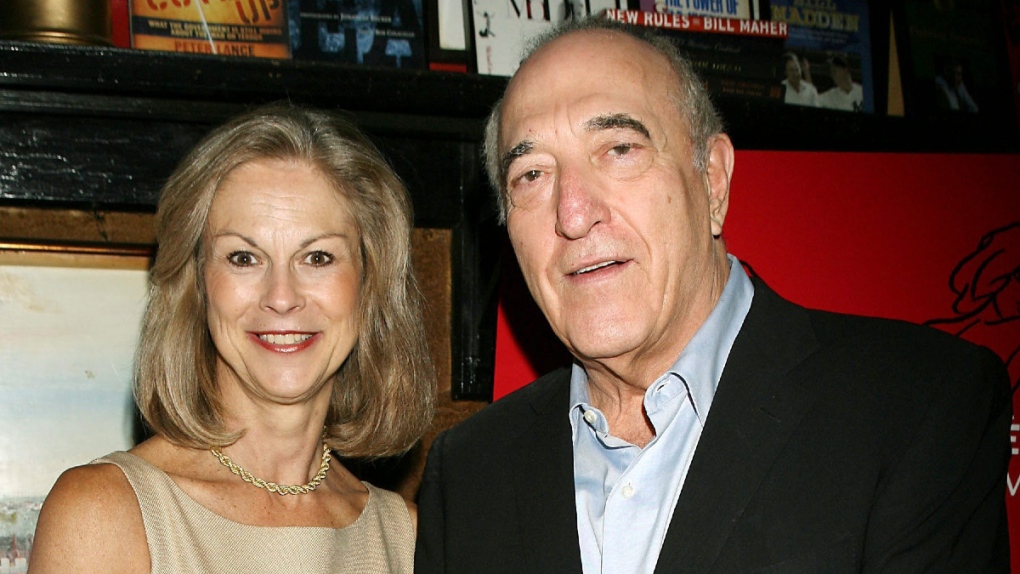 NEW YORK -- Bruce Jay Friedman, an Oscar-nominated screenplay writer and popular playwright and author known for the wry comedy and subtle pathos of such novels as "Stern" and "About Harry Towns" and for his scripts for "Splash" and "Stir Crazy," has died at age 90.

Son Kipp Friedman told The Associated Press that he died Wednesday in New York City. He cited no specific cause.

Bruce Jay Friedman's stories of modern angst appealed to fans and critics of plays, films and books. His successes on stage included "Scuba Duba" and "Steambath," while fiction readers enjoyed "Stern," an urban Jew's unhappy transition to suburban life; and "About Harry Towns," the sex and drug adventures of a screenplay writer not quite able to enjoy his freedom.

Author of more than a dozen books, Friedman was a favourite Hollywood wordsmith, whether for his work on "Splash," for which he shared an Academy Award nomination, or as the author of a comic take on bachelorhood that became the Steve Martin comedy "The Lonely Guy." His acting credits included Nora Ephron's "You've Got Mail" and Woody Allen's "Husbands and Wives."

His professional life was mirrored by an A-list social life. He talked books with Philip Roth and William Styron, endured the drunken taunts of Norman Mailer, lunched with Mel Brooks and attended a birthday party for "Stir Crazy" star Richard Pryor.

Among his closest friends were two of the most popular authors of the 1960s and '70s, Joseph Heller and Mario Puzo. In his 2011 memoir "Lucky Bruce," Friedman remembered Puzo discussing a book he was working on and asking Friedman what he thought of the title.

"Frankly, it doesn't do much for me," Friedman told him as the two smoked cigars at the Beverly Hills Hotel. "It sounds too domestic."

Puzo disagreed and the book would be known to millions by the title he preferred, "The Godfather."

Friedman, descended from Jewish immigrants, was born and raised in New York City and studied journalism at the University of Missouri. He loved adventure stories as a child and began thinking seriously about writing a novel while in the Air Force in the early '50s, when a commanding officer gave him copies of J.D. Salinger's "The Catcher in the Rye," Thomas Wolfe's "Of Time and the River" and James Jones' "From Here to Eternity."

"I read the books in close to one weekend and it was my only epiphany: a Jewish guy can have an epiphany," he told The Believer in 2008. "I thought, `Wouldn't it be wonderful to try something like that?"'

He debuted in 1962 with "Stern," which he completed while commuting between the Manhattan office where he worked as a magazine editor and his home on Long Island. The book's portrait of a troubled family mirrored his own. He had married the model and acting teacher Ginger Howard in 1954 and soon regretted it, although they did not divorce until 1978. (He married Patricia O'Donohue five years later). His four children included the writers Josh Alan Friedman and Molly Friedman Stout, the cartoonist Drew Friedman and the Kipp Friedman, a photographer.

Life often provided him the best material. In "Lucky Bruce," he remembered acting on a dare to write a short story in two hours and drawing upon an encounter during his honeymoon in Florida with Howard, who one day was napping in their hotel room.

"Overtired, unable to sleep, I struck up a conversation with a young woman at the pool and found her intriguing," he wrote. "So much so that I wondered, `What if I'd made a mistake and married the wrong person?"'

The story was called "A Change of Plan," which became the acclaimed 1972 comedy "The Heartbreak Kid," starring Charles Grodin, directed by Elaine May and written by Neil Simon. (A remake starring Ben Stiller was released in 2007).

Like so many Easterners and men of letters, Friedman was suspicious of Hollywood, but indulged nonetheless. In the early 1980s, he received a call from an executive at United Artists, Claire Townsend, who suggested a romantic comedy centred on a "Lonely Guy"-inspired man and a mermaid, which became the Tom Hanks hit "Splash." The 1984 film was a mixed reward for Friedman, who shared an Oscar nomination with three others for best screenplay but whose original script was substantially revised.

"I felt it had been cheapened. Still there was no arguing with the results," he later wrote. "I made some money. Little girls kept telling me how much they loved it.

"When I mentioned my disappointment to John Eskow, a very good screenwriter, he said, 'Hey, it's a living."'