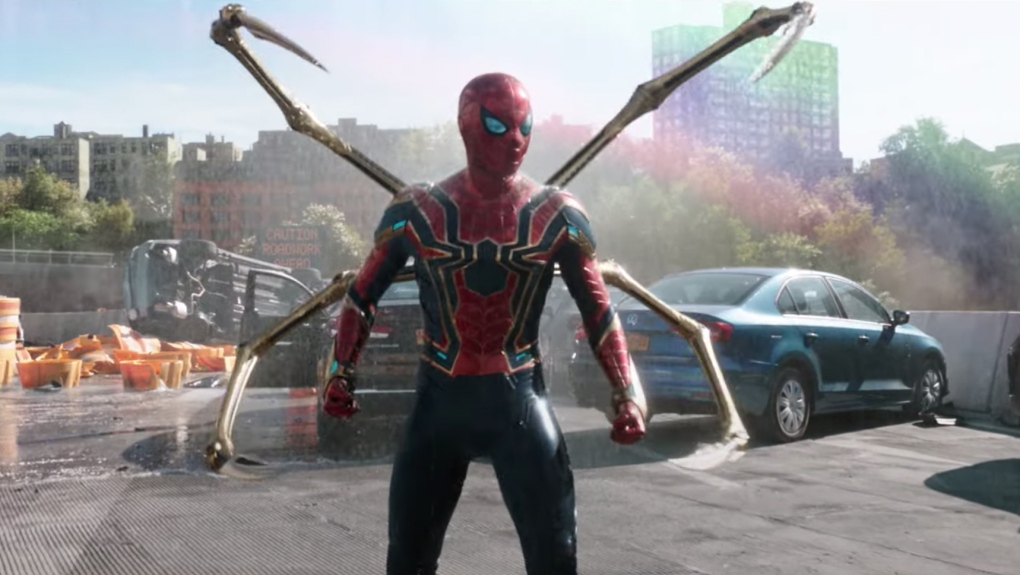 Fans complained on social media Monday that ticket sites such as AMC were backed up. This delayed them from getting advance tickets to the newest film featuring the web-slinging hero, which hits theatres on December 17.

The demand is a good sign for cineplexes, which could use a major blockbuster to end 2021 on high note after yet another challenging pandemic year. More importantly, after months of films slowly returning to theatres, a big hit could build momentum further into 2022.

While 2021 produced several comparative successes — including "Shang-Chi and the Legend of the Ten Rings," "F9: The Fast Saga" and Venom: Let There Be Carnage" — those films were blockbusters of the pandemic era, and could have been bigger if not for the health crisis. Ticket sales were constrained by Covid restrictions and moviegoers' slow return to theatres.

But now "No Way Home," which is being released by Sony, could more closely resemble a blockbuster from the pre-pandemic era. The film is set to be the biggest moneymaker of 2021, and it could be the first of the year to open to US$100 million in the U.S.

Big pre-pandemic films such as 2019's "Avengers: Endgame" and the new Star Wars films of the last decade also overloaded theatre sites when tickets first went on sale — and those films went on to break box office records. Sony and theatre operators are hoping "No Way Home" can do the same.

So why is there so much anticipation around "No Way Home"? Spider-Man has been one of the most reliable brands at the ticket booth: The title role, which has been played by multiple actors over the years, has anchored films that have made more than US$6.3 billion at the global box office since 2002.

And rumour has it some of those previous Spider-Man actors, Tobey Maguire and Andrew Garfield, could join current star Tom Holland in the new movie. The "No Way Home" storyline revolves around Holland's Peter Parker trying to erase reality with the help of Doctor Strange after Parker's secret identity is revealed. That allows some former villains such as Alfred Molina's Doctor Octopus to show up — so it's possible some previous Spideys will too.