'SNL' brings back Jason Sudeikis' Joe Biden to help out the U.S. president 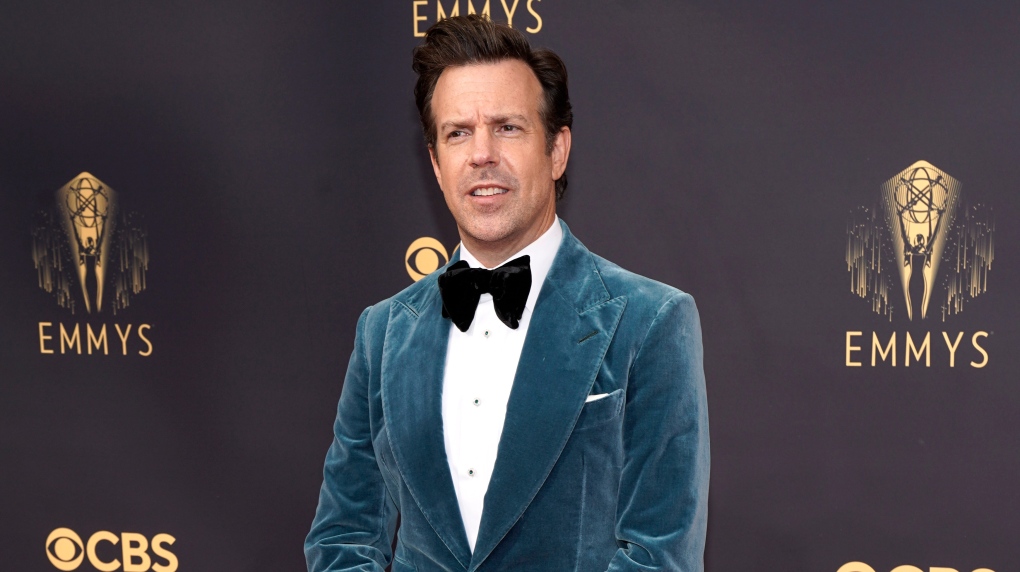 "Saturday Night Live" offered audiences not one, not two, but three Joe Biden's on Saturday night.

The NBC variety show opened Saturday's episode with U.S. President Biden, played by James Austin Johnson, bummed out that no one likes him as much as they used to.

"I don't understand. People used to like me. The press would call me 'Uncle Joe.' I miss the old me. Where the hell did that guy go?" Johnson's Biden asked.

Then a ghostly fog filled the Oval Office and Jason Sudeikis, who is hosting this weekend's episode, appeared as U.S. Vice President Joe Biden -- a character he famously played when he was a cast member on the show.

He then told new Biden that he was "the Ghost of Biden Past," and explained that where he comes from, he's still VP, which is an easy gig.

"We're like America's wacky neighbor," he said. "We just pop in with an ice cream cone, some aviator shades, finger guns."

Old Biden then told Johnson's Biden to loosen up and started rubbing his shoulders and smelling his hair.

The new Biden explained that it was harder for him to have fun because the "last President ruined everything" by doing things like serving McDonald's at the White House and getting into fights with the Pope.

Then another fog appeared and yet another Biden, played by Alex Moffat, appeared. Moffat briefly played Biden last season.

"Who the hell are you?" Sudeikis' Biden asked.

"From when" Sudeikis' Biden asked.

The Ghost of Biden Past then said he should be getting back to 2013, but Johnson's Biden didn't want him to go.

"Of course you can," Sudeikis' Biden said. "Because guess what, buddy, you are me. And now I want you to stand tall, flash those 100% natural choppers we got and remember we may be from different eras, but at the end of the day we're both Joe freakin' Biden."

Then two Biden's came together to say the show's signature catchphrase, "Live... From New York! It's Saturday night!"