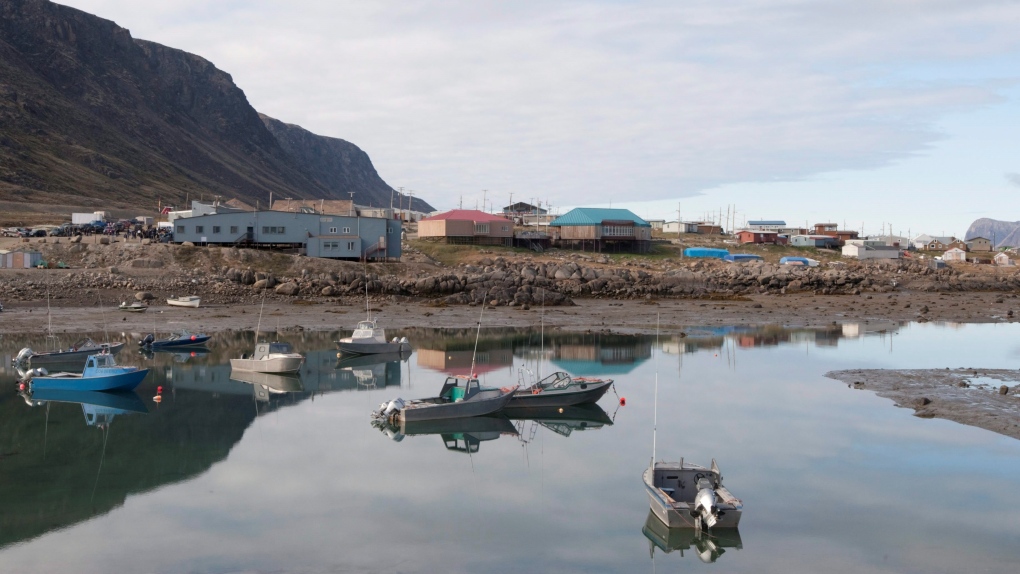 The harbour in the hamlet of Pangnirtung is seen at low tide Thursday, Aug. 20, 2009. Adrian Wyld / The Canadian Press

Canada’s largest territory is the backdrop for an Indigenous-focused alien movie.

Pangnirtung is located on Baffin Island and is a remote fly-in community.

The movie was filmed in the hamlet, and follows the young women during what they initially believe to be a typical summer in the Arctic. Instead, the teenagers stumble on an alien and take it upon themselves to save the sleepy town.

As the young women track down more aliens, it’s up to them to stop them, using makeshift weapons and their knowledge of hunting.

Director Nylan Innuksuk is the founder of Mixtape VR and is best known for being the co-creator of Marvel Comics’ "Snowguard," which follows the story of an Inuk teen who discovers she has powers.

Health care has surpassed inflation and jobs as the top national issue of concern, according to Nanos Research’s weekly tracking, as Canadians read reports of hospital emergency rooms under strain and a 'tripledemic' of flu, RSV and COVID-19 cases spiking across the country.

Four men are facing dozens of charges after a years-long drug-trafficking investigation that police say disrupted the expansion of the Hells Angels motorcycle gang on Vancouver Island.

Canada exits the 2022 FIFA World Cup with three losses to its name, registering the joint-worst record in tournament history, but head coach John Herdman and his players remain hopeful the program can become something special after this jolting learning experience.

From boosting cash on hand to cutting staff, Canadian banks are taking a variety of strategies to prepare for a widely expected economic slowdown in the year ahead.